I have lived and worked in Afghanistan (you remember) for almost a year. I send regular news and personal analysis on what is happening on the ground. Check the short security reports I have attached. More companies are pulling out weekly. 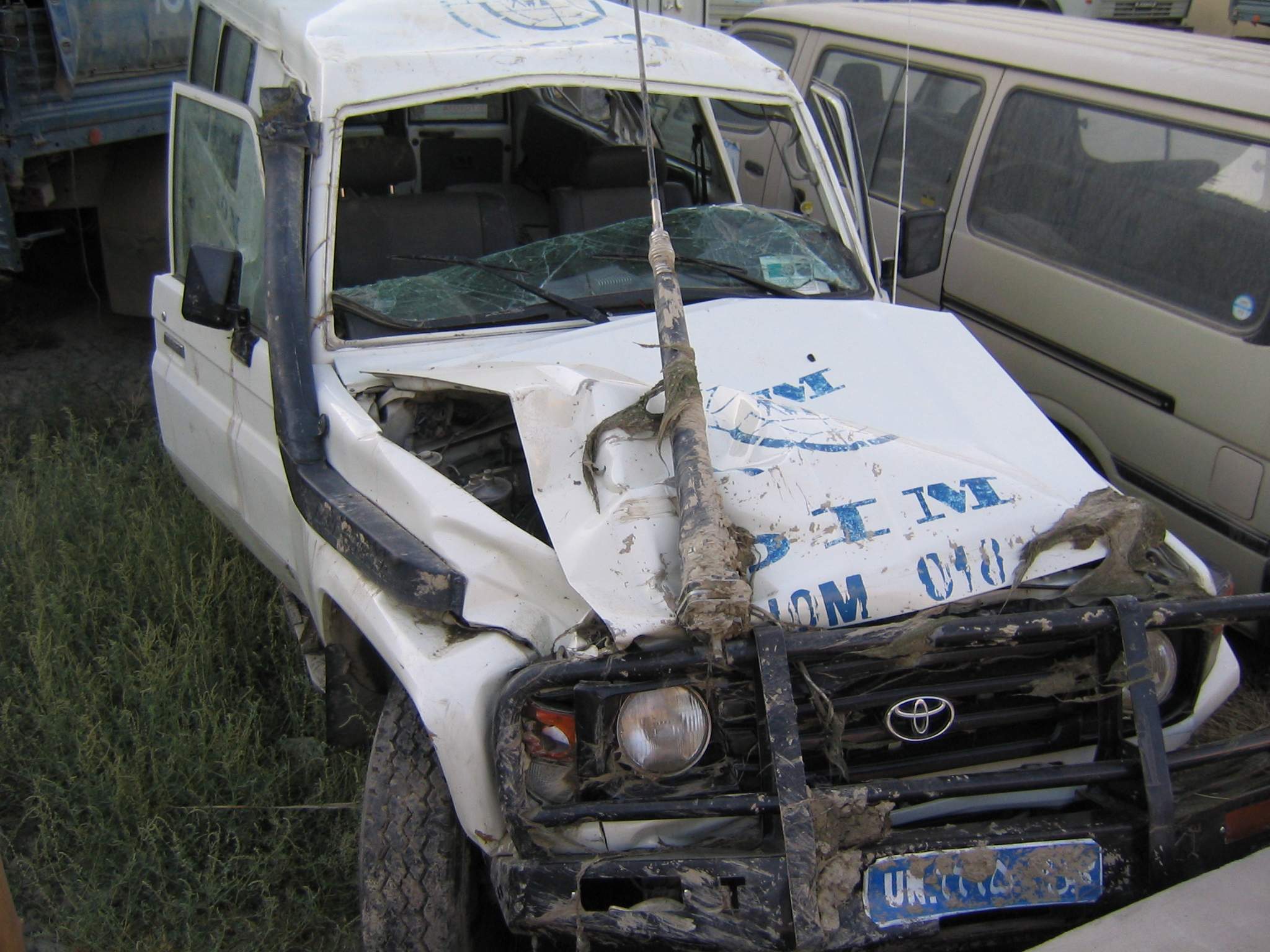 I was happily sitting in a hotel in Islamabad, Pakistan when I saw on BBC World Service that a large vehicle bomb had exploded in an area of Kabul where there are a lot of International aid offices and guest houses. This is where my office is. The target was offices of DynaCorp, a US security contractor. This company reports to the state department and besides giving protection to President Kharzai is also dealing with poppy eradication although this would probably be officially denied. Most reports do not mention this. As for my office, all the windows were blown out but no one was injured. As part of security regulations all windows must be covered in blast film which means that instead of shattering they fall out in one piece. Often in bomb blasts more people die of flying glass than the blast itself. At the time some colleagues were sitting on the roof resting after work and said it was like being hit in the back and pushed forward. The blast was about 200 meters away as the crow flies which gives some indication of the size. Dyna Corp is very well protected with large concrete blocks around a high fence and with lots of armed Gurkas guarding it inside and out. If they can get hit it shows how easy it is to do the same with softer targets like aid agencies.

There is speculation about the reasons for the attack. One is that it was an effort to disrupt the elections but if this was the case why didn’t they blow up a UN office or even better kidnap and kill an election worker. Perhaps they were concerned to keep it military against military. As I said Dyna Corp has been unofficially involved in poppy eradication and this has upset quite a few people who rely on it for their annual income as well as commanders who will have lost their cut. Many Dyna Corp staff are mercenaries and not too gentle. They have probably stepped on quite a few toes.

A lot more violence is expected as you can see from the attached security reports. However, most people are just carrying on with their lives. Afghans have seen it all before and although a little shaken the aid organizations and UN are so far continuing as normal with heightened security and lots of speculation concerning how things will develop in the 5 weeks to the elections.

Car accidents are at present just as much of a risk with probably the worse driving I have seen in any country (see photo). If it was not for the holes in the road slowing things up there would be far more accidents.

Most people seem to want Khazai. As they say in the land of the blind the one eyed man is king. Those who I have talked to have been pragmatic and believe if Khazai wins more US aid will come into the country and America will be more concerned about maintaining security. Certainly when one sees the rogue’s gallery of other candidates there does not seem to be much choice. The US in the mean time is settling down to be here for a long term. They may live to regret it.

Thanks Paul. Afghanistan seems to have been forgotten over here. Why don't we focus attention on it to demonstrate the farse of Bush calling it a success story and to demonstrate the failure of the long term policy of the US? The reason is probably because it is not the flavour of the month. Blair said he would not forget Afghanistan and wwe laughed at him. What are we doing to raise awareness???

Most do not care

I agree with Steve. Afghanistan has been forgotten and the US and Blair will get away with calling it a success. Andrew Smith MP has talked about the success of Afghanistan. Perhaps some letters to him, the Oxford Mail etc would help raise awareness besides leaflets on Saturday in Cornmarket. Andrew Smith should be hassled more.