Here is a photo of the mature cherry tree at EOCC, due to be cut down early
Oct, Planning officers and the tree officer in particular advised that the
kitchen extension would over develop the site and result in the loss of the tree. 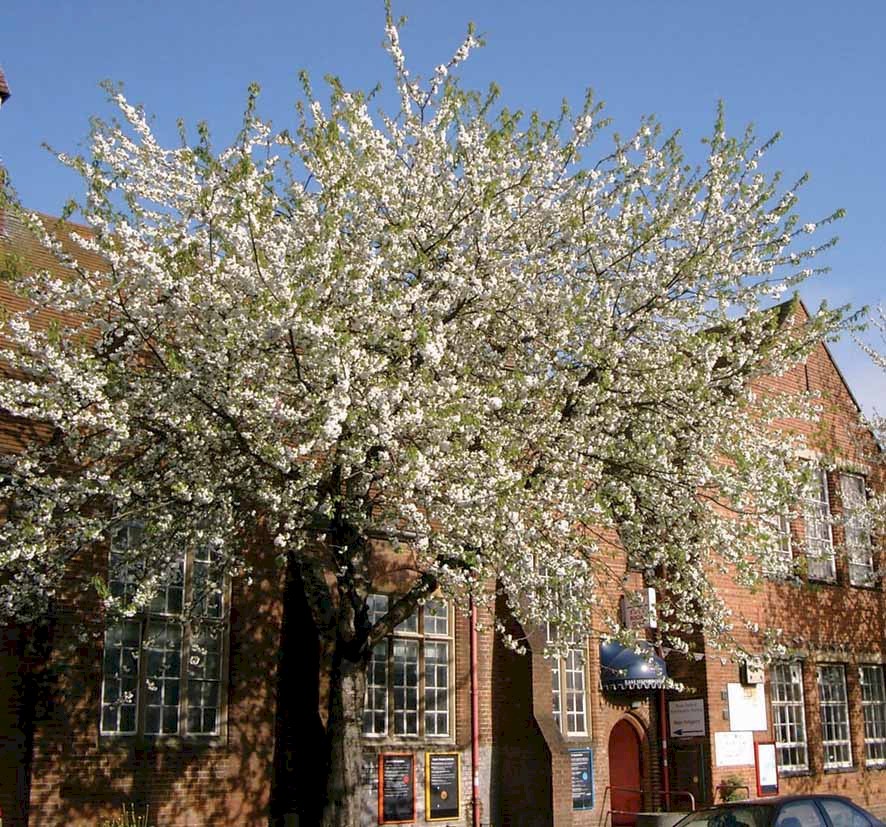 Several Green councillors and one Labour councillor called this decision in.
The area committee voted to build the kitchen extension on the site of the
tree and cut it down, despite planing officers advising that this was a breach of
the local plan. The kitchen would be far more suitably sited on the side of
the bar thereby making better use of the bar space for the wider community and
preserving this lovely mature cherry tree so loved by cowley road people. It
will ruin one of the few original historical frontages in the area. There is
space around the side of the building for an extension and it would be in a more
practical site. No notices about this extension were displayed in the local
area so no one has been properly informed about the exact details.

I would like to explain why we want to relocate the kitchen. The present
proposal is to put the kitchen on the left-hand side of the Princes Street
entrance and extend the building out as far as the pavement, said by the planners
in their original rejection of the application to be 'overbearing'. This would
involve chopping down a much-loved mature cherry tree that is particularly
beautiful in spring, and destroying the architectural line of the street and building, which was originally a 1920s boys' school (the sister school on the other side of Cowley
Road has already been demolished).

This building is a much-loved landmark on the Cowley Road. The planeed change will restrict the view of the street for people turning into Princes Street from Cowley Road, increasing the likelihood of traffic accidents (it is already a heavily congested junction) and willresult in the loss of the Centre's open tree-lined frontage, crowding the building up to the pavement, severly reducing the window area to the downstairs hall, which is regularly used for exercise classes.

You cannot run a restaurant in an exercise hall . This restaurant will
involve using 90 chairs and 20 tables. This will obviously restrict the amount of
space available for exercise classes. Events will push out exercise and
involve extra cleaning. Sticky floors and yoga do not go together. We already have
problems with cleaning.

The advantages of locating the kitchen to the right of the social club/bar, and moving the main entrance to Cowley Road, are:

* Allowing full use of the downstairs exercise hall at all times to continue and develop (there is already inadequate space for exercise classes in East Oxford, as two halls have recently been taken over for use as offices).

* Using the social club premises during the day, which are currently only occupied some evenings You can run a bar and a restaurant in the same space. A bar and a kitchen/café have the same requirements. Tables and chairs would not need to be put up and down continually. The cleaning would be the same.

* Reducing noise from people entering and leaving the social club in the
evenings: this currently a serious concern of Princes Street residents. Entering
and exiting onto the busy Cowley road makes more sense and would raise the
profile of the centre.

* Improving and not spoiling the appearance of the Centre

* Improving security of the Centre as it would restrict access and utilise a
dead space 'gap'.