Not many security incidents but intelegence about possible kidnappings. Heavy snow may be factor. Crack down on alcohol and brothels recently. These contributions by the international community not welcome in some quaters. 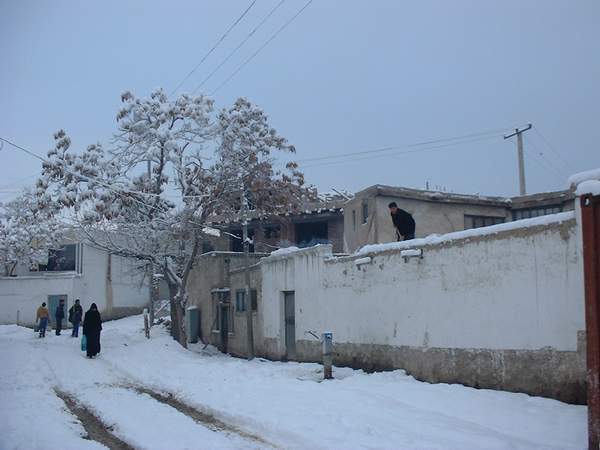 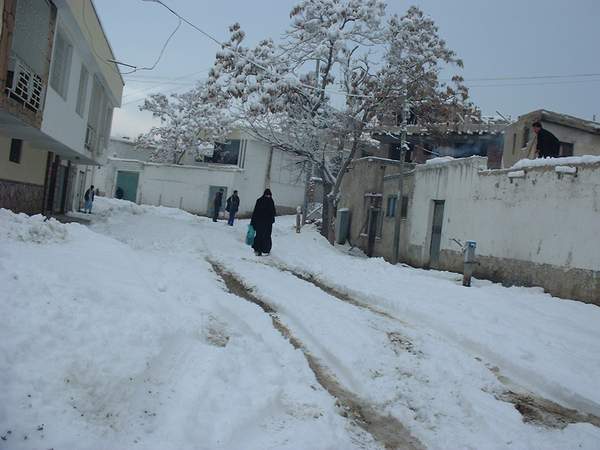 My street in snow

It looks like the drought is over. Afghanistan is experiencing the heaviest snow fall for about 25 years. Still snowing as I write this. This means the underground water will be replenished and rivers will be full come the spring thaw. Some of the poor are dieing due to the cold and Kabul is not exactly geared up for heavy roads so minor roads consist of compacted snow. During the day the snow melts and fills the cracks of mud roofs and then freezes so damaging the roof and causing leaks. I have plenty of personal experience of this. Also it is affecting some of my projects because if retaining walls or bridges are not finished soon then the spring floods will wash them away.

Officials are still naively talking of April or May combined Parliamentary, district and provincial elections. No chance. Likely t be at the end of the year. Preparations are far behind those of the simpler presidential elections late last year and donors have not coughed up the money for them soon. Deciding the district boundaries will be fun and be contentious from an ethnic and political point of view. We have the cabinet. Some compromises were made. Definitely no war lords we were told but Ismail Khan from Heart is in the cabinet.

Talking of Heart self molestation is still very popular with women there (see article attached).

General Dostum has survived an assassination attempt. Not many would miss him but it would leave a lot of leaderless commanders fighting each other to fill the vacuum. At least now one only has to deal with one man.

Talking of Dostum, Kam Air which he owns crashed the other day killing all 104 on board. No reasons given yet but there is speculation that it needed to go to Peshawar in Pakistan to land but did not have enough fuel or the Russian pilots had used vodka to keep themselves warm.

There has been a crack down on alcohol and brothels which I mentioned in my last article (see article).

At work I am having difficulty with a school we are building which I have been told is unsafe but there is a lot of political pressure to build the third floor. Think I might have to put my job on the line concerning this.