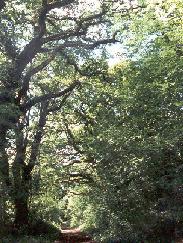 here is a copy and past report from IR indymedia - I dident wright it but it sumes it up well (:

The will be a 10 minit video comeing soon.

From The Newswire: I arrived on Sunday evening to the wonderful aroma of some great cooking from the Bitchen Kitchen crew. And the meeting has gotten even better since then! EYFA organises gatherings, supports groups across Europe and also fundraises for activists. The Wintermeeting is their strategy meeting for the year, while Ecotopia is their summer gathering – this brilliant environmental festival took place in Ireland in 2002. People from all across the continent have been involved, including Carbusters, Social and Art Collectives, Squatting groups from the Netherlands and many more – except 9 Eastern European people who were invited, but were refused entry by the Irish state despite the fact that all requirements were fulfilled.

We have been meeting at the CELT Centre around the question of ‘What is Eyfa’s role in the European environmental and social movement?’. This has led to discussions on issues as from online tools to burn-out, alternative economic systems to more positive activism, and much more besides. Tomorrow is the action planning, where all the positive energy will be solidified into concrete strategies for the year ahead.

We also had a brilliantly entertaining and informative ‘pub quiz’ from the TRAPESE (Take Radical Action, for Popular Education and Sustainable Everything), which is a member of the Dissent Network which is organising around the upcoming G8 Summit in Scotland – a very cool initiative that’s interesting in terms of changing the focus of campaigning by bringing in new methods like this, and a new ethos of creative, different opposition and alternatives, by going on the road in a really fun manner. And we’re all going to go, including our kitchen!

Another fascinating aspect of the stay here is the fact that we’ve been using the Open Space Method of organising the meeting, and it has contributed no end to the informal atmosphere, but also, crucially, to some of the most productive meetings I’ve been to in a long time. The Method really decentralises the power of agenda-setting and challenges many of the assumptions which make meetings boring and disempowering – and it seems to have enhanced this meeting no end.

Starting on Thursday, the Gluaiseacht Anti-War (see elsewhere in this piece) meeting will function as a continuation of all of this, with the contral areas for discussion being focussed around Ireland’s complicity in the war in Iraq, and what we can do about it. It promises to be a very interesting week to come – more updates to follow soon >>>