The 31st annual Levellers' Day took place in Burford on Saturday 14 May. There was a good turnout of people of all ages, coming from as far afield as Leicester and Cheltenham, and the weather was, for once, almost perfect, considering that most years we either bake or drown..
The theme this year was ‘The Media as a Political Weapon’, and we had excellent speeches from people such as Greg Philo of the Glasgow Media Group, Anna Wagstaff of the Oxford NUJ and Judith Brown from Arab Media Watch.
The afternoon’s entertainment was astonishingly varied, including Geoff Berner and his friends from Canada, Attila the Stockbroker with both poems and songs, and many more (see www.levellers.org.uk). Delicious Indian vegetarian food was available all day.
We Indy types managed to get in a 2-minute plug for Oxford Indymedia, immediately after Anna Wagstaff’s speech, but there was no other mention of Indymedia and, as far as I could gather, just a nod in the direction of alternative media sources on the part of Greg Philo. This was disappointing for us as we consider that Indymedia, though still fairly small and immature, has great potential on several counts: by providing self-publishing facilities for all, it can in principle greatly extend the range of news available to people, so bypassing many of the problems associated with the corporate media. It can also have an empowering effect on those contributors who have hitherto felt themselves to be ‘voiceless’, and thereby reinforce democracy (etc., etc!!). 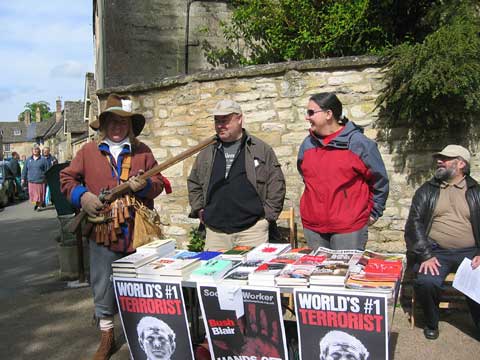 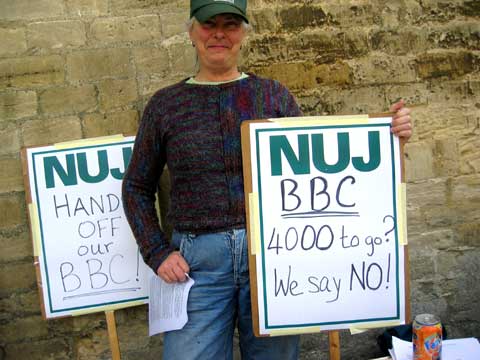 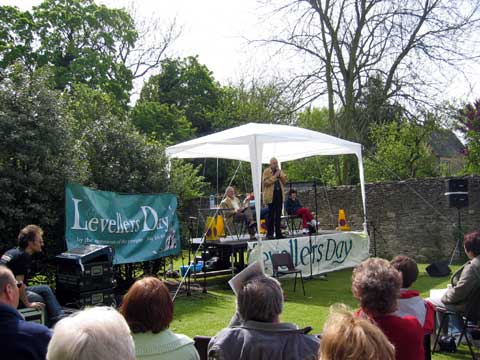 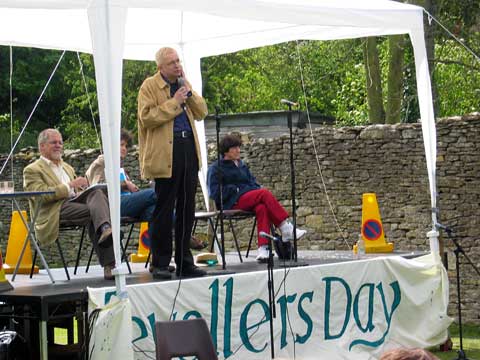 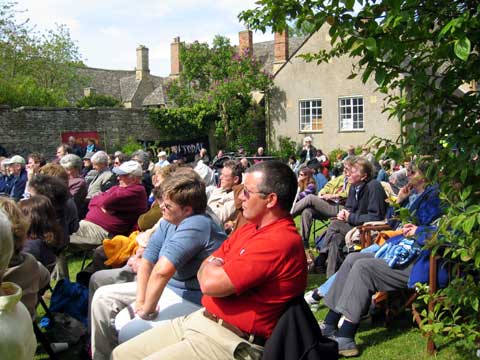 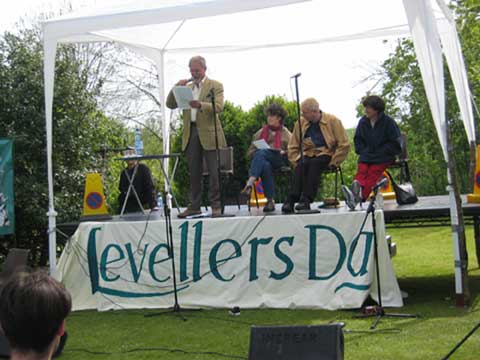 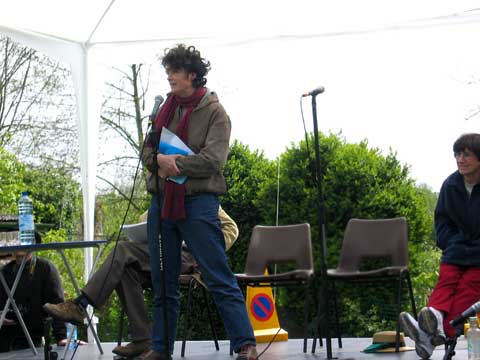 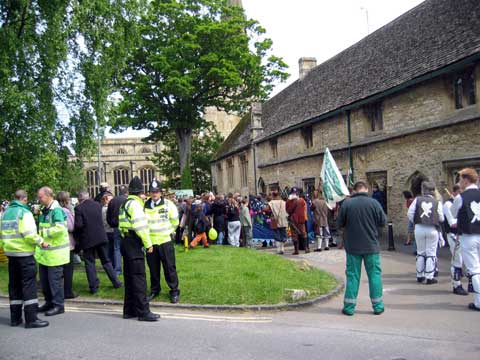 Assembling in front of Warwick Hall 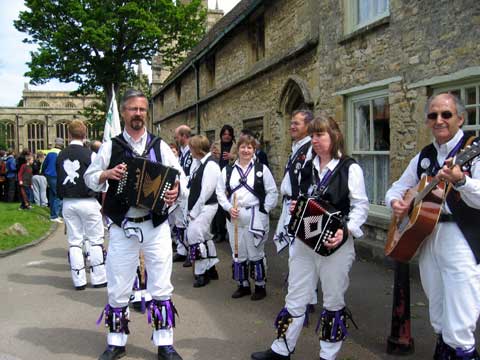 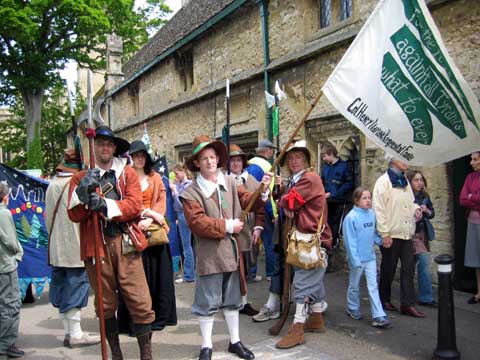 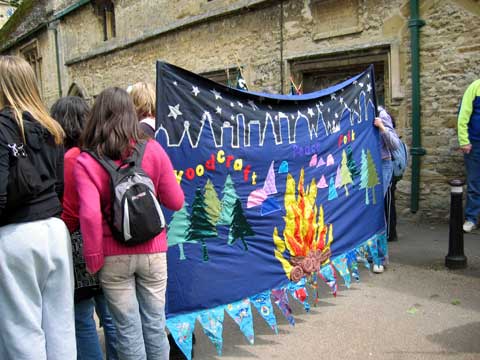 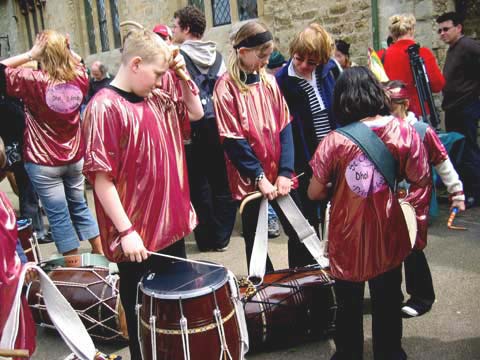 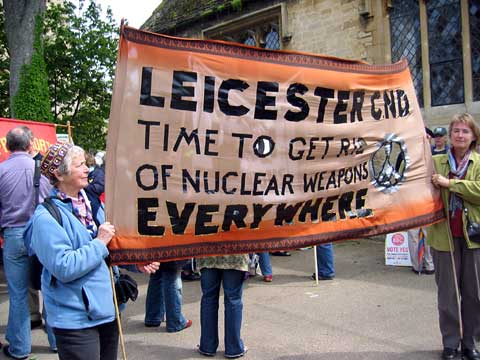 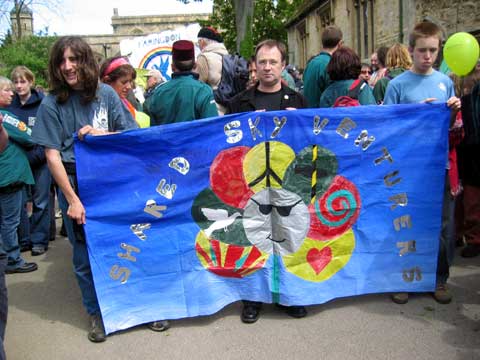 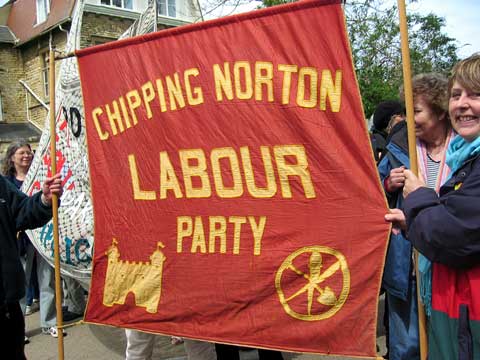 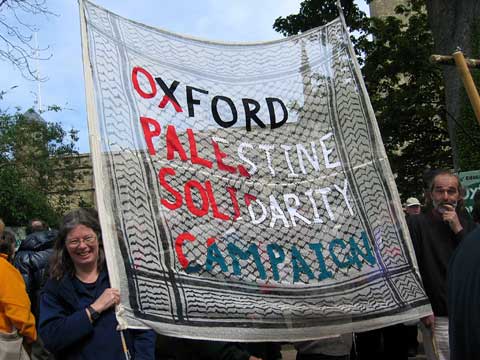 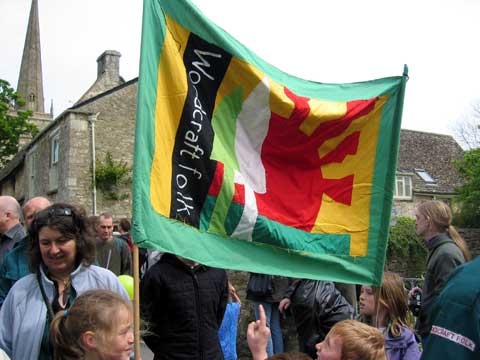 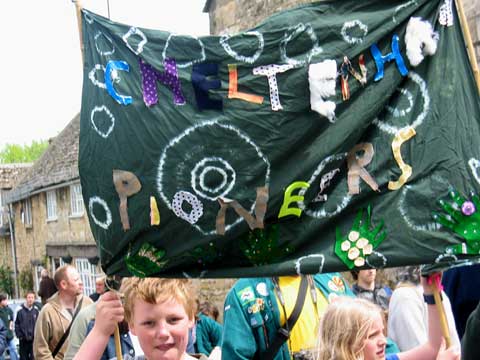 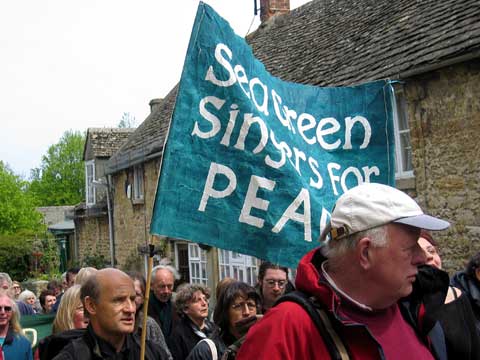 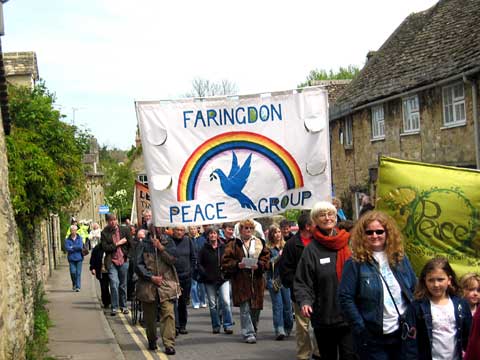