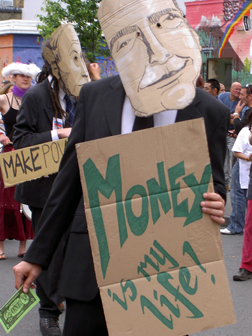 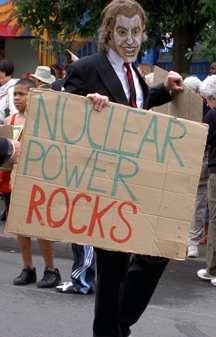 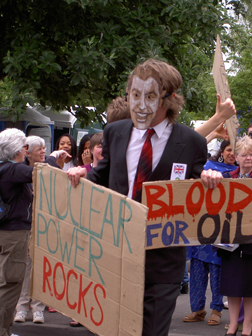 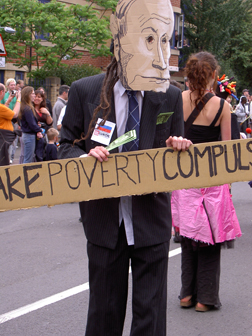 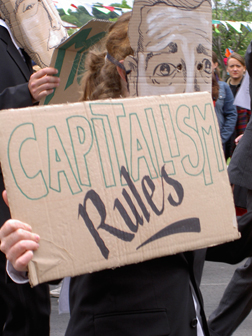 ON Sunday, the East Oxford Community Carnival was graced with the presence of the G8 leaders getting on down to the pulsating rhythms of Breach of the Peace samba band, and brandishing pro-capitalist slogans such as "Make poverty compulsory," "Nuclear power rocks," "Phuk you, I'm rich" and "More blood for oil."

There was a positive reaction from the crowd, apart from one organiser who felt that the political content was inappropriate and threatened to call security to force the G8 leaders off, and one woman who felt that use of the word "phuk" would have a corrupting influence on the women and children who were watching the parade.