The following statement has been sent to Oxford MPs Andrew Smith and Evan Harris. Any peace groups that want to add their names, please get in touch

oxford@youthstudentcnd.org.uk.
The statement will also be available for individuals to sign on one of the stalls that will be running on Cornmarket on Saturday 6th August, 60 years after the bombing of Hiroshima. Come along between 12-2pm.

HIROSHIMA DAY STATEMENT
Sixty years ago, on 6 August 1945, an atomic bomb was dropped on Hiroshima, killing 150,000 by the end of the year. Three days later, an atomic bomb was dropped on Nagasaki, killing 70,000 people. The total number of the
Hibakusha (A-bomb victims) who had died by the end of 1995 was about 340,000. The devastation caused by these bombs was unprecedented in terms of the death, destruction and long-term radiation sickness. We believe that the use, or threat to use, such weapons of indiscriminate destruction
can never be justified.

The decision as to the replacement of Britain’s nuclear arsenal, Trident, is due to be taken this parliament. Trident consists of four submarines, each carrying 48 nuclear warheads. Each warhead has an explosive power of up
to 100 kilotons, 8 times the power of the atomic bomb that was dropped on Hiroshima in 1945.

We call upon our elected representatives to take the lead in working towards a peaceful world, to fulfil British commitments under the Non-proliferation treaty (NPT) and to put the case against a new British nuclear weapons
system to parliament.

This was advertised earlier:

More photographs will be posted soon.

photographs from the Hiroshima Day commemoration 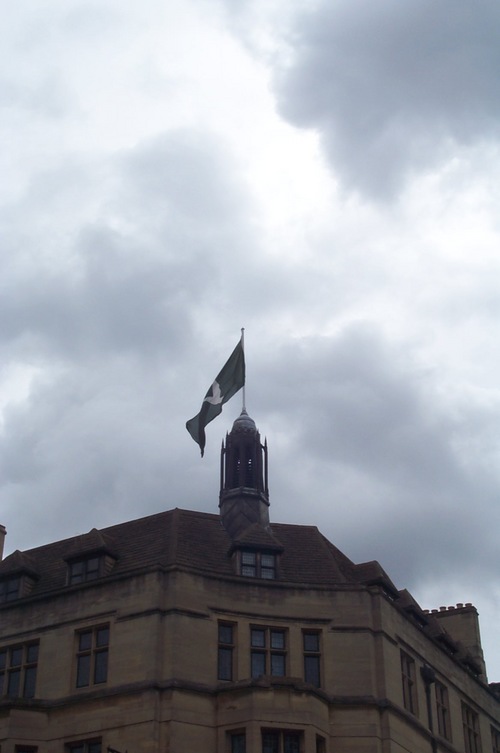 flag of a peace dove in Carfax 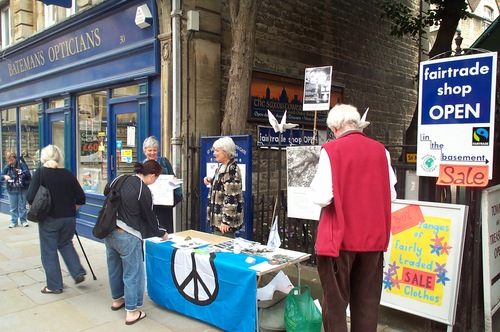 a stall on the north end of Cornmarket 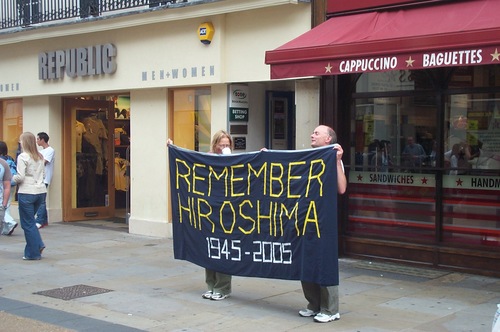 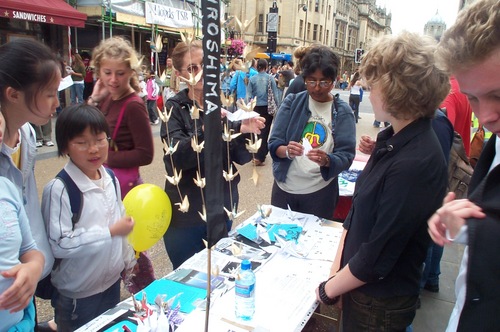 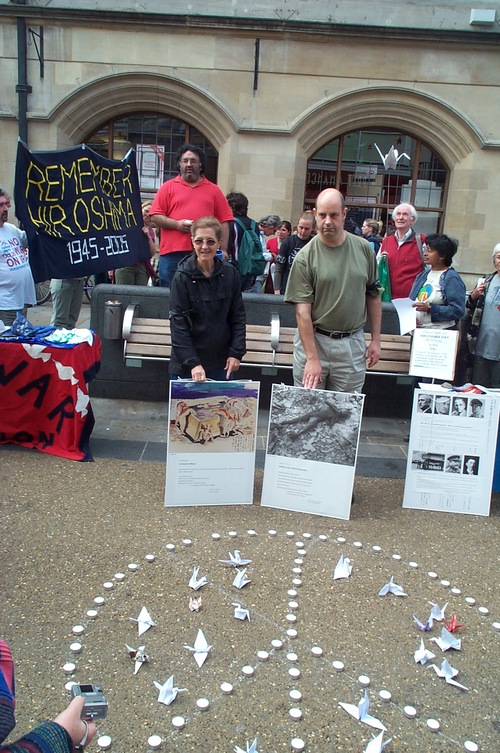 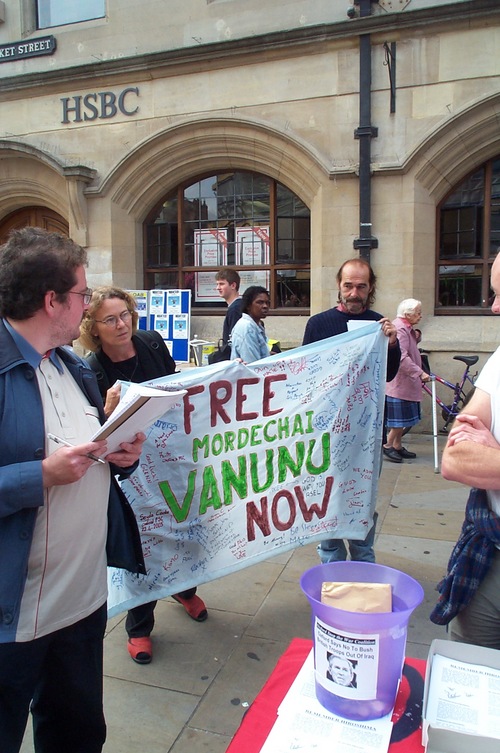 Here are some photographs. 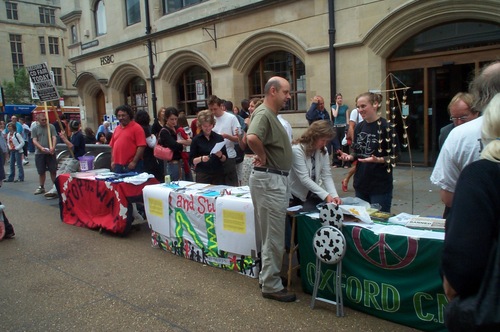 There were at least 5 stalls.

more follow-up from a fellow contributor