After deciding to illustrate a poem written by local Poet Nyarai Humba and spending many hours researching photographs they then spent two days in the freezing cold painting the mural.

Over the weekend they had so much public support for the mural, the artists were constantly fed mince pies, cups of tea and mulled whine by passers by as they painted. So you can imagine the shock and horror they experienced to find the poem had been painted out by censors the day after it had been finished. 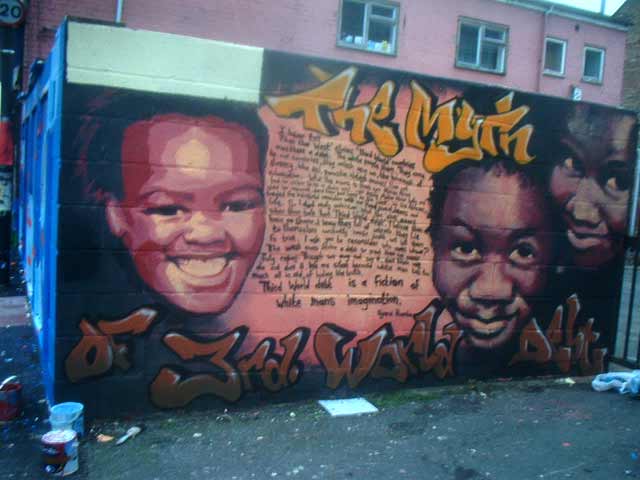 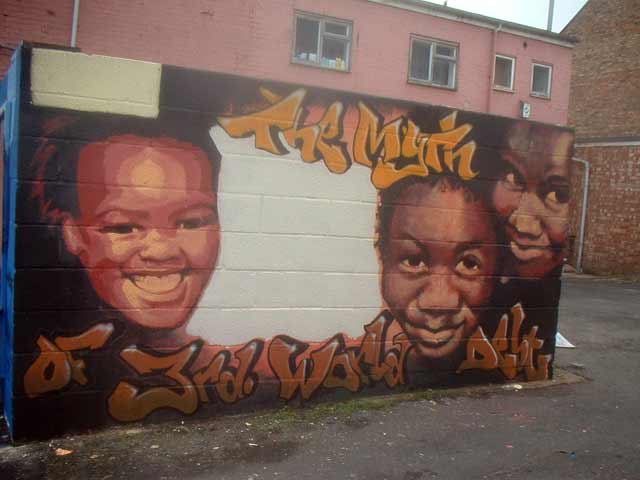 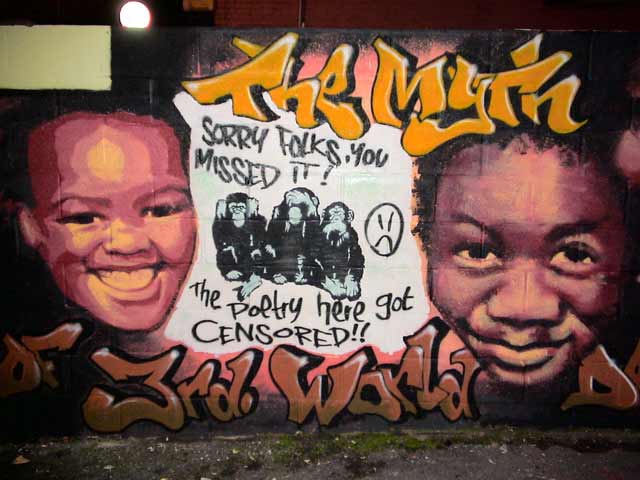 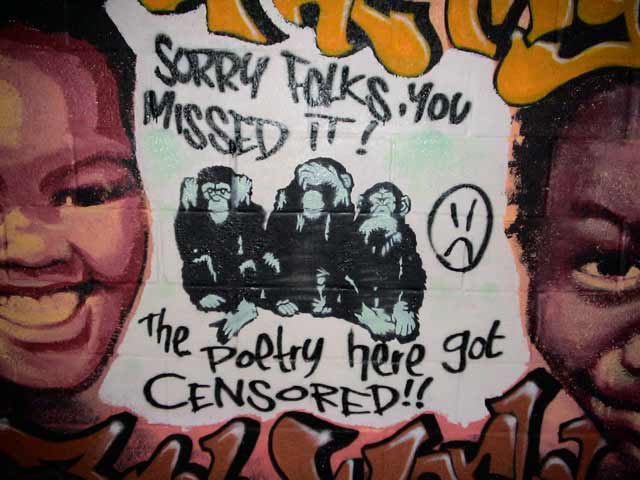 The Myth of Third World Debt

I hear tell
that the ‘West’ claims
‘Third World’ countries
owe them a debt.

The white people them
They come to our countries
they unleash
upon we
the holocaust of slavery
the evil, parasitic, violent process
them call colonization.

What this means is
them rape Mother Africa
took her children to use as donkey
went right inside Mother Africa belly
and steal her resources
send them back home
to the ‘west’.

We the Africans,
funded the industrial revolution
with our blood, sweat, and tears and
Life.

So I don’t really understand
what the ‘west’ means
when them talk
‘bout ‘Third world debt’
I believe them have no shame
I know they full of untruth
they lie to themselves constantly
cause truth will kill them fe true.

I ask you to reconsider
who owes whom?

The west owes Africa
a debt so great
them can never
fully repay.

Though we may not say it,
don’t think we do not see it
We are silent
because white men talk too much
all in aid
of hiding the truth.

Third world debt
is a fiction of
white mans imagination.

This is the second time this has happend

Another public art work was censored just a few weeks ago on Cowley Rd. When I walked past and saw the poem I thought it was beautiful and a real addition to the vibrant atmosphere of Cowley rd. I hope it will be restored soon and we will see many more of these wonderful art works.

The last censorship was reported here: