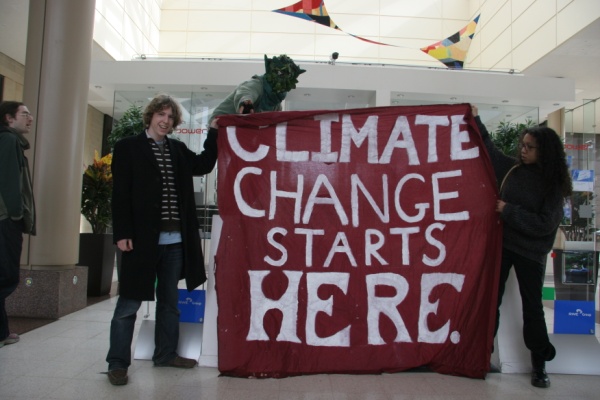 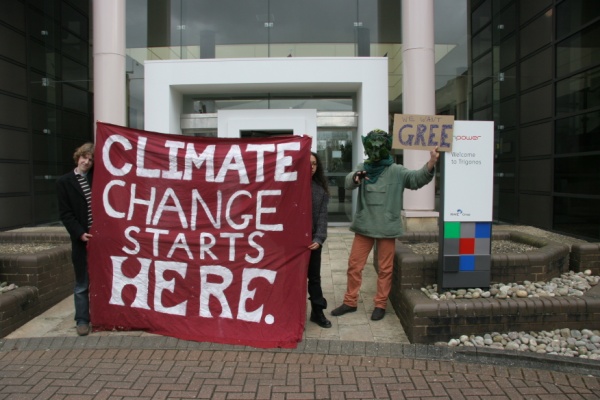 Activists moved from their successful blockade of the back entrance to Aberthaw power station, owned by npower, which was part of a joint action with Bristol, Bath & Cardiff activists. Once workers had been instructed by management to take the day off, the activists moved to their next target. They occupied npower's head office in Swindon, asking to talk to the CEO and unfurling their banner reading "Climate Change Starts Here" in solidarity with the activists remaining at Aberthaw.

Mischievous activist Jack Green said, "Coal is the dirtiest fossil fuel in existence; carbon capture and storage is unproven and will be too little, too late. According to the World Health Organisation, climate change is already killing 150,000 people per year."

The campaigners left peacefully and there were no arrests.