Aldermaston case: “Guilty of trying to provide a better future for the world” 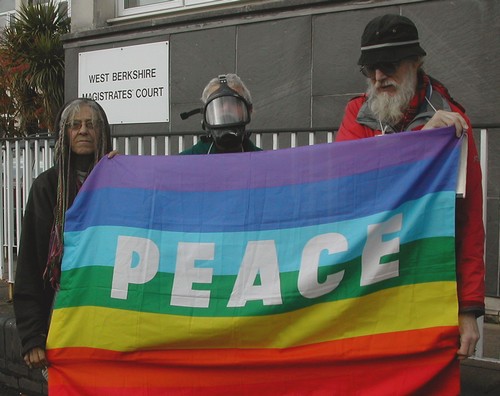 Irene (left) with supporters outside court

In response to the charge, Irene pleaded: “Guilty of trying to provide a better future for the world”

Here is a summary of Irene's statement to the Court:

“I despair of the future I am leaving for my own three children and those of the whole world. Just one Trident nuclear warhead would cause eight to ten times the devastation of the bomb dropped on Hiroshima in August 1945, six months after I was born. I’ve tried every legal method of making my views known, but to no avail. I want a world where arms - of which nuclear weapons are the worst kind - no longer exist.”

To read the rest of this report, see: