Workers in Coventry, Crewe, Liverpool, Stockport, Bolton and Oxford are threatening 24-hour strike action on Friday over the proposed merger of some depots. The Communication Workers Union says 500 jobs could be lost and has challenged Royal Mail to negotiate. 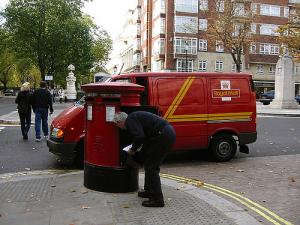 The firm's plans include transferring work from the mail centre in Weston, Crewe, and the Copperas Hill sorting office in Liverpool to a new regional centre in Warrington. Royal Mail has said Copperas Hill is no longer viable in the face of falling mail volumes.

It said it wanted staff at both sites to work at the new centre, but union leaders said many workers would not be able to afford to travel or relocate. They warned the planned closures would have a "devastating" impact on local economies.

Up to 2,000 workers could walk out after 60% of those who voted came out in favour of industrial action. Mick Kavanagh from the union said he hoped the strike could still be avoided.

"It really is down to Royal Mail to get around the negotiating table this week and get this sorted out," he said.

Saturday is the last first-class posting day before Christmas and the union has promised that workers will do all they can to clear the backlog in time for the holiday.