Activists from Don't Build Kingsnorth have today invaded the Dartford offices of construction giant Laing O'Rourke. The protest is against the company's bid to build Britain's first coal fired power plant in 30 Years at Kingsnorth in Kent. 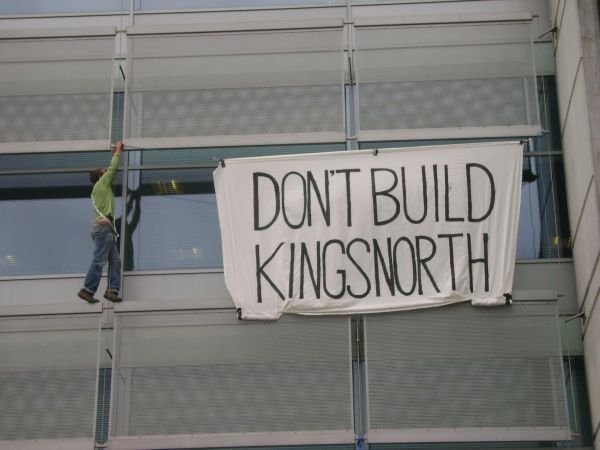 putting up the banner 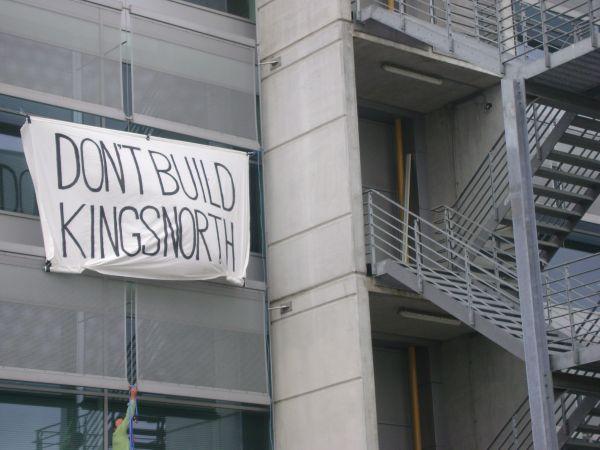 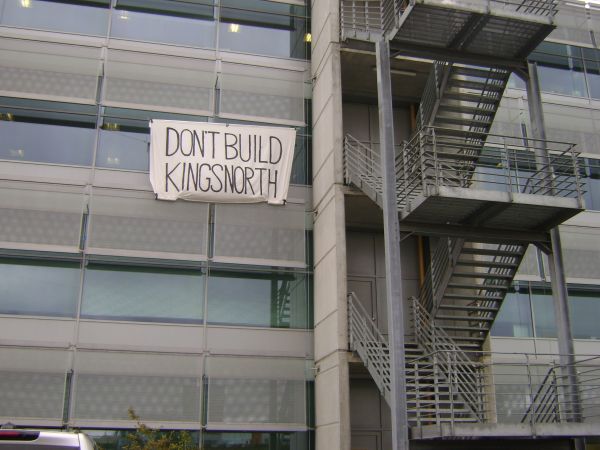 A large group of activists entered the offices, handed out leaflets and talked to staff. Meanwhile, another team scaled the building and hung a banner reading "Don't Build Kingsnorth".

Laing O'Rourke is among six companies bidding to build the contraversial power station which would, if built, emit more carbon dioxide than the entire country of Ghana[1].

Another activist, Hannah Chisolm (21) added, "Coal is the dirtiest form of fossil fuel. Climate change is already killing 300,000 people a year[2]. Building another coal power station is clearly insanity. We were inspired by Thames Valley Climate Action's action at the offices of another Kingsnorth bidder, BAM Nuttall earlier in the year. Any firm bidding to build Kingsnorth needs to know the extent of the opposition they will face."

"A year ago I went to the Climate Camp[3], which was held outside Kingsnorth. Today's protest shows that, even though the location of the Climate Camp has changed, Kingsnorth remains a target for Climate Change campaigners."

Leaflet handed out to staff

Here's the flyer that was handed out to staff. Feel free to edit, copy & distribute.

For details of all the construction companies bidding to build Kingsnorth see: