The English Defence League (EDL) - racists and football hooligans with close links to the fascist British National Party - will be demonstrating in Aylesbury on May 1st to whip up race hatred against Muslims.
Local community groups, trade unions, anti-racist and anti-fascists have organised a carnival against racism to expose the EDL for the racists and fascists they are. 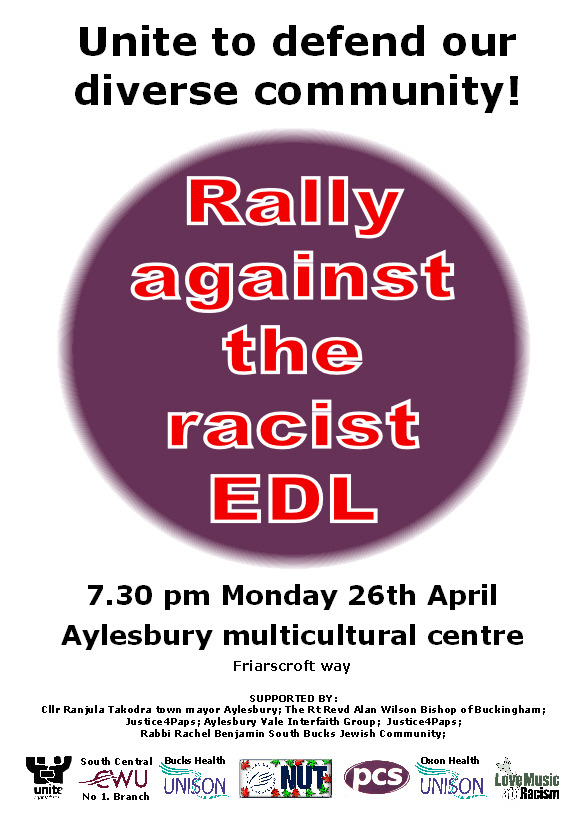 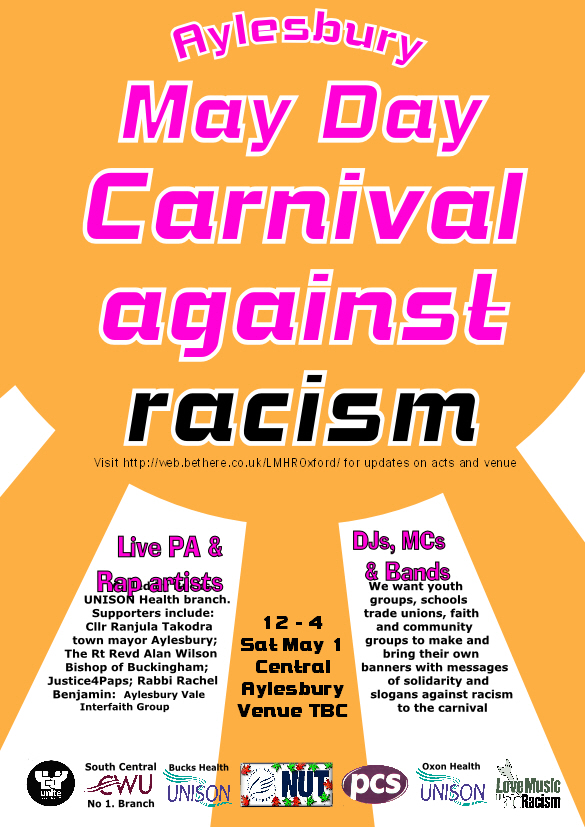 Islamophobia – bigotry against Muslims – is as unacceptable as any other form of racism. Its aim is to divide us by making scapegoats of one community, as the Nazis did with the Jews in the 1930s.
Today the EDL threaten mosques, tomorrow it could be a synagogue, temple or church. Today they threaten Muslims, tomorrow it could be Jews, Hindus, Sikhs, black, Asian or Eastern European people, travellers or lesbian, gay and transgender people.
We have stopped fascists and racists before by standing up in unity against them. We cannot stand by and let these racists attack any section of our community.
Let's gather in such large numbers that we make it clear that the EDL and their BNP supporters do not represent the people of Aylesbury and are not welcome here.
Please support our rally on the 26th April and Carnival against racism on May 1st. We want a peaceful celebration of Aylesbury’s diverse community to expose the EDL to the people of Aylesbury.
We want youth groups, schools, trade unions, faith and community groups to make and bring their own banners to the rally and carnival to show that the the majority