A sit-in protest was staged on 8th September at the Carfax branch of Lloyds TSB Bank.
In protest against the "misspending of tax payers money by central government" in light of the fact that it is not the taxpayers who have "defaulted on their tax payments" and therefore do not deserve to have "our public services cut", a group of protesters occupied the branch of Lloyds TSB bank at Carfax and staged a "tea party" complete with cake.

A statement from the organisers stated that "by 2014 we will not have proper public ownership of frontline health and social services. Affordable (council) housing is being phased out. Our money is being spent on things like banks, nuclear weapons, and subsidies to airline companies. These things are not public services. Our money is being spent by central government on things which do not benefit us.".

The occupation lasted for an hour, with the manager of the bank reserving his anger for the press from the Oxford Mail rather than the protesters, according to one of the organisers. Several hundred leaflets explaining the reason for the protest were handed out to the public and all the cake was eaten! 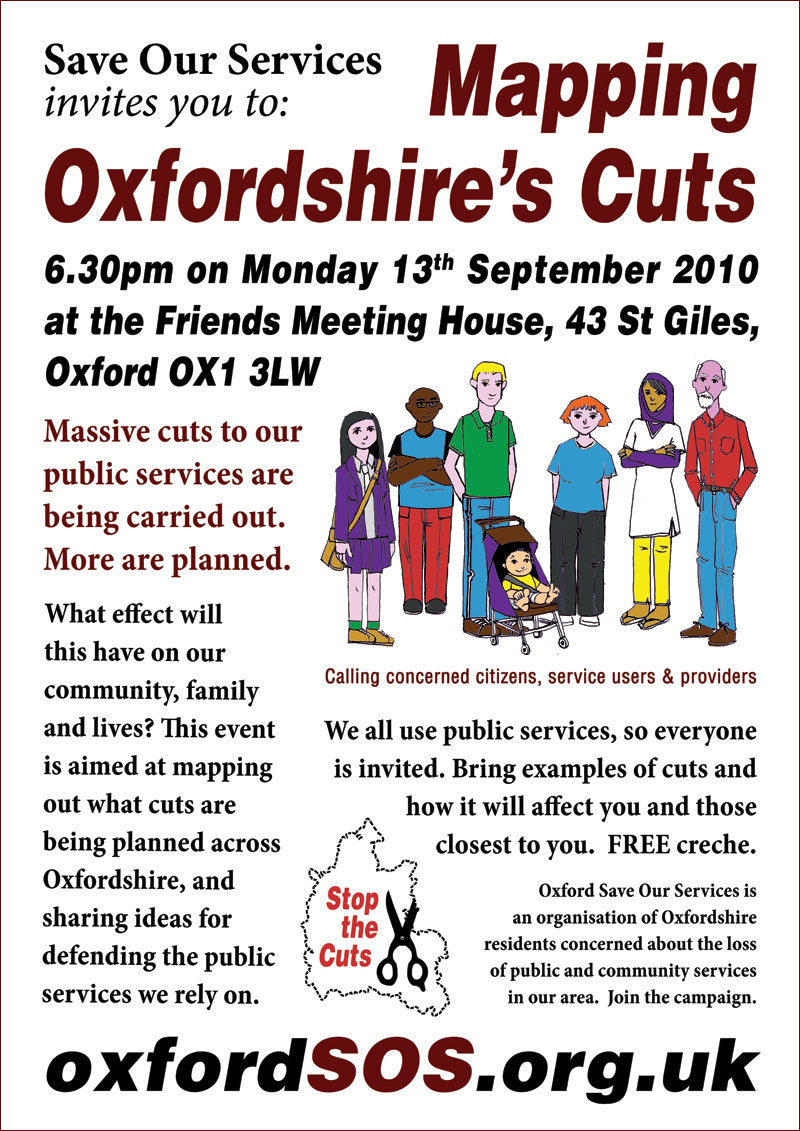 Well done for telling it like it is. The bailed out bankers are getting huge bonuses from public money, whilst the government wrecks our public services like a kid with a gun. Solidarity from another part of Oxford!

We are holding an event called Mapping Oxford's Cuts on Monday at 6.30pm at 43 St Giles. Hope some of you guys can make it.

Props to the protestors

I can't understand why the whole country isn't becoming ungovernable. I thought the whole idea of a social contract was that we agreed to be obedient based on the state making our lives better. Well, the Tories don't seem to want to do that so its about time we kicked some toff ass...

Power To The People!

Many appreciate the hardwork of those who are organising these events. There are many in my modest social circle who are beginning to see the light. The government [both labour and conservative] have favoured the banks and corporations over the ordinary hardworking taxpayers of this country.

We need to force some fundamental changes in the way this country is run so that we can have equity and justice for all.