Oxford Save Our Services meeting, which took place last night was the first step in building a great local movement of solidarity, support and resistance in light of the heinous public sector cuts proposed by the current UK government. 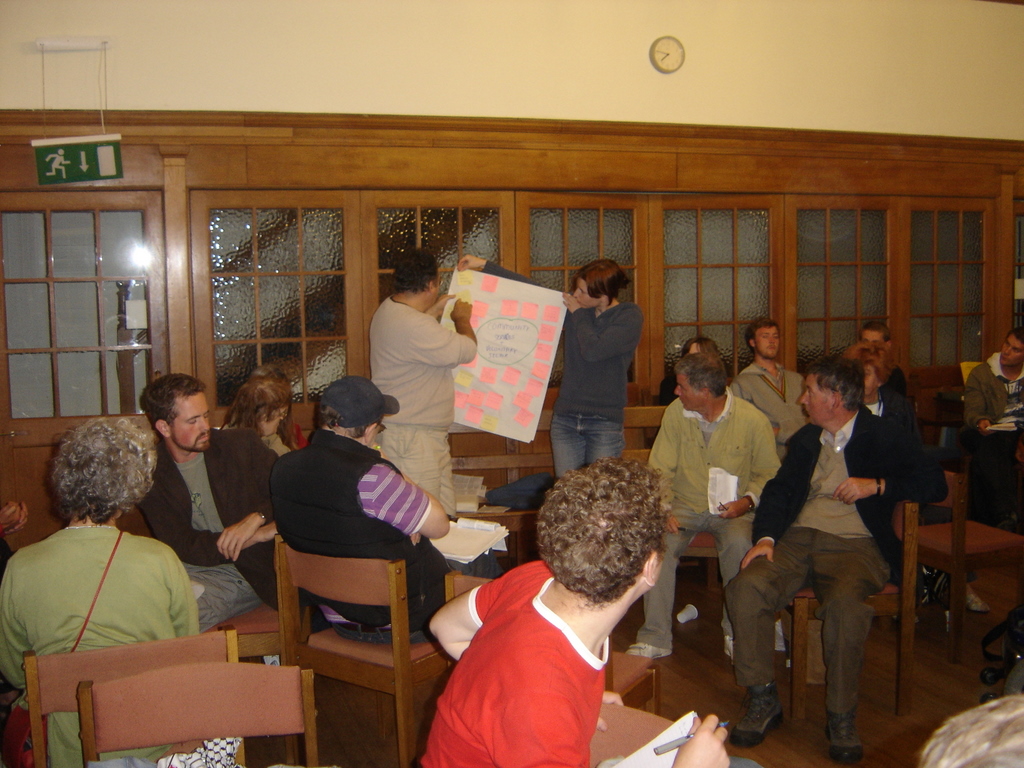 People began to arrive a little bit before the scheduled start time of 6.30pm to find the room in at the Friends Meeting House on St Giles resplendent with plates of sandwiches, crisps and juice. There was much anticipation in the air as people met new people, saw old faces and saw that they were in reality not alone in their fear and disgust at the Cuts.

Approximately fifty people in total attended the meeting, which postponed its start until 7pm to ensure that everyone were there it for the start. The meeting was attended by local Oxford citizens from all walks of society, including those working in the public and voluntary sectors, who are already or will be directly affected by the savage cuts proposed by central government and city and county councils.

After an introduction where it was explained that Oxford Save Our Services was formed immediately following the announcement of the cuts due to deep concern over the massive impact they will have on the community and the poorest people within it, especially those on benefits or living in council accommodation. To illustrate the impact already seen, it was mentioned that already schools and parks projects in Barton have been halted, care centres closed and that all speed cameras within Oxfordshire county have been turned off.

During the first part of the meeting, "Mapping the cuts", people got together in groups to discuss how they are or may be affected by cuts in services in the Oxford area, as well as what their immediate fears were, based on both confirmed and announced cuts and hearsay.

Voices from many parts of the community were heard, including:

* Local employers and business people worried about the loss of support for local businesses due to abolition of the regional development agencies and possible cuts to services such as Business Link and the loss of Local Employment Partnerships.
* those working in the care sector seeing their own organisations having to decimate staff numbers and wondering not only how to support themselves in unemployment, but also who would be helping those most vulnerable in our communities, once they no longer could. For example, workers at South and Vale Carers (

http://www.svcarers.org.uk/) have heard that their organisation is to cut staff from 45 to just six.
* students concerned that rising fees will cause many people not to enter further education and mean that those mid-income-earners that do will be in debt for much of their early working lives.
* those working in local hospitals who have heard the demands for huge cost savings and who believe them to be 'impossible to implement' (refer to

http://www.noshockdoctrine.org.uk/) that criticises George Osborne, David Cameron and the rest of the Con-Dem Coallition Government for policy based on dogma rather than sound economic sense. The video was well received by all and seemed to strike a chord with what everyone themselves had been thinking.

There followed are more in-depth session on whether the Cuts are necessary, what alternatives to cuts there could be and what we can do next.

Overall, all there showed great solidarity and sympathy with each other and great determination to stand up and fight these ill-thought and dogmatic cut proposals. The meeting showed that Oxford Save Our Services is a movement with a future and that everyone is both concerned and heavily opposed to what is happening and being planned.