An anonymous group targeted Serco, the detention profiteers (and all-round capitalist outsourcing wrong-uns) at their offices in Culham Science Park tonight. Several prominent signs were redecorated and bus stops nearby were postered explaining why. 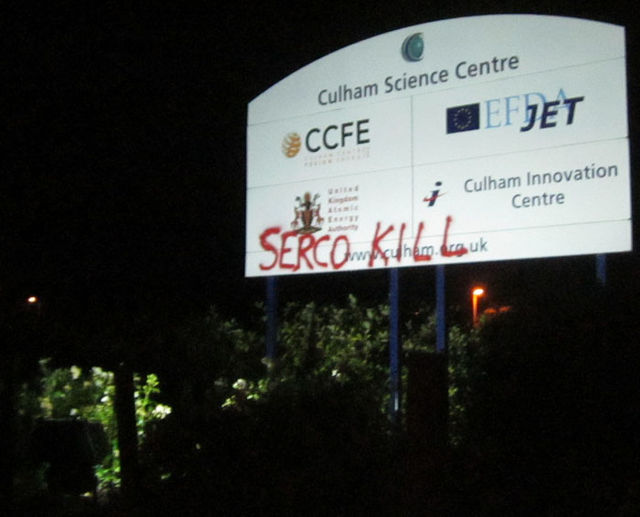 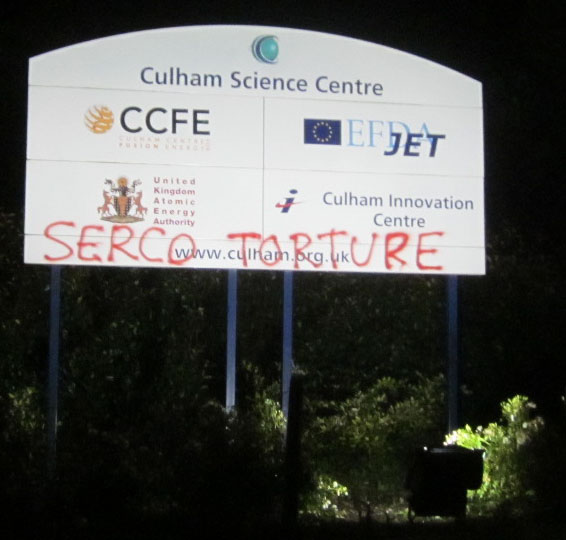 ...and the other one too 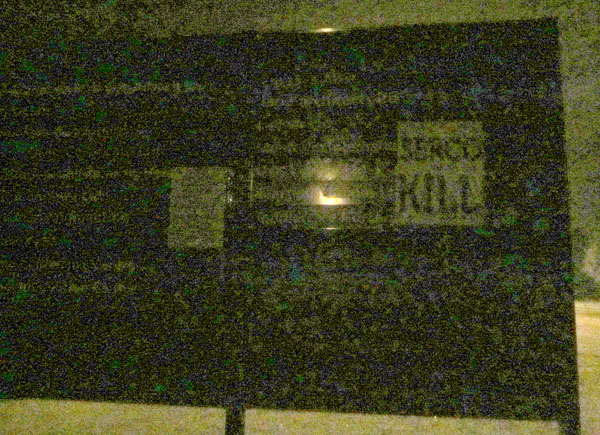 another sign also flyposted - photo taken without flash then enhanced 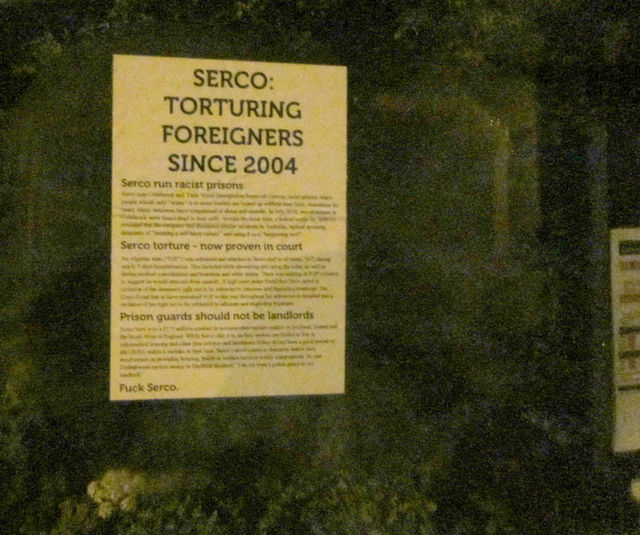 ..and the bus stops nearby - again without flash, sorry!

Corporate Watch have done plenty of good dirt-digging on Serco over the years; here's some background:

Serco runs Colnbrook and Yarls Wood Immigration Removal Centres, racist prisons where people whose only "crime" is to cross borders are locked up without time limit, sometimes for years. Many detainees have complained of abuse and assaults. In July 2010, two detainees in Colnbrook were found dead in their cells. Around the same time, a leaked memo by SERCO revealed that the company had dismissed similar incidents in Australia, instead accusing detainees of "creating a self-harm culture" and using it as a "bargaining tool".

An Algerian man ("FGP") was restrained and attached to Serco staff at all times, 24/7, during nearly 9 days hospitalisation.

This included while showering and using the toilet, as well as during medical consultations and treatment and while asleep. There was nothing in FGP's history to suggest he would abscond from custody. The High Court found that to have restrained FGP in this way throughout his admission to hospital was a violation of his right not to be subjected to inhuman and degrading treatment.

Serco have won a £175 million contract to accommodate asylum seekers in Scotland, Ireland and the North West of England. While Serco rake it in, asylum seekers are forced to live in substandard housing and often face eviction and destitution if they do not, have a good lawyer or the UKBA makes a mistake in their case. Serco's involvement in detention makes their involvement in providing housing, health or welfare services totally inappropriate. As one Zimbabwean asylum seeker in Sheffield declared "I do not want a prison guard as my landlord."