Standoff with EDL in Abingdon

A smallish EDL demo, oops sorry, "respecting the dead gathering", took place in Abingdon, and was met by a similar size counterdemo.
As we arrived there were 15-20 EDL gathered at the War Memorial in Abingdon, faced by a group of around 8 antifa who had got there earlier than the rest of us.

A small group of nervous local cops attempted to stop us joining them, but they were outnumbered, and after a bit of mutual encouragement everyone managed to get through regardless. Around this time one woman was punched in the ribs by officer 5764.

So there we were: about 17 EDL, about 25 counterdemonstrators, and about 8-10 cops in between. Neither side seemed to want a fight; if many people had, there wouldn't have been enough cops to stop it, which was probably why they were so on-edge and nervous.

We did a minute silence for the victims of fascism, those who died fighting it. There was a bit of chanting at each other. Then the EDL did a quick minute silence too and went to the pub.

For those of us who have jobs and work 5-6 days a week.
Standing around doing nothing seems like a complete waste of valuable lifespan that could of been used for something more useful.

May sound like a waste of time to you, but if the EDL thing had gone ahead completely unopposed they'd be even more likely to turn up again another time, with more people..

I cant believe you wrote about this. Its a waste of effort. You did fuck all pffftttt

Problem with the trolls' analysis

... is that even if the anti-fascist response had been a waste of time, then all that proves is that the business they were responding to would have been more pointless. EDL shoot themselves in the foot... again

"Martin Cross They showed the scum they are we let them have there silence but not us the filth. Great day patriots police on our side no arrests nfse"

Abingdon and the Police

I was there to protest against the EDL and I have to say that whilst the police were undermanned they did their job well for the most part, neither favouring one side nor the other.

The issue with an officer striking a protester in the ribs was bad and should be investigated but that incident aside they did well. Chief Super Boyd who was heading things up was a very calming influence and handled the incident of the punch as best as was possible at the time - we will see how things progress with that later.

I for one say thank you to Abbingdon police.

here and more than likely one of two teenagers from casuals united, a sad bunch of failed nazis who don't allow comments on their website.

EDL are a strange bunch

I get the idea the EDL are made up of crooks,perverts and drink and drugs abusers.

They are not the same. The duration of one is very small compared to the other 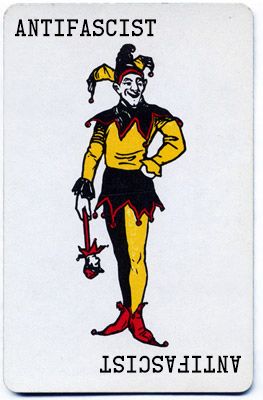 There would have been more Thames Valley police but they were guarding David Cameron's flowerbeds. And deporting hippies to Wiltshire.