This is a nationwide callout to attend a five-day protest camp in support of the campaign to kick the arms dealers EDO out of Brighton. Sunday 29th August to Thursday 2nd September. 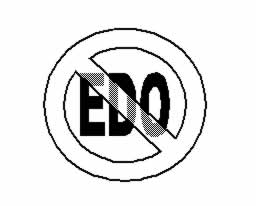 Recently various groups in Brighton have been acting to kick out local arms dealers EDO MBM. Among many things they make release mechanisms which attach and release bombs on F16s, Hawks and Tornados. The company has publicly admitted that their products manufactured in Brighton have been used in Iraq and we believe they may be used by Israel. They also have a ‘Live Firing Test Facility’. Actions taken already include shutting the factory down for a day with a roadblock and rooftop occupation (

People arriving can be met by local supporters if requested. The Megabus is a good, cheap way to get here (www.megabus.com). If you live locally and want to offer your toilet/shower facilities, bring food/drinks or support in another way, get in touch!

On Monday (30th August) there will be a non-violent direct action (NVDA) training day.
There will be daily protests throughout the 5 days.
Bring tents and camping gear!

Protest camp veterans and novices welcome! Local supporters will keep campers well stocked with food and drinks. Come along, learn and share skills and take action against the arms trade and the occupation of Iraq at the same time!