MORE than 100 students at Sussex University have staged a 'learn-in' occupation of their library in protest at the "continued degradation" of the quality of their education.

On the evening of Wednesday 8th March 2006 the Sussex University library at Falmer, Brighton, was held open past its 9:30pm closing time, until 2am. 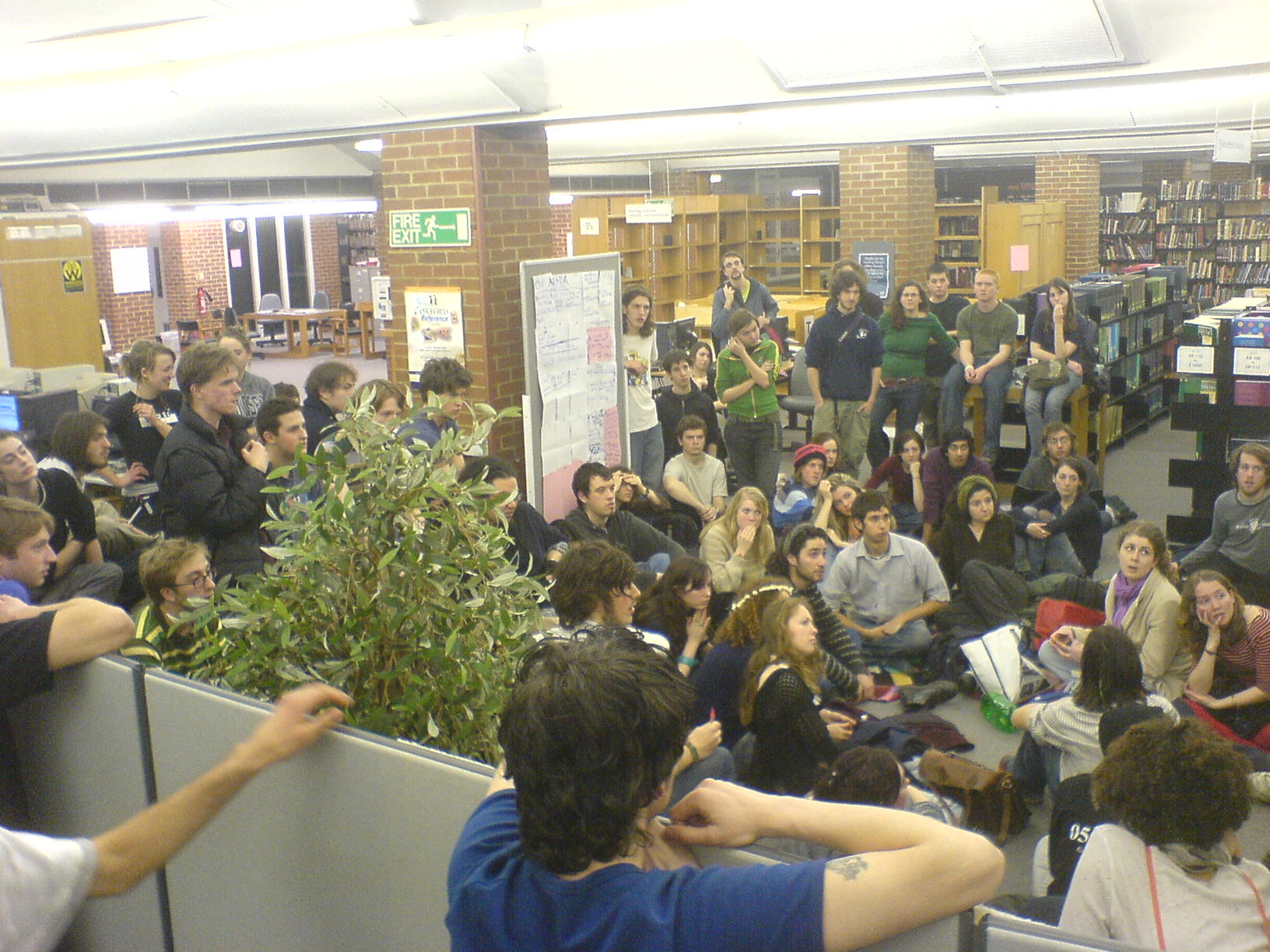 Students agreed by equal consensus to leave at 2am in respect for the Library building manager and possibly other library staff who could only go to sleep when students left. Said one student: "Library staff were very understanding and so were Security. It seems like the vast majority at Sussex University are against the Vice Chancellor Alasdair Smith in particular and the problems facing students and workers globally in general. Apparently the university [mis]management is shaking in their knees. They've come to realise that their positions are soon to be history!"

The action was in full support of all AUT industrial action, the sortUSout campaign, and the global fight for free high quality education the world over (as this is being written 45 universities in France are on strike or under student occupation!).

Through privatisation and corporatisation financial profit for the few is being put over the right of education for all, globally. Students and staff at Sussex University are tired of empty words and silent blows. Together we demand change.

The next demonstration (all students and staff invited): Tuesday 14th March, 12pm, from Library Square.

Below is the Press Release, drafted inside the occupied library:

Over 100 Sussex students have gathered in the library, the hub of the education system, to protest their unease at the financial mismanagement of Sussex University.

The Vice Chancellor Alistair Smith has presided over a dramatic deficit of four million pounds. This has resulted in staff cuts, lack of student/tutor contact time and cuts to multiple courses.

The students have peacefully occupied the space since 9.30pm. They have successfully been forming their own workshops with the intent to educate themselves whilst the University refuses to.

We are protesting against:

- Lack of teaching hours in many arts and humanities courses

- Opposition to the introduction of top-up fees

- A minimum of eight contact hours per week for every course

- No departmental closures- no cuts to interdisciplinary course

- Cheap healthy meals to be available all day on campus

- Essential reading should be available for all students in the library

Students are demanding a response to all their demands from their Vice Chancellor.

Members of the student body and sortUSout campaign have been sharing their skills and discussing tactics for further actions to achieve their aims in the campaign as well as further workshops. This is to empower and organize in the belief that people should control their own lives and work together as equals and they extend solidarity to student movements fighting privatisation and corporatisation of their higher education throughout the world.