Arms Dealers forced to Break in to their own Factory

EDO-MBM suffered major disruption for the third time in three months when activists completely blocakaded all entrances to Brighton’s bomb factory.
The workers began arriving at around 6am. By 7.30 there were over 100 workers with their cars outside the factory. They were met by protesters who used megaphones to make the workers listen to details of the carnage that their weapons wrought in Gaza, Lebanon and Iraq.

Later that morning the protesters bore witness to the surreal sight of the managing director, Paul Hills, having to climb the fence of the factory in order to get inside. He then returned brandishing an angle grinder, which he instructed an employee to use to cut a hole in the company’s own fence through which employees were eventually able to get inside the factory.

The factory was completely blockaded from 6am to 9.30am, stopping production for several hours. Having achieved this aim, the blockaders decided to unlock themselves before the police intervened. There were no arrests.

The protest is continuing outside the factory, which supplies weapons components to the USA and Israel. Spokesperson Andrew Becket said “Yesterday was UN Peace Day. These protests highlight the hypocrisy of a United Nations Peace Messenger City that is involved in the production of weapons that have been used to kill more than 1000 people in Lebanon and over 100,000 people in Iraq. It’s time that we live up to our city’s title and kick this deadly factory out of Brighton.”

Last Saturday hundreds of protesters marched aginst EDO MBM, despite police repression, to deliver a petition to Brighton and Hove Council calling on them to condemn EDO. Smash EDO have been holding noise protests outside the factory once a week for three years. Since the bombing of Lebanon began Smash EDO have hit back at the war profiteers with two blockades, a rooftop occupation and regular telephone blockades of the factory.

The campaign will continue until EDO shuts down or ceases production of military technology. 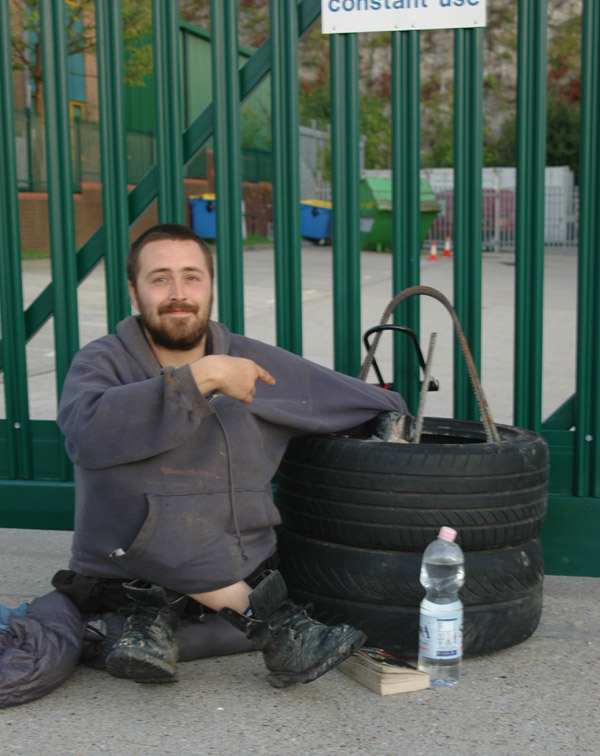 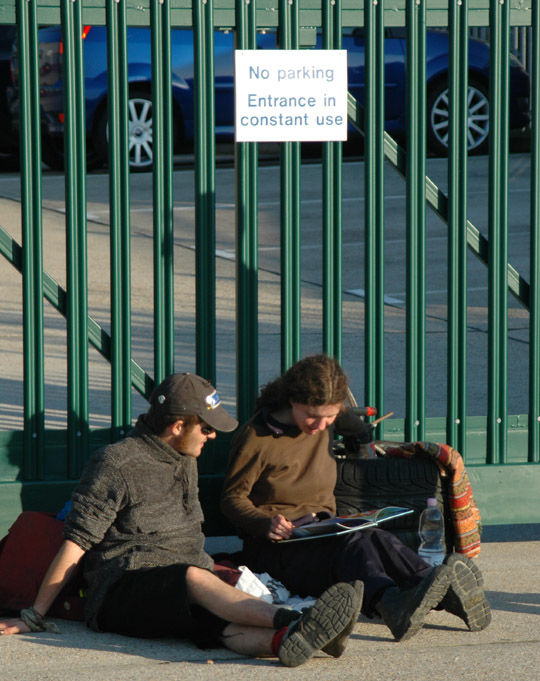 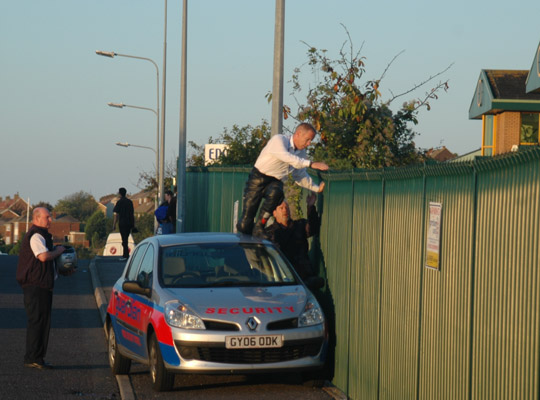 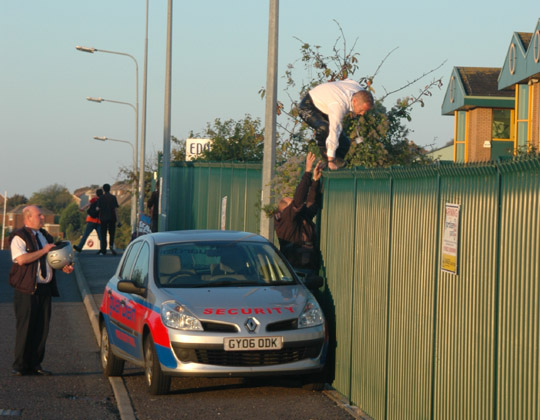 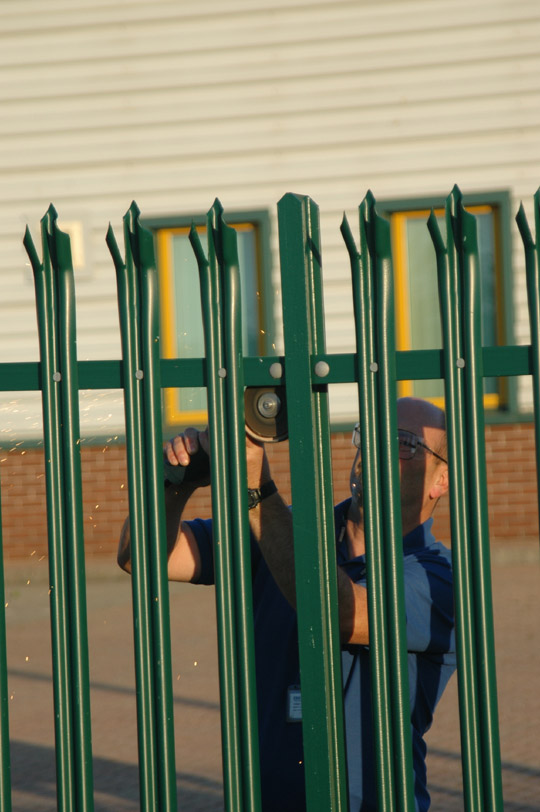 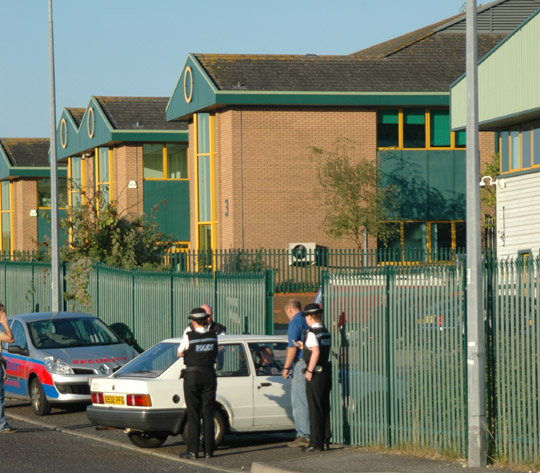 This brilliant story didn't get much press apart from indymedia UK, and just in case EDO pumped out press releases of new contracts today to try and counteract any bad media.

But nevertheless EDO's share price appears again to have dropped at about the same time the Indymedia Uk story was posted.

There's a little video on SchMovies, with a longer one promised once soon.