The sixth Seedy Sunday Brighton was held at The Old Market in Hove on Sunday 4 February 2007. 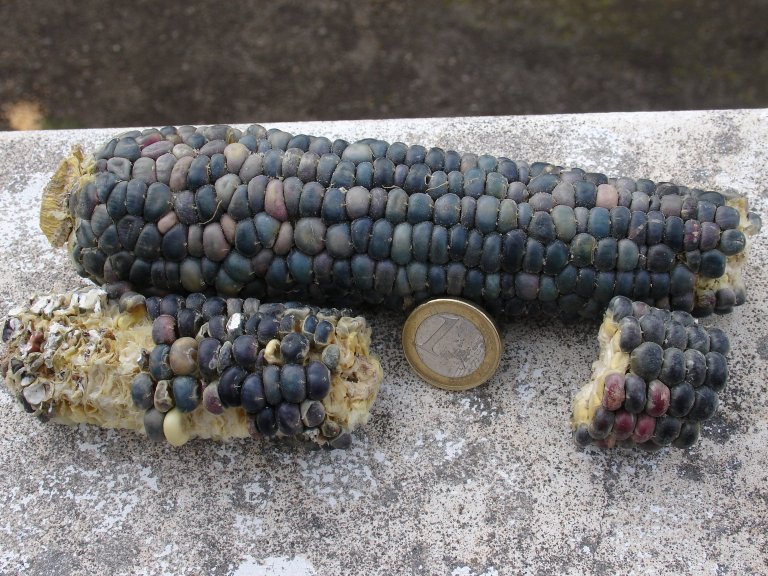 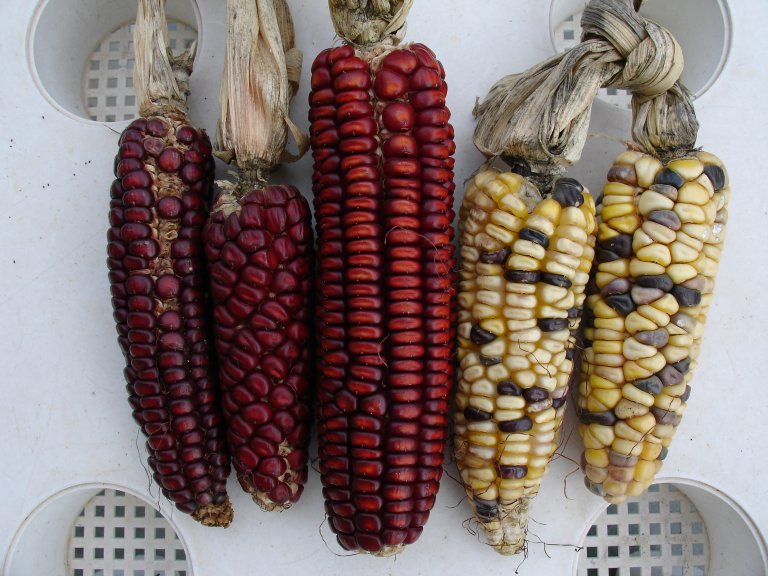 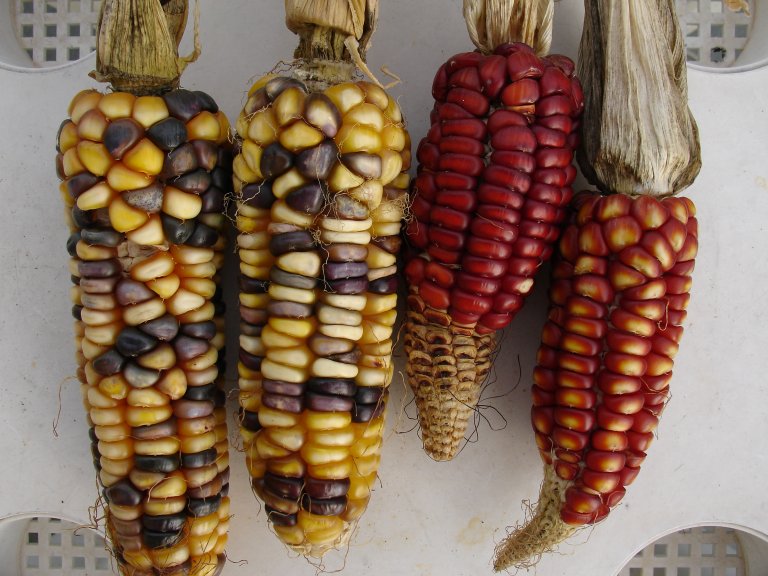 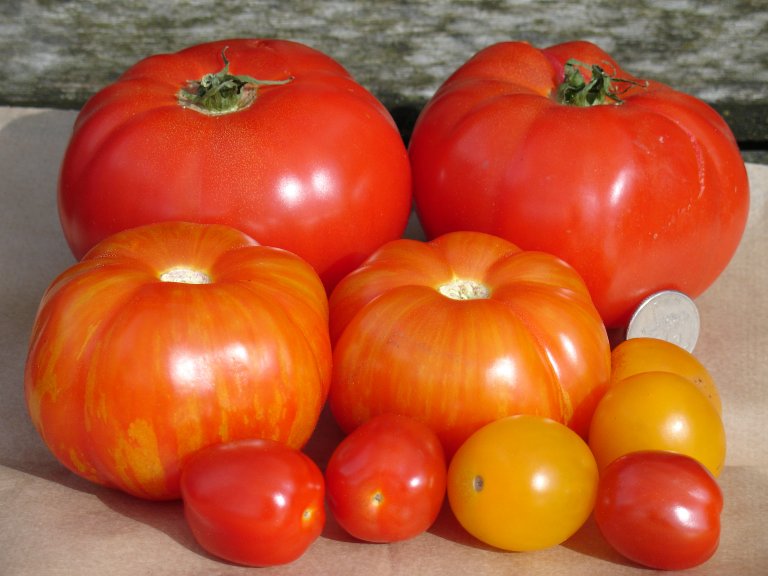 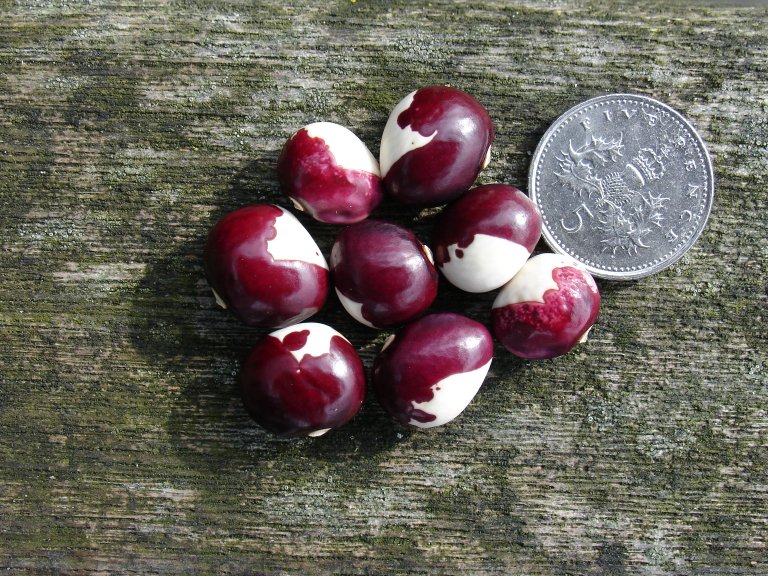 "Open-pollinated (OP) varieties, as distinct from hybrids, are entirely different constructs. Here are organisms which do not 'de-volve' at the culmination of each cycle of growth. Indeed, precisely the antithesis: OP crops breed 'true' from season-to-season. They are capable not only of being handed down, and improved from year-to-year, but also of being reinterpreted and used as inspiration for new varieties. With each and every cycle of replanting, open-pollinated varieties evolve with their environment and us: as we evolve with them. They possess an evolutionary integrity and with it access to both the wisdom and means - entirely precluded by hybrids - of conscious stewardship." -- The Seed Ambassadors

It is that time of year, when gardeners, with spring nearly upon us, think upon what they are going to sow in the coming year. Some open up a seed catalogue, some pop down to the garden centre, but the wise and those in the know, travel down to Brighton for Seedy Sunday.

First held at at St Georges Hall in Kemptown way back in 2002, Seedy Sunday Brighton is now in its sixth year, and for the last five years has been held at The Old Market in Hove.

It could not have been held on a nicer day, a hard frost in the morning, clear blue sky.

Travel on public transport, especially on a Sunday, can be a nightmare, and it is then you fully appreciate we are a third world country pretending to be a first world country. This Sunday was to be no exception. A nightmare journey that on a good day is about an hour and a half, but on Sunday, due to rail works between Haywards Heath and Brighton, turned into two and a half hours, with a connecting bus service from Haywards Heath to Brighton.

There was a talk at 1345 I would have liked to have made, but I dawdled on the seafront. Food was available at the venue, but not being sure if any would be left, I had an excellent crab sandwich from Jack and Linda Mills. Nearby there is another stall selling freshly caught fish. Both are highly recommended.

Sitting in the sun, out of the wind, it was very pleasant. I was reluctant to move, and as a result got to The Old Market later than I meant to As a consequence I missed the one talk I had wished to attend.

A community seed swap is where one:

The reason for swapping seeds is that many of our seed varieties are fast disappearing and being lost forever, genetic erosion.

In essence there is nothing novel or unusual about saving and swapping seeds. It is what we have been doing ever since we learnt to walk upright and evolved from hunter-gatherers.

With climate change and global warming, we need as many seed varieties as possible. Open pollinated seeds evolve with us and our environment. Whether consciously or not, we are always selecting out the best strains to suit our little niche. Spontaneous cross-pollination throws up new varieties. Contrast this with Big Business, which is consciously eroding our genetic base, selecting out varieties, often very unstable varieties that do not breed true, to maximise their yields, ie their profits.

The first stall I stopped at for a chat was run by some lovely guys from Oregon, The Seed Ambassadors. The very same whose talk I sadly missed.

The Seed Ambassadors gave a talk about seed saving trends in Europe and America. They are currently travelling around Europe spreading the message and exchanging seeds.

I was pleased to see HDRA were back with their heritage seeds, sadly they were absence last year.

Real Seeds who attended last year and gave an excellent talk, were not present and missed. I wished to see them as I wanted some of their seeds.

Ben and Kate from Real Seeds did though produce what looked like a useful guide to seed saving. I say looked useful, as I meant to pick up a copy and forgot.

A few commercial seed merchants attend, but most of the tables are occupied by seeds for swap.

I had the distinct advantage of arriving with a big bag of seeds, which made me very popular.

I did though buy some seeds off the small seed merchants who attended. If no one buys their seeds, they will not attend events like Seedy Sunday Brighton, indeed, will no longer be in business, so it is important we give them our support.

At events like Seedy Sunday Brighton, you will find seed varieties you will not find anywhere else, or at least not gathered under one roof on one day.

The advantage of sowing your own seeds, is you learn about seasonality, discover the tastes and flavours of fresh produce, are able to eat organic, and are able to safeguard our genetic heritage.

You always learn something new at Seedy Sunday Brighton. I learnt from the guy with the seed potatoes, to sprout on a windowsill in the sun, not in the dark, as that produces weak spindly shoots. He recommended not slicing the potatoes in half as a false economy as it made them more prone to disease.

If you have never grown anything before, or at least never saved seeds, start with something easy like pumpkins, French beans, runner beans, tomatoes.

Pumpkins: Avoid Jack O Lantern. This is the large yellow pumpkins seen at Halloween. Excellent for carving, no good for eating, which is probably why pumpkins receive such a bad press. Two varieties to try are Kabocha and Zimbabwe. I doubt you will find the seeds anywhere, so look at for them at the next Seedy Sunday Brighton. I handed loads out, so I will expect to see them next year.

To cook: Carve into chunks. Save the seeds. You can eat the seeds, but we are all seed savers now. Pour on each chunk a drop of high quality Palestinian olive oil. Cook in an oven at Gas Mk 5 in the middle of the oven for around 45-50 minutes, or until soft. They have an interesting texture and a lovely nutty flavour.

To save the seeds: Wash under cold water until you have removed all the pulp. Then dry on a sheet of newspaper in the sun. It is important you ensure the seeds are dry before storing.

Courgettes: One variety to try is Ronde de Nice (aka De Nice à fruit rond, syn Tondo chiaro di Nizza), an old French heritage variety that originates from the south of France. Unusual in that it is round. Eat when the size of a golf ball. When it gets to the size of a grapefruit, stuff like a marrow. Seed saving as pumpkins. I handed out loads, so look out for them next year. Thomas Etty, who had a stall at Seedy Sunday Brighton, is one of the few seed merchants to have this variety for sale.

Growing: Advantage, forms a small compact bush. Pollinate by hand, keep on picking when small and the bush will keep on producing more. Grown in Lincolnshire last year, and everyone commented how tasty these courgettes were. If you have the time, dig out a pit a foot or so across and about the same deep. Back fill with well rotted compost and the soil taken out.

To cook: Place in an oven Gas Mk 5, bake for a few minutes with a dab of butter or drop of oil.

Pumpkins, marrows, courgettes, squashes are all the same family, are very promiscuous, therefore only grow one variety and hand pollinate.

Maize: Very easy to grow. Two excellent varieties, La Coruña (a multicoloured variety) and Tacoronte roja (a red variety). You will not find these on sale. I handed out loads, so look out for them at the next Seedy Sunday Brighton.

Growing: Maize is wind pollinated, therefore grow in a block, not a row, and only grow one variety to avoid cross-fertilisation. A friend grew La Coruña last summer, and has two cobs hanging in his garage drying. The plants grew as tall as him, and he said it was the best sweetcorn he had ever tasted.

To cook: Drop a cob into boiling water. Cook for a couple of minutes only. Take out of the pot, cover in butter, and eat immediately.

Seed saving: Tie two cobs together and hang in a dry place to dry.

French Beans: The fascination with French beans is the seemingly infinite varieties. Small beans, large beans, black beans, red beans, white beans, black and white, multi-coloured, the pods can be pencil or flat in cross section, waxy or non-waxy, green, yellow, purple, dwarf or climbing. Nothing beats in early summer, French beans straight from the garden and into the pot. Varieties that can be found in the shops are Purple Queen and Tendergreen. From the smaller seed merchants and from Seedy Sunday Brighton, Lazy Housewife and Cherokee Trail of Tears. But there are many, many varieties. Yet another reason to join the HDRA Heritage Seed Library. Thomas Etty sell Lazy Housewife, it is also in the HDRA seed catalogue, as is Cherokee Trail of Tears.

Growing: If you plant out in the spring the soil is too cold. Grow in pots, then plant out. Instead of planting out an entire row, sow half a dozen every week, then you have a succession of beans. Pick when the pods are still small for maximum flavour.

Seed saving: Leave on the vine as long as possible to dry, bring in in the autumn when it is becoming cold and damp. Lay out on newspaper to dry in the sun. There are then two schools of thought whether to leave in pods or not. If you have a lot, easiest to pod, then store in airtight jars when thoroughly dry. I still have lying on a newspaper, half a dozen pods of Lazy Housewife from last autumn.

Tomatoes: Too many varieties to name. One to avoid is Moneymaker. Very prolific, but watery and tasteless. One variety you may find, which is worth trying, is Marmande. This is a large, irregular, old French variety. Not to be confused with the tasteless Beefsteak found in supermarkets. Varieties to try are Romalina, Teardrop, Santa. If you are in the south of England or in London, you may find these tomato varieties on farmers markets on a stall from an Isle of Wight tomato grower. HDRA Heritage Seed Library has many, many varieties, yet another reason to join!

Seed saving: As you are eating tomatoes, why else are you growing them, squidge a few seeds out onto a piece of folded tissue.

Runner beans: Varieties to try are Scarlet Emperor, Painted Lady. Growing and seed saving is very much as for French beans, but only grow one variety, as they will cross-pollinate.

To cook: Top and tail, and strip down the sides. This gets rid of all the stringy bits, though if you pick when small, the beans should not be stringy. Pick often to maximise the yield. Do not slice with a bean slicer, instead break into small pieces and drop into a pot of boiling, lightly salted water.

Afterwards I went with a friend Christina to Bom-Bane's (on the edge of Kemptown, just up from Brighton Pier), where we met up with some friends and had a really excellent meal. I did not mind missing Copacabana, a Brazilian restaurant, where I had intended to eat, but I did miss the Brazilian beer which I was looking forward to.

Journey home was not too bad, mainly thanks to Christina kindly dropping me off at Gatwick Airport on her way back to London.

The day's event was sponsored by Infinity Foods, who have a very good whole food shop in Brighton.