AS SchNEWS SWINGS ITS LONG LENS TOWARDS STATE SURVEILLANCE 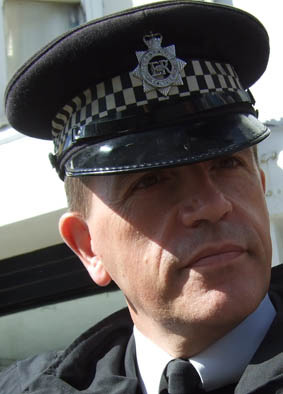 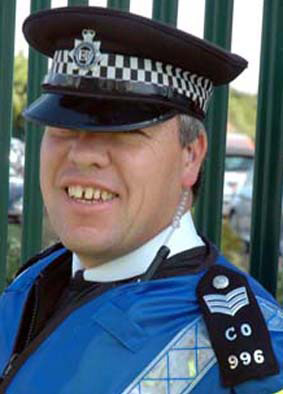 WAKE UP!! IT'S YER WATCHING THE WATCHMEN...
SchNEWS

It’s time to get yer party masks out- FITwatch are celebrating their 1st birthday! FITwatch have been a welcome presence at demos - obscuring the view of the police Forward Intelligence Teams and preventing police evidence gathering and intimidation of crowds.

FIT teams (for the uninitiated) are uniformed officers, whose job it is to build profiles on those opposed to the status quo. The same few officers from a variety of police forces turn up at anti-capitalist, anti-arms trade, animal rights, squat evictions, the climate camp etc etc. Taking literally hundreds of photos at often very innocuous events, their job is to build understanding of our networks. They in turn pass that information onto agencies such as the National Public Order Intelligence Unit and the National Extremism Tactical Co-ordinating Unit. If you’re on a demo and you see a group of cops with ‘blue-topped’ Hi-Vis jackets and long lens cameras then you’re probably looking at the FIT.

Their methods could be charitably described as ‘pro-active’ as they follow and harass activists who have the misfortune to make it onto one of their spotter cards. One individual who’s made the way up this ladder of enhanced surveillance told SchNEWS “Police men who at first are total strangers accost you in the street by your first name, trying to give the impression that they’re ‘onto’ you in some way. You then get singled out for stops and searches and on big demos you might even get the pleasure of your own police escort! You don’t have to have been convicted of any crime to end up on the list – mere suspicion is enough”.

One of their spotter cards fell into the hands of activists at the DSEi 2003 Arms Fair and revealed the bizarre range of people considered potential sources of disorder – including comedian/activist Mark Thomas. At least one campaigner has been driven to the edge of a nervous breakdown by their constant harassment. They’ve also received criticism from the NUJ for cataloguing photographers who regularly attend demos.

The FIT teams were first deployed as a police tactic against football hooligans – travelling to games around the U.K and Europe spotting known ‘troublemakers’. Plans are now afoot to roll the tactic out as a form of social control on council estates. Announcing she intended to extend FIT operations to problem estates, Home Secretary Jacqui Smith admitted she wanted targets “harried and harassed.” And this is exactly what they are doing on demonstrations - they are trying to harass people enough they no longer attend..

For a long while the movement didn’t really deal with the issue, almost adopting a policy of ‘ignore them and they’ll go away’ and not letting them know the chilling effect they were having on political activism.

Within the last year however the tables have been turned, and no street action is now complete without FITwatch, who have been very successful at changing the vibe at demos, by blocking off the cameras with massive black banners and following the evidence gatherers - basically doing to the FIT teams what the FIT have been doing to us for years. With these tactics, they’ve been honing the art of creating blind spots in the police’s intelligence, making spaces in which activists can feel safe. And ironically the FIT team seem rather coy themselves - they don’t like being filmed. Generally they try to get other cops to effect arrests and keep their names from becoming public knowledge.

FIT team personnel don’t have a very high turnover – just think how long new recruits must take to memorise all those names and faces. That means that some of them at least have become very familiar to us. Here’s a small selection of our favourites....

Until the arrival of FITwatch on the scene, a couple of coppers with some oversized camcorders seemed plenty enough to put the frighteners. A year of activity disrupting the police’s invasive strategies and, in FITwatch’s own words:

“FIT no longer feel safe on our demonstrations. According to their own statements, they have felt ‘intimidated’ by our tactics, and we have at times, rendered their intelligence gathering operations ‘ineffective’. We have seen several demonstrations where the cameraman has had to be ‘withdrawn’, and we have shown we can do this even when our numbers are small.”