On the morning of Thursday 10 September a tripod has now successfully been erected at the marine gate preventing blades from leaving the factory. A worker from the original occupation is currently standing at the top of the tripod as the blockade prepares for an increase in activity on both sides. 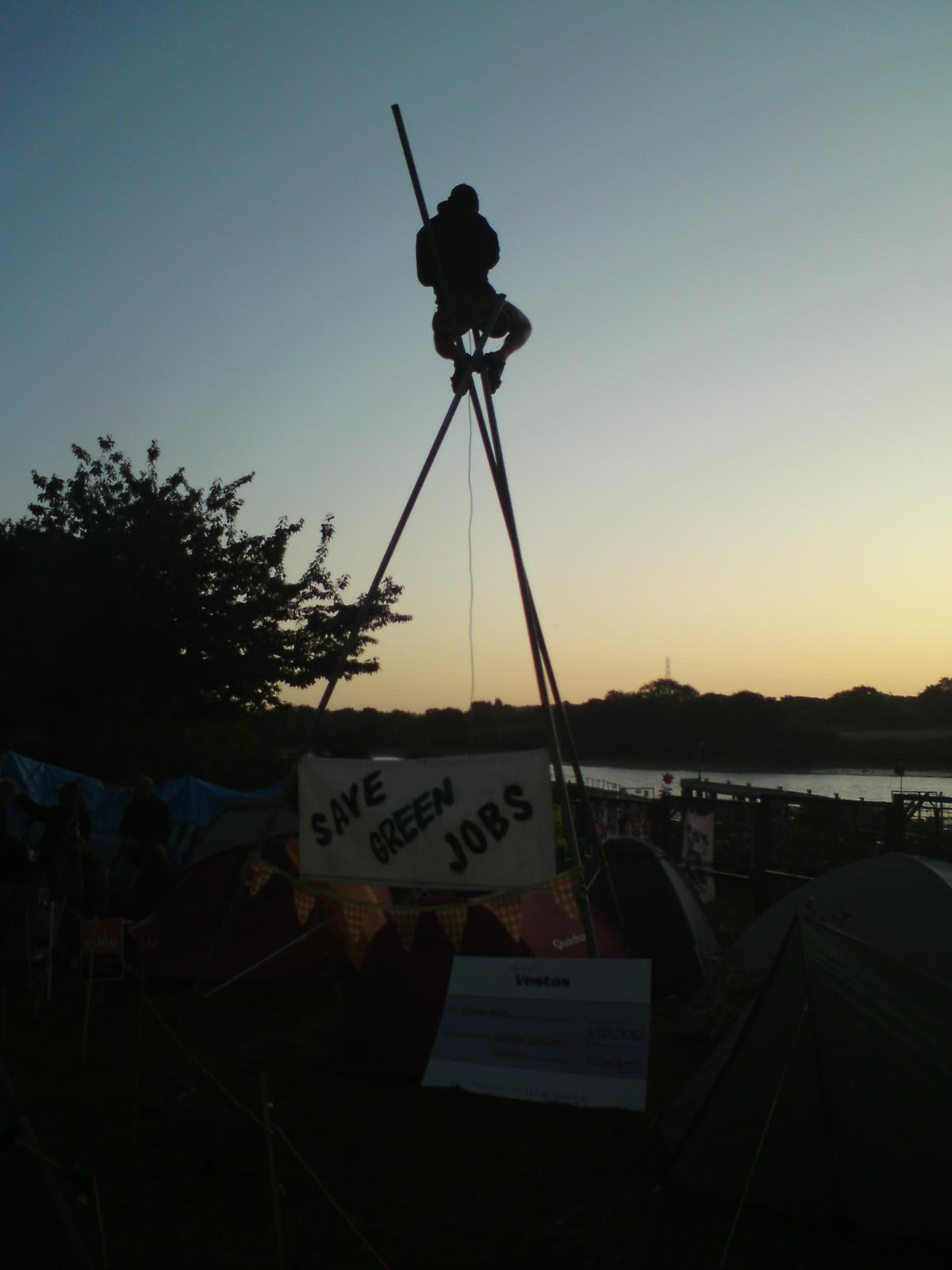 After more than a week of blockading the Vestas factory in Newport, Isle
Of Wight, a tripod has now been erected at the marine gate preventing
blades from leaving the factory. A worker from the original occupation is
standing on top of the tripod enjoying a stunning view of sunrise over the
River Medina.

This inspirational addition to the blockade followed a day of police
intimidation that included one arrest and one person being banned from the
site after receiving a dispersal order. Blockaders have also had to deal
with the confiscation of one tripod before it had been erected and the
dismantling of one other blockade. Workers and supporters worked together
throughout the night to build the replacement tripod and carry it to the
site as the sun rose. Tripod workshops have been held throughout the week
as climate activists share skills with Vestas Workers. Other skillshares
have included 12 volt solar installations to power the camp’s office in a
caravan.

This action comes one week before a national day of action to further
highlight the plight of the 600 workers made redundant by this
multinational company.

“We the workers see it as our duty to stop our blades from leaving as
part of the campaign to nationalize the factory. Vestas have told us that
there is no demand for our products but are still unwilling to sell the
site to other interested parties. It is clear the government must act on
such an important issue as renewable energy production. They should not
let our future be dictated solely by profit.’’

‘’We are calling on the government to invest in green jobs on the Isle of
Wight and for Vestas to reinstate the eleven sacked workers who occupied
the factory.’’

The workers and their supporters call on others to come and join them on
the blockades over the coming days as a matter of urgency and to show
support on the National Day of Action on 17th September.

PLEASE GET IN TOUCH FOR PHOTOS AND INTERVIEWS