Clear-felling to resume at Mainshill Wood

The Mainshill Solidarity Camp has learned from Forestry Commission workers that the land owner at Mainshill Wood in South Lanarkshire, Lord Home, intends to continuing clear-felling large areas of plantation in preparation for a new open cast coal mine. 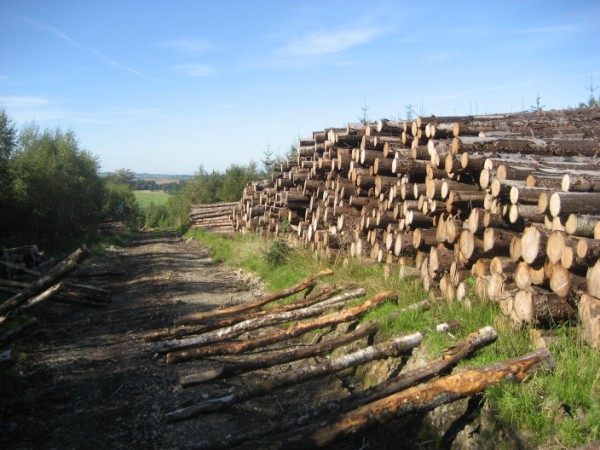 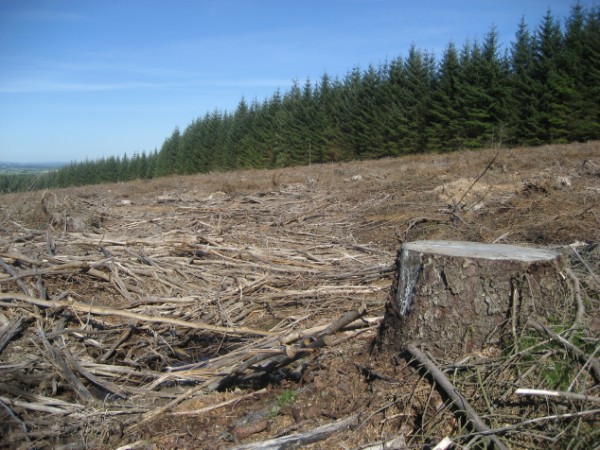 Clear-fell - it won't get any bigger! 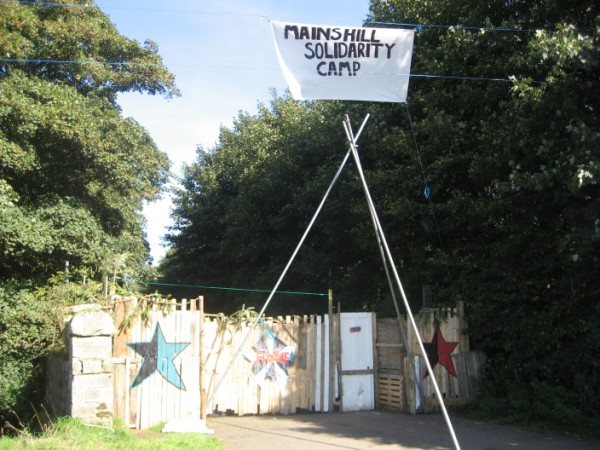 Two workers have been removing branches on a section of plantation next to the huge area that was felled three months ago, and told campers that the harvesting machines and a JCB would be on their way soon.

When the clear-felling started in June, campers took this as a sign that work was starting on the site and occupied it, preventing any further felling and preventing any of the wood being removed from the site.

The area of plantation is well within the intended excavation area on the site. In addition, Scottish Coal have still not carried out the extensive ecological survey at Mainshill that was a condition of the planning approval. How can an accurate survey be conducted after all the woodland has been removed? Badger sets, bats and nests of birds of prey have all bee seen in the plantation at Mainshill.

The Solidarity Camp will stop any work from taking place on the site in preparation for the nine – there is no community consent for this project. An update will be sent out as soon as there is an attempt to enter the site with heavy machinery.

Come to the camp this week to resist more clear-felling – the longer preparatory work is delayed, the greater the cost to Scottish Coal and the stronger this campaign grows!