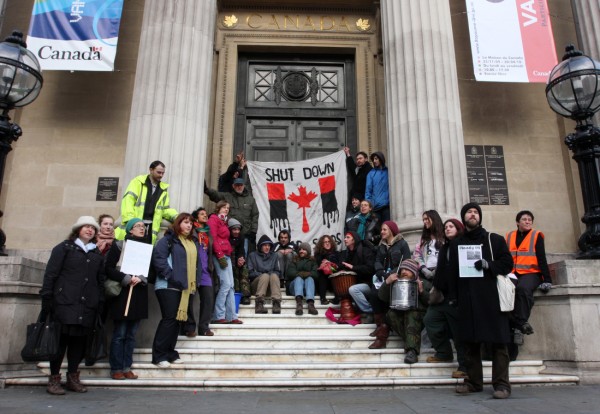 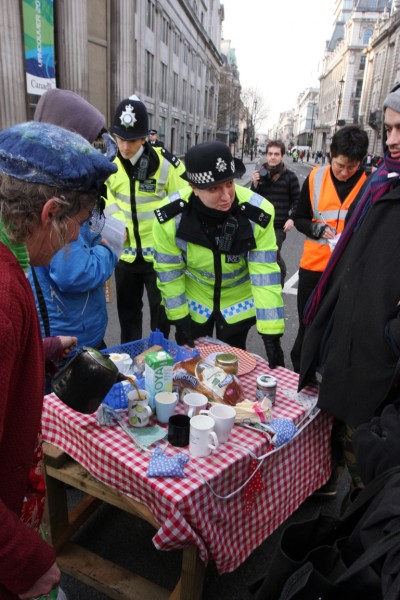 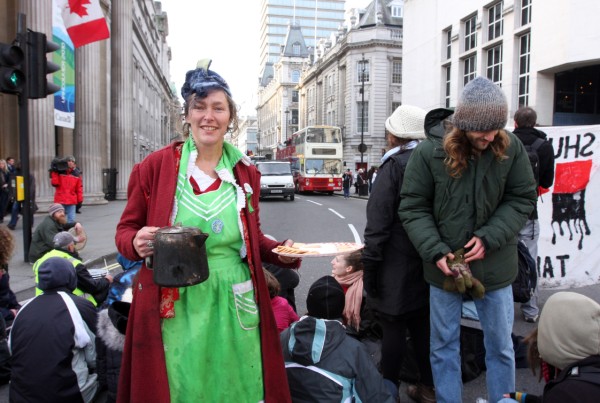 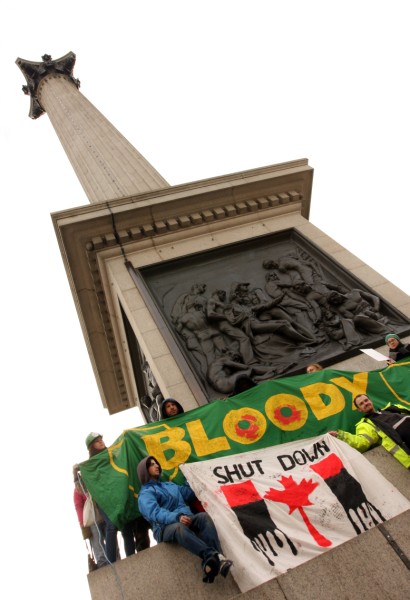 After a banner raising ceremony, a tea party was held on the road outside. When police moved the picnic table, demonstrators organised a short roaming blockade of traffic in the streets surrounding Canada House before unfurling banners on Nelson's Column, Trafalgar Square.

Trafalgar Square was occupied by the Climate Camp, a small tent village, erected in support of climate change protesters attending the COP Summit in Copenhagen, Denmark.

There were no arrests.