Eco-activists have branded Newham’s mayor a ‘sell-out’ for not protecting East Londoners from increasing noise and pollution as a result of flight increases at London City Airport. 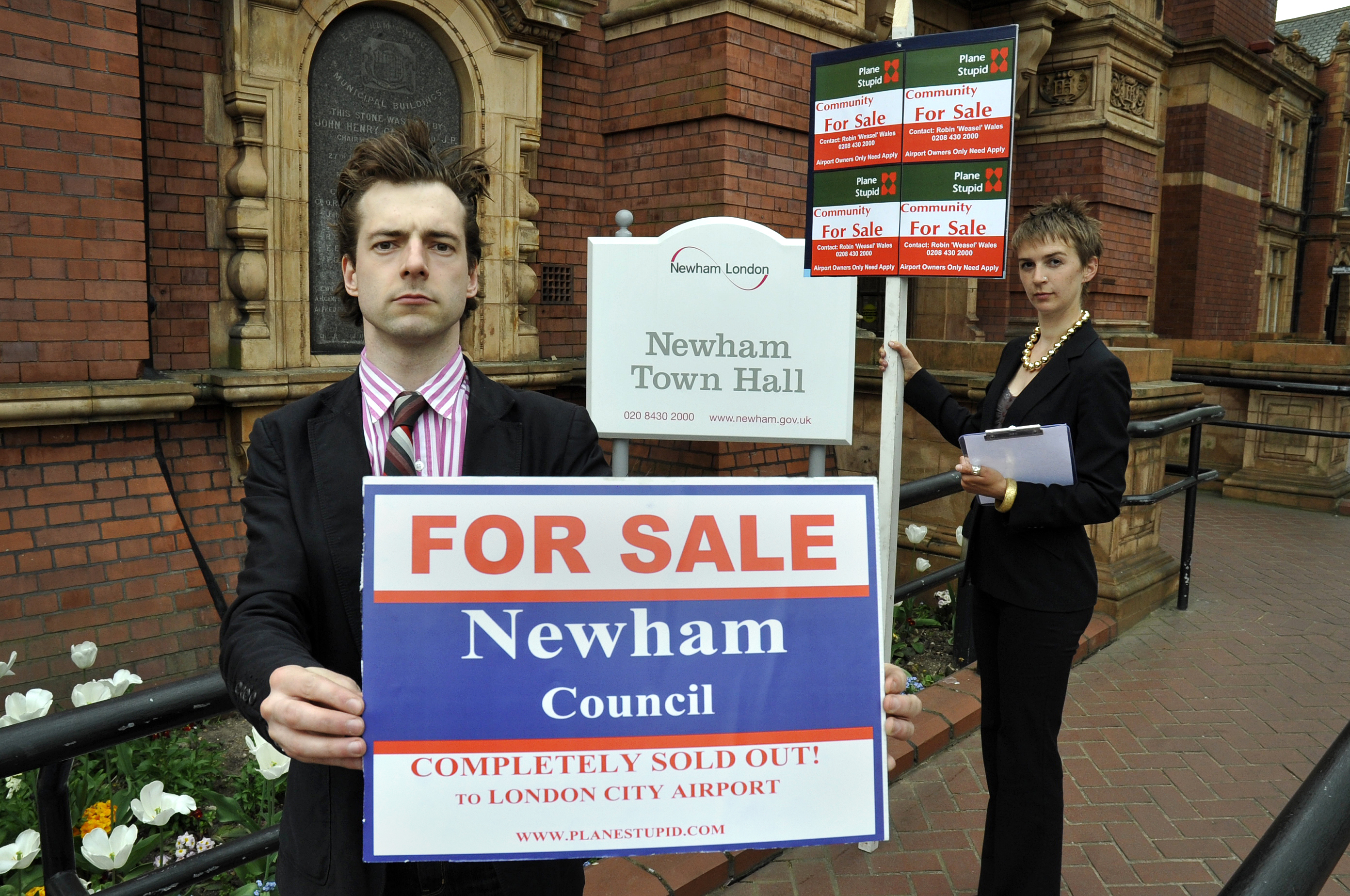 Spokesperson Nancy Birch said Newham’s mayor, Sir Robin Wales, must prove he is worthy of his recent re-election by reviewing the council’s decision to allow London City Airport to increase its annual flights from 91,000 to 120,000.

Since the council gave the green light to expansion last July, residents all over east and north-east London have suffered from aircraft noise following the introduction of new flight paths.

Comment on the action of ‘Plane Stupid Estates’, spokeswoman Nancy Birch said: ‘Sir Robin is ultimately responsible for protecting the health and wellbeing of people of Newham. The air quality around the airport already exceeds EU guidelines and now, with the increase in flights, the whole of the east side of London is suffering from higher levels of noise and pollution.’

Councils in Havering, Redbridge, Waltham Forest, Tower Hamlets, Bexley and Barking & Dagenham are supporting a High Court challenge by East London campaign group, Fight The Flights, to stop the expansion. Residents in Greenwich and Hackney are also likely to be affected by an increase in flights.

Miss Birch continues: ‘Followinghis re-election Sir Robin told reporters, “We have to fight to defend our people and support them the best we can.” Now heneeds to practice what he preaches. We are calling for Newham Council to review its policy on London City Airport and say no to expansion.’


Notes to the editor:

Plane Stupid is highlighting three major failures by Newham Council in its dealing with the airport:

· Newham Council has failed to act on the fact that the chief executive of London City Airport, Richard Gooding, is also the chairman of Newham Homes. Many properties around the airport are managed by Newham Homes. Complaints about noise or air pollution at London City Airport from local residents would ultimately be dealt with by Richard Gooding. This is clearly unethical.

· Newham Council has failed to address the rapid increase in the number of jets (as opposed to turbo-prop engines) using London City Airport and the commensurate increase in noise nuisance. Civil Aviation Authority figures show that the percentage of jets used annually has risen from 25% of flights in 2002 to 62% in 2009.

· Newham Council has failed to recognise that nitrogen dioxide levels surrounding the airport are already 50% above EU limits.

Local campaign group Fight The Flights has launched a High Court bid to stop the airport from expanding its flight numbers. The Greater London Assembly’s Environment Committee is also holding a probe into the effects of flight expansion.

In July 2009 Newham Council gave London City Airport permission to increase the number of flights from 91,000 to 120,000 per year. Expansion was made conditional on tougher environmental controls for air quality and noise levels.

The GLA’s review will look at environmental impacts such as noise, emissions and air quality and whether current environmental safeguards and controls are adequate.