Media disinformation regarding Israel's murderous assault - The role of the BBC

More newsspeak from the BBC, that having spent years helping to demonize (democratically elected) Hamas, is clearly worried that Israel’s actions threaten to undo all the ‘good work’ the BBC has done on behalf of it patron, Israel. 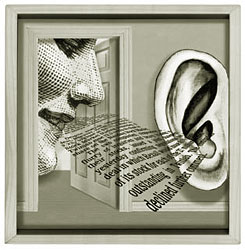 “This happened in waters outside of Israeli territory, but we have the right to defend ourselves.” — Israeli military spokeswoman, Avital Leibovich


In Yiddish it’s called Chutzpah, to have the nerve to say something outrageous, the perfect description—if what was said wasn’t so odious—by Israeli propagandists. I’m talking here about an Israeli spokeman on RT.com the other night, attempting to justify the murderous assault on the Gaza aid activists. Attack becomes “defence”, international waters become Israeli, or not as the case may be.

Actually Chutzpah doesn’t even begin to describe the venomous and hysterical rantings of the Israeli spokesman. Eventually it just got too much for me to watch.

On the other hand we have the ‘measured tones’ of your standard BBC model, allegedly impartial and objective, yet they’re both united by a common worldview.

In the first, the Israeli one, we have the archetypal ‘Goebbels’ style, repeat the lies often enough, shout it even and the job is done. Sheer brute force stamps the Zionist reality on your forebrain.

In the second, it’s the ‘measured tones’ of the BBC repeated ad infinitum that do the trick, for underpinning both is the ideology of superiority, both racial and cultural. The BBC method is more subtle, it has all the marks of a reasoned approach to the event but amounts to the same thing; a justification for barbarism.

I think it’s worth analyzing a complete ‘analysis’ by the BBC’s diplomatic correspondent [sic] Jonathan Marcus as to how they pull off the stunt of pulling the wool over the reader’s eyes.

First off, the piece below completely avoids mentioning anything about the illegal and murderous actions of the IDF, instead it concentrates on the public relations problems the Israelis have created for themselves by their actions. But is this the purpose of BBC’s ‘objective’ reporting method? In other words, is this article news or blatant propaganda for Israel?

The entire piece reads as if the BBC has a lot invested in what Israel does, which when you think about it, is exactly right. After all, the bulk of the BBC’s ‘news’ consists of official Israeli propaganda, and is reprinted without even bothering to insert ‘allegedly’ before regurgitating Israel’s outrageous newsspeak. Here is the BBC article in its entirety, broken up by my observations:

“This was always going to be a high-risk operation for Israel, both in terms of reputation and diplomatic repercussions."

Note that the human repercussions of the murderous attack doesn’t figure, the writer is only concerned with the PR.

"Taking over vessels at sea is no easy task, even if the units carrying out the mission are well trained, and it is especially difficult if the people already on board the vessels resist."

No doubt the writer speaks from experience? Resist? A ship in international waters is attacked from the air and the sea with guns firing and all the writer is concerned with is how difficult the operation is! It doesn’t occur to him that in fact the people onboard had every right to defend themselves.

"The full details of what happened will emerge in time, but in political terms the damage has already been done."

But I doubt that you’ll read them on the BBC Website and again as with the entire article the writer ignores the human damage done.

"The deaths threaten to make what was always going to be a potential public relations disaster for Israel into a fully-fledged calamity."

But not if the BBC has anything to do with what is legally an Act of War against the sovereign state of Turkey. “Calamity” is an odd choice of words for the BBC, not one it applies to the deaths of innocents on the high seas but to the problems it creates in selling the state of Israel!

"But the political ramifications could be even more serious."

"A Turkish charity had a major role in organising this flotilla.

The Palestinian issue plays strongly in Turkish public opinion, where the tide is already strongly critical of Israel.

This episode will only make matters worse."

At last, we get down to the nub of this BBC spin piece. What matters is not the actions of the Israelis, but the fact that it creates problems for the Empire. It threatens to unravel the carefully constructed story erected around the settler state called Israel and the ‘terrorists’. Question this and ergo, one has to question all the rationales for the Empire’s actions, clearly a step too far for the BBC, so deeply enmeshed is it in the affairs of the Empire.

"Turkish politics is changing. Groups like the military who always backed strong ties with Israel now have less political clout.

Relations between the two countries are ratcheting downwards with few pressures operating in the opposite direction to improve ties.

This incident at sea also firmly puts the spotlight on Gaza and Israel’s efforts to control access to the territory.

Gaza is unfinished business with all three key players – Israel, Egypt and the United States, all happy to try to isolate the Hamas government there."

The open prison that is the Gaza Strip, where 1.5 million people are denied the basics of life, shot at and bombed virtually every day, is as far as the BBC is concerned merely “unfinished business”.

"But, as aid agencies warn, this isolation comes at a price for the ordinary people of Gaza and this incident catapults their plight firmly into the spotlight." — ‘Israel faces flotilla raid fallout’ By Jonathan Marcus, 31 May, 2010

More newsspeak from the BBC, that having spent years helping to demonize (democratically elected) Hamas, is clearly worried that Israel’s actions threaten to undo all the ‘good work’ the BBC has done on behalf of it patron, Israel. Note too that the writer finally manages to mention the “ordinary people of Gaza”, not that he is worried about their plight, but that the Israeli attack puts them “firmly into the spotlight”, obviously the last thing the BBC wants to happen.