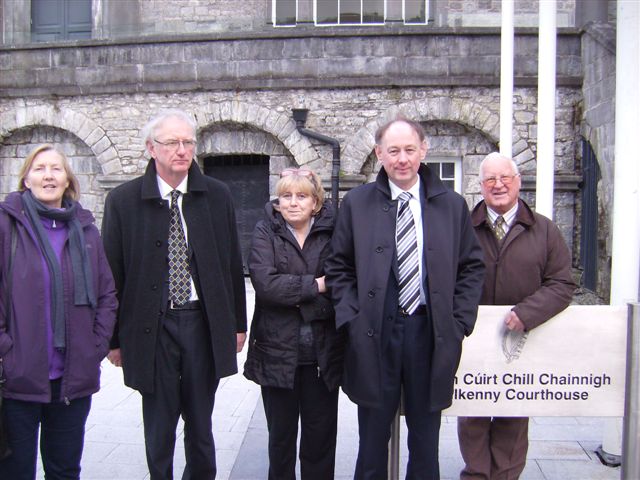 The assault by John O’Reilly (a member of the Kilkenny Foxhounds) occurred on November 5th, 2013 at Rathielty when the brothers were carrying out work on a road close to their farm.

Farmers Norman and Hubert Daniels, (who had banned all foxhunting on their lands and been subjected to prolonged intimidation by foxhunters for the past eight years as a result) were engaged on work on their farm involving a digger when the foxhunting fan turned up and assaulted them.

Norman Daniels suffered a serious injury for which he is still receiving medical treatment.

Unknown to the assailant a camcorder that one of the farmers had been using (it was resting on the driver’s seat of the digger) was still running and recording. It recorded the entire incident and the footage is very clear.

Animal protection groups and anti-blood sports lobbyists have welcomed the result of the court case, and it has been hailed as "a triumph of justice over bullying and hunt brutality" by Farmers Against Fox Hunting and Trespass (FAFT), an organization representing Irish farmers who want all hunting banned on their lands, having suffered repeated incursions and extensive damage to farm property.

FAFT Chairman Philip Lynch said: "Many other farmers throughout Ireland have been subjected to similar intimidation as that shown in the video footage now released to the public. Even worse...their livestock has been attacked by packs of hounds, fences have been smashed and whole fields of crops churned up...and farm family pets torn to pieces by hounds in broad daylight. Hunts are a menace in the Irish countryside. They routinely engage in what I would describe as barefaced rural vandalism."

Here, at this link, is the footage showing the Daniels brothers being assaulted and threatened by the foxhunter: