Wiltshire Constabulary have written to Swindon Stop the War Coalition to say they will not be investigating the Prime Minister for illegal acts relating to the attack on Iraq. A letter was handed into the police on 21st November signed by Andrew Newman, secretary of the Swindon Coalition, and former paratrooper Rev Sidney Hinkes, a veteran local Peace Campaigner. This explained the crimes that Blair had committed. 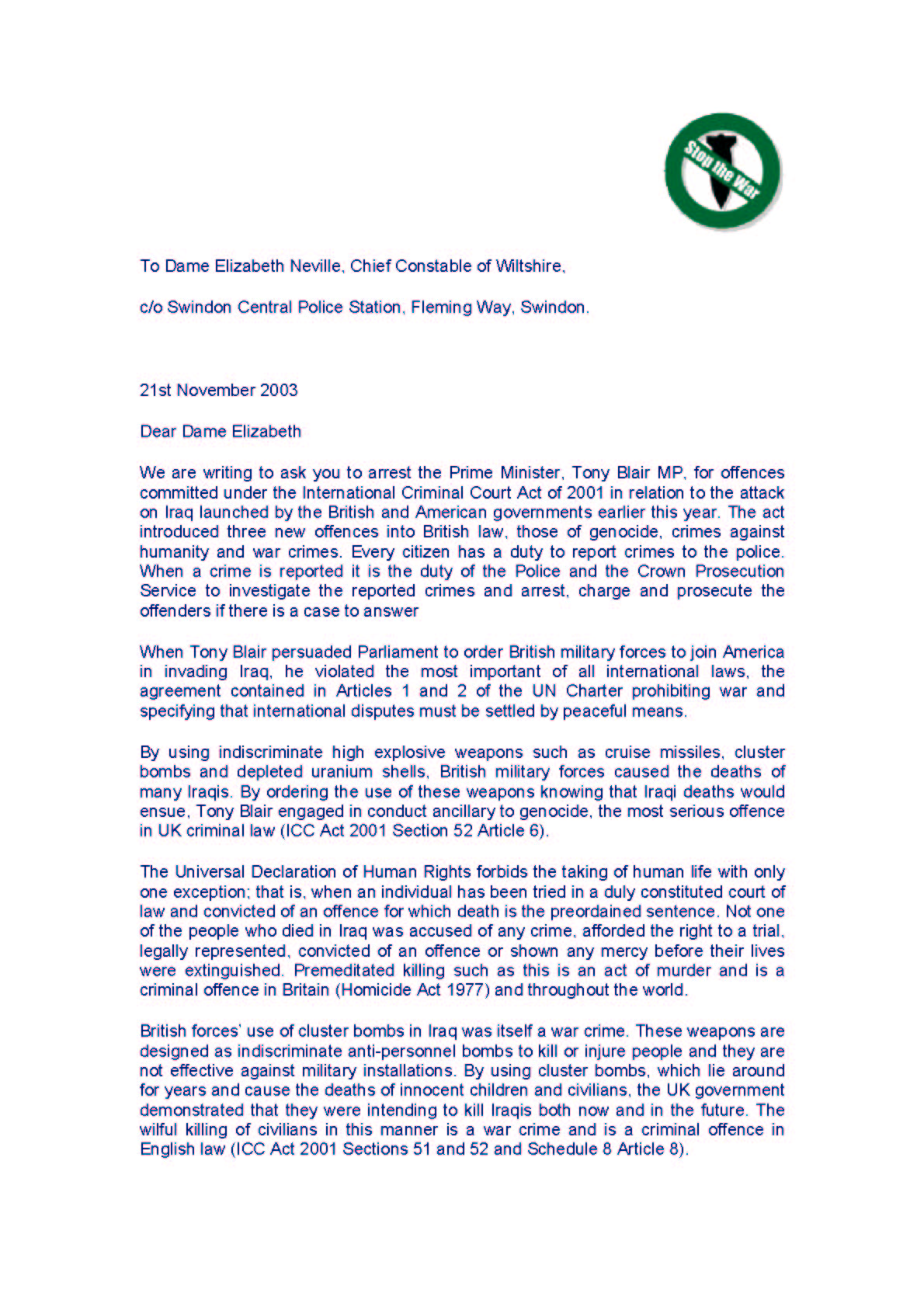 Page 1 of letter to cops 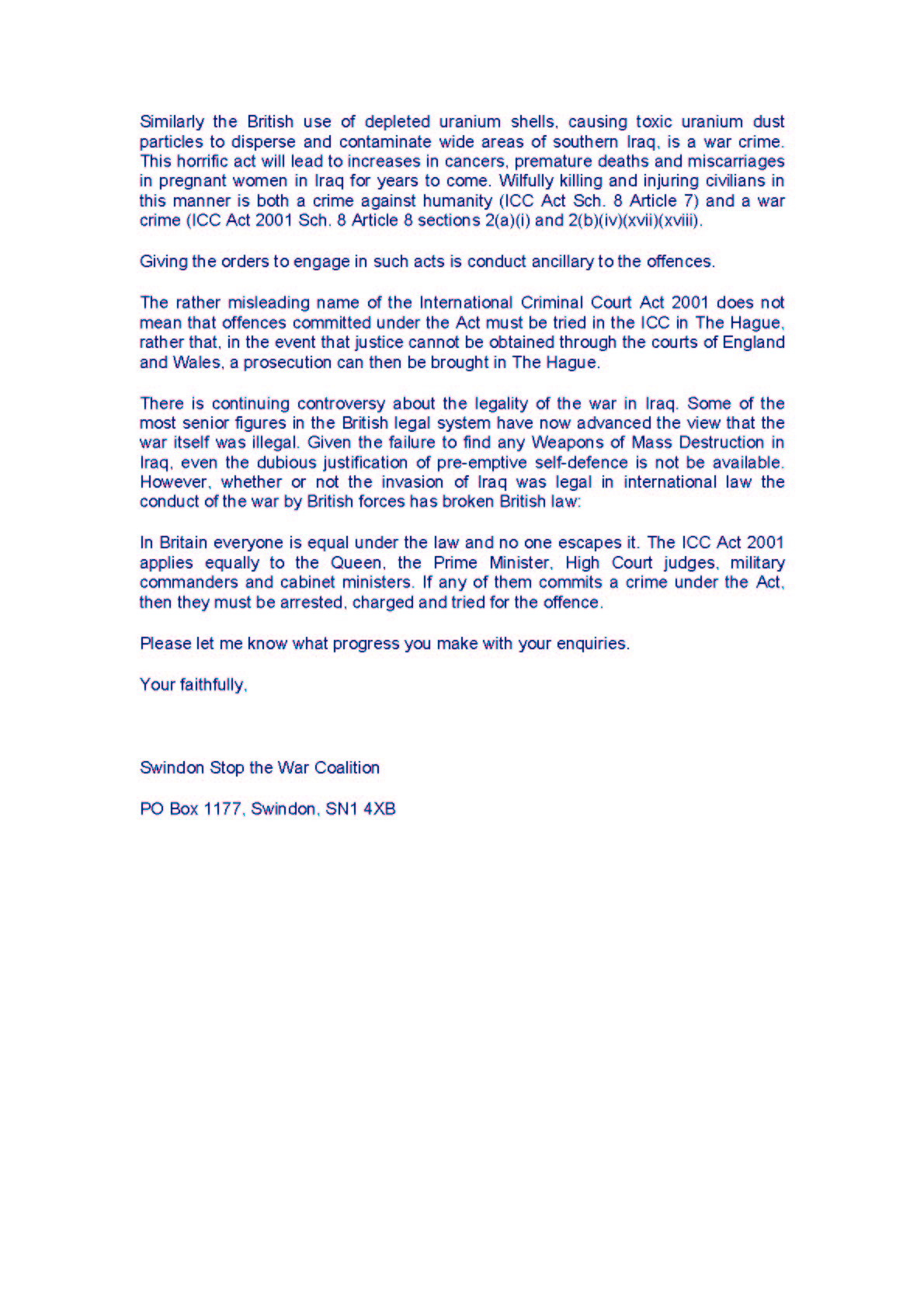 page 2 of letter to cops 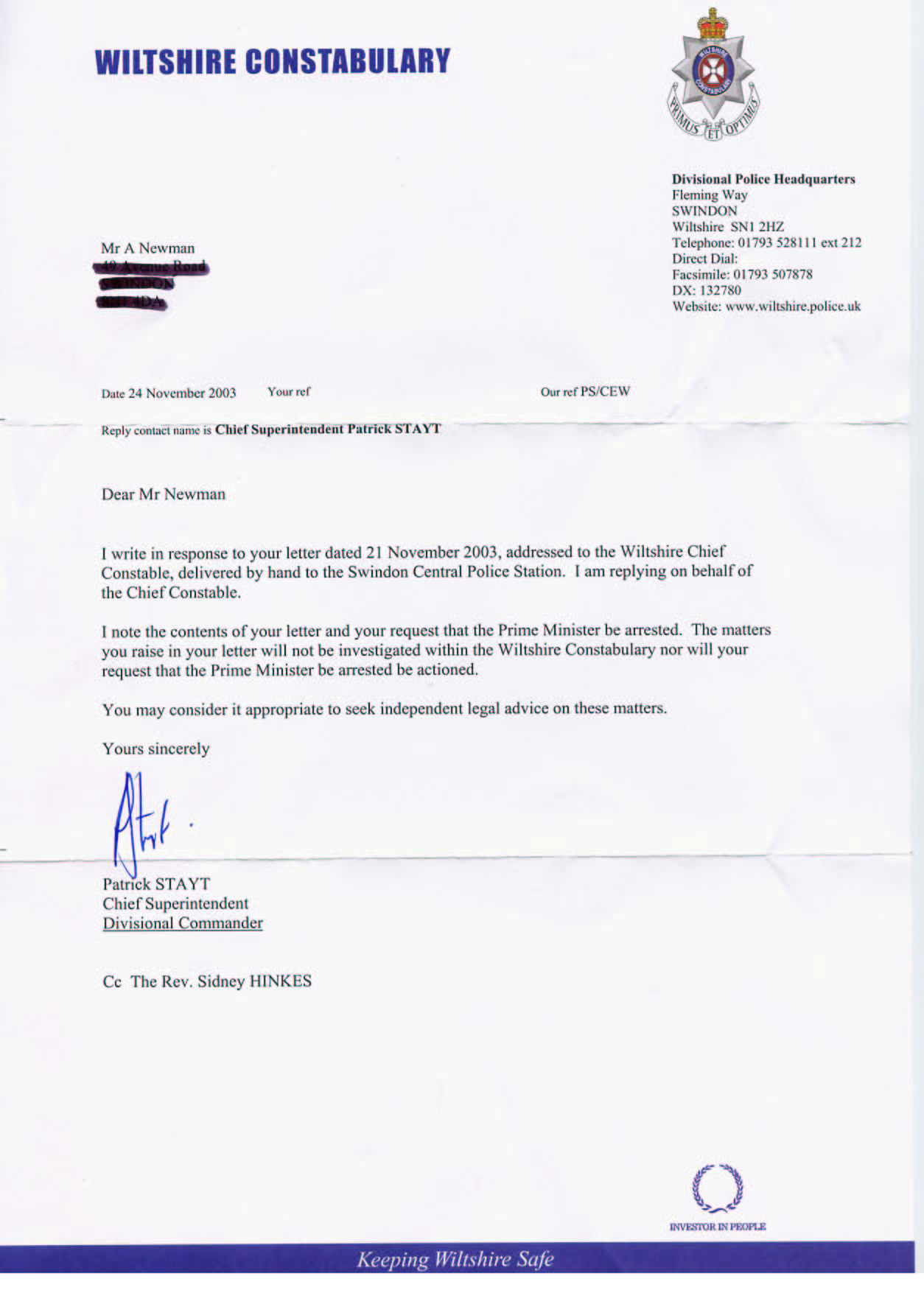 Swindon Stop the War Colaition are disappointed by the lack of seriousness shown by Wiltshire Constabulary over this matter. There is certainly enough evidence available just from reading newspapers to suggest that Tony Blair may have committed the crime of conduct ancillary to Genocide by authorizing the use of heavy munitions against areas populated by civilians: this is the most serious crime in English criminal law.

We think Wiltshire Police have a moral duty to investigate this, especially as there is evidence that cluster bombs were transported across Wiltshire from the Berkshire Arms Dump, RAF Welford to RAF Fairford. They were then dropped on urban targets in Iraq in contravention of international law. At some stages Wiltshire police were guarding troops and aircraft engaged in illegal activities – next time someone wants to rob a bank in Swindon perhaps they should ask for a police escort to help their getaway!
There are recent precedents for police forces in Western democracies intervening to investigate the illegal actions of politicians. Only a few years ago, the famous Spanish Judge Garzon investigated the illegal actions of his own government’s (GAL) death squads which operated in Spain's Basque region in the early 1980s. That ended with the former Socialist Interior Minister, Jose Barrionuevo, in prison.

We confidently look forward to the day when Tony Blair stands in the dock indicted for war crimes.