Anniversary of the MST and EZLN

Anniversary: 20th birthday of the MST and EZLN in the university of Sao Paulo (USP) 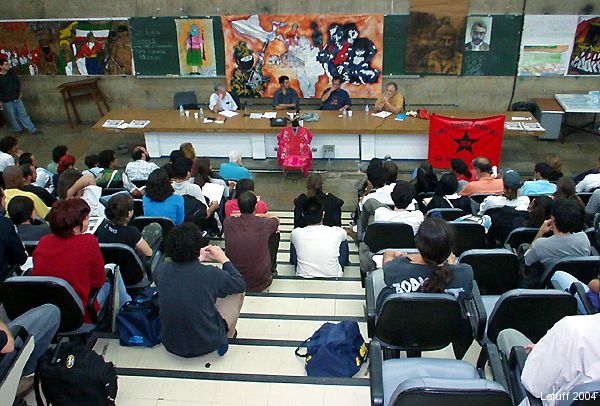 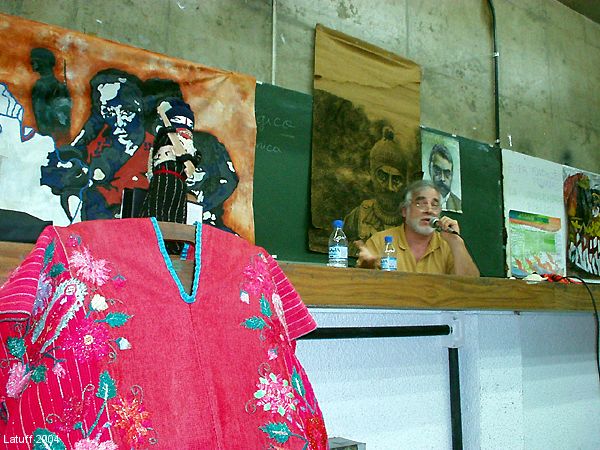 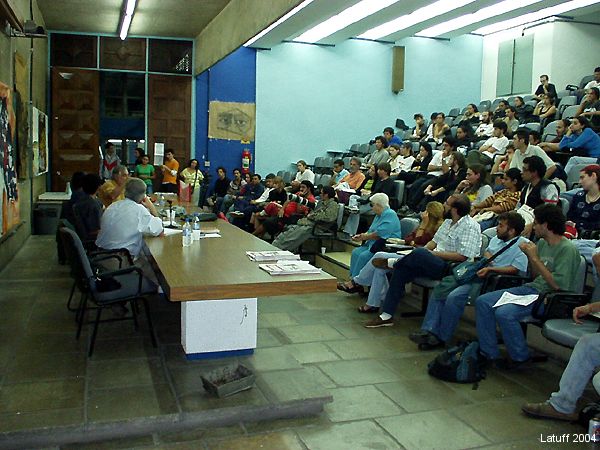 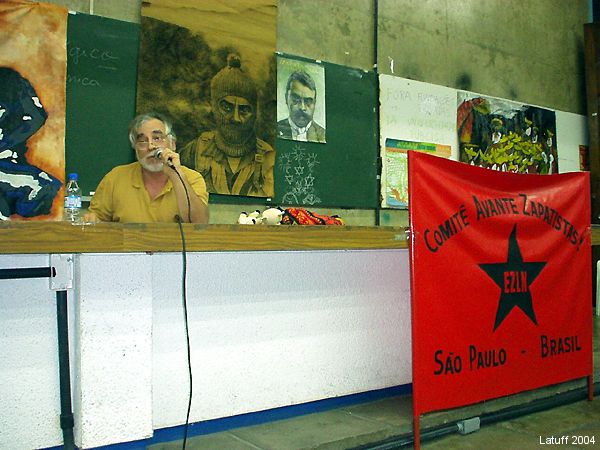 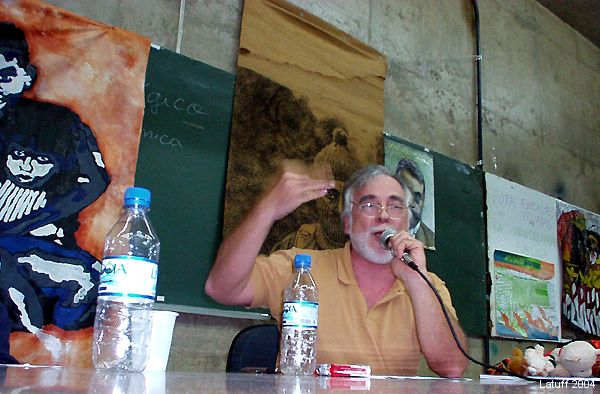 The festivity "20th birthday of the MST and EZLN: two ways of expression for the struggle", was celebrated on the 29th and 30th of april in the university of Sao Paulo (USP).

The event was characterised by the communication between the different and various themes, thoughts and languages.

Around the event there were videos, murals, books, magazines, artefacts, pictures, discussions, music groups and dancing. The cinema was very well frequented and every day more than a hundred people visited the lecture theatre.

During the events the murals of Taniperla were exhibited, organised by the professor of the PUC in Sao Paulo Lúcia Skromov. Sinde the original mural in Taniperla was destroyed during the repression, dozens of copies of the mural have been painted world-wide. In the USP the participants could take up ink and brush and leave behind letters, poems and other things which were sent to Mexico.

The discussions could take place with the participation of Lorival, the federal coordination of the MST, Emílio Genari, Lúcio Flávio of the PUC, Alejandro Buenrostro, who has worked in the 70ies with the communities in Chiapas, Osvaldo Coggiola of the USP and Sérgio Dominguez of the UNESP, who has lived with the indigenous in Amazonia for 10 years.