Set aside for a moment Sir Ian Blair and his daily race-hate lies paid for by London's longsuffering council tax payers. Every time they say 'suicide bomber' on the news my guts go over. Mostly because I know the newsreaders are just trotting out anonymous military sources, but we are SUPPOSED to feel sick. It's part of a psycological operation to get us to hate Muslims in which the highest level BBC editors and managers are complicit.

Journalist - the magazine of the National Union of Journalists

I AM becoming increasingly alarmed, in the run-up to a possible invasion of Iran, by the way British newspapers and broadcasters are reporting terrorism. Through systematic bias and the influence of a lying government, the BBC, which is supposed to be our national benchmark medium, has turned on the public and become an accessory to the crime.

The coverage of the July 7 London bombings has become a frightening case of trial by television. Unfortunately, as evidence to the contrary trickles out, our media editors' verdict looks increasingly questionable.

The BBC crossed a lethal professional line when it decided to refer to the four 7/7 suspects as 'suicide bombers'. Ignored is inconvenient evidence including the advance warning to the Israeli embassy and the untidily Photoshopped Luton CCTV image (a railing behind the figure at the back passes in front of his arm).

By rubber stamping Muslim guilt here in the UK the corporation has taken on a leading role in an anti-Muslim pogrom. BBC spin now flies in the face of its motto carved on Broadcasting House, "Nation Shall Speak Peace Unto Nation", as its one-sided presentation of modern terrorism builds a neo-con case for a religious war against Islam, and for Islamic oil and opium.

A professional journalistic blunder is committed with almost every new story of a "suicide bomber". Whether a bomb explodes accidentally, by remote control or if a "bomber" believes he has a shipment of cocaine in his bag he's still most likely to be termed a "suicide bomber" in the news.

In April 2004 Bush's Iraq chief Paul Bremer initiated the Iraqi insurgency by closing down the Al Sadr newspaper. The reason? The editor had printed a front-page lead story that a "suicide bomb" in a bus queue was, according to eyewitnesses, a missile fired from a helicopter. The newspaper was closed down by the US Army the next day.

This simple lie, referring to a "suicide bomber" on the say-so of anonymous military contacts with little or no evidence, is a propaganda narrative of which Josef Goebbels himself would have been proud. It sends out a clear message demonising the target racial or religious group as insane, murderous and impossible to reason with. Dead men condemned with no proof and no court case - the presumption of the "suicide bomber" is not only bad journalism, it seeds genuine terrorism.

When a racial or religious group, after false-flag attacks, becomes demonised and targeted by racists it begins to fight back and real terrorism is born.


See the photoshopped Luton CCTV image on the Scotland Yard site here, take a deep breath, and save to your hard drive it in case a masonic mole takes it down.

Hope to meet serious lovers of truth and righteousness here: 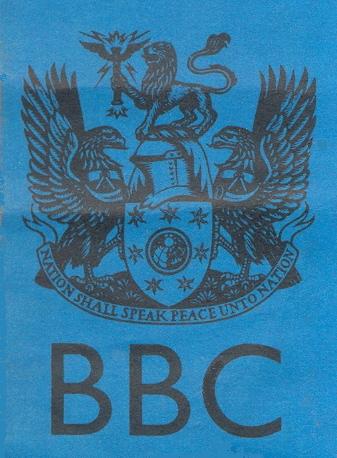 The old TV ident before the NWO began to take over!

More damning than that dubious image...

Are issues like the lack of the release of any CCTV of the "bombers" from any of the many cameras in London that *must* have recorded them... and the list goes on... and on...

If you still believe the "official narrative" then I suggest that you watch this:

Another thing to consider -- all the "foiled terror plots" have turned out to be fabricated / phony / hyped -- take for example the last big one, the liquid terror bomb plot, Craig Murray has pointed out that "those now accused of plotting to commit explosions, are less than the ten planes the police claimed they planned to blow up in suicide attacks":

More from him about the "war on terror" here:

Craig Murray: Legality, Morality and the War on Terror

Remember all the other "foiled terror plots"? Read this if you have forgotten...

The mysterious case of the disappearing 'terror’ plots

If all the "foiled terror plots" are dubious why on earth should we believe the "official narrative" of the terror plots that actually happened? Why should Blair, who we all know tells lots of lies, be believed on the issues of 7/7?

The "war on terror" is a lie, it's a cover for US / UK imperial grab for resources in the middle east, listen to this: