After the US government declared war on Afghanistan, hundreds of people were kidnapped by the Northern Alliance and US military forces under "suspicion" of fighting for the Taliban. What was carefully hidden were the leaflets distributed among mainly Northern Alliance fighters and tribal leaders which encouraged them to kidnap anyone they suspected of fighting.. for a $20,000 dollar reward. 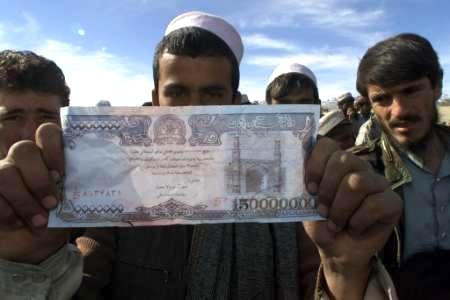 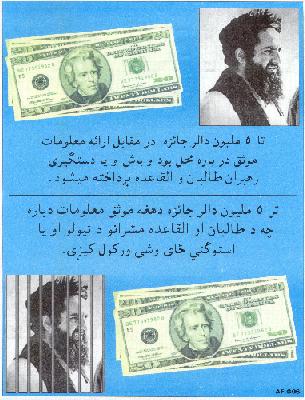 As expected, hundreds were captured, mostly with very weak evidence such as "being in possession of an AK47 assault rifle", the rifle of choice for swathes of the Afghani rural community, or "staying at a guest house commonly used by rebel fighters".

In reality Guantanamo Bay serves two purposes, a dramatic display to the world to show what will happen to those who oppose US hegemony and military rule, and to subdue the US civilian population and it's allies that "something is being done about terrorism". Under this analysis the innocence of those held is irrelevant to the US administration. Fair trials are not needed we are told, they are "the worst of the worst" the implication being that they do not deserve justice; a paradox unfortunately lost on many people.

So help fight for the complete closure of Guantanamo, these events will be happening this Friday:-

There will be a vigil outside the town hall on Friday 11 January, between 4.30 & 6.00. Please try to come, if only for part of the time, as it is the 6th anniversary of the first detainees arriving at Guantanamo, & we want as big a turnout as possible. If you can't be there, please ask whatever god/spirit/force you believe in to keep us safe from rain, snow & high winds!

The day of action will involve:

A letter being handed in to Downing Street at 11am by former British detainees led by Moazzam Begg, now a Cageprisoners spokesperson, to call on the British government to take action.

A day-long “statues” action involving groups of people dressed in the orange jumpsuits symbolic of Guantánamo Bay visiting several sites in London on the day where one or two people will pose as human statues while others hand out leaflets about what is happening at Guantánamo Bay. There are five groups following set routes. Please contact us for more details if you would like to join a group, even if it is only for a few hours. The groups will be working through the following areas: Northwest London, West London, South London, Central London and East London from 8am to 4pm. A briefing for volunteers will be held on Monday 7 January at 7pm in The Gallery, First Floor (to the right), ULU, Malet Street, WC1 (nearest tube: Euston/Euston Square). Please get in touch if you are interested in getting involved in this action.

Protests in the USA

Friday, January 11, 2008: The 6 year anniversary of the first prisoners being brought to Guantánamo.

Last year on January 11th, after 500 people processed from the Supreme Court to the Federal court, 150 people risked arrest on behalf of the men in Guantanamo, with 88 being arrested inside the Federal Court in DC. Many of those arrested withheld their identification and took the names of men at Guantanamo. It was a very powerful day, made possible by the contributions of many in the extended Catholic Worker family.

This year, we again are working with many groups on a demonstration in Washington, D.C. The day will begin with a rally at the National Mall co-sponsored with Amnesty International and the National Religious Campaign Against Torture followed by a “prisoner procession” to the Supreme Court. Endorsed by Bill of Rights Defense Committee, CodePink, International Federation for Human Rights, Network of Spiritual Progressives, Peace Action, School of the Americas Watch, Torture Abolition and Survivors Support Coalition International, United for Peace and Justice, War Resisters League, and other groups.

Come to DC or organize a vigil, demonstration or speaker in your own community!

JANUARY 11, 2008, is the six-year anniversary of the first arrival of prisoners at Guantánamo Bay.

On January 11, we are calling on everyone opposed to torture and indefinite detention to WEAR ORANGE to symbolize their sadness and disgust with the national shame that is Guantánamo Bay.

Friday, 11th January 2008 marks the 6th anniversary of the first ‘war on terror’ detainees being transported to the US military prison in Guantánamo Bay, Cuba. Amnesty International is campaigning for the closure of Guantánamo Bay and all other unlawful detention camps.

To mark the 6th anniversary we want as many people as possible dressed up in Guantánamo-style orange boiler suits, and leading a chain-gang through Belfast City Centre. Anyone can come to the demonstration - no costume required. If you would like to wear an orange boiler suit, please register by emailing fionna smyth, details delow. As well as guaranteeing your outfit, we will also send you some background information on Guantánamo Bay (in case anyone asks) and details of final plans for the day

It is, however, with great concern that we note the UK government failed in securing the return of two remaining long-term British residents who hold strong ties to this country, Binyam Mohammed al-Habashi and Ahmed Belbacha. This is particularly disquieting since we are aware that the Foreign Secretary had included Binyam Mohammed in the initial request made this August to his US counterpart. We believe Binyam Mohammed sought asylum in the UK in 1994 and that he was granted leave to remain here.

The circumstances surrounding the seizure, extraordinary rendition and imprisonment of Binyam Mohammed, as described by him through his legal representatives in Guantánamo Bay, are horrific to say the least. Part of his testimony describes how he was interrogated in Morocco for 18 months, evidently at the behest of US intelligence. During this time it states, amongst other things, that he was stripped naked and a scalpel used to cut his chest and genitals.

In July 2003 two British citizens, Moazzam Begg and Feroz Abbassi, were amongst the first men to be designated for trial by military commission in Guantánamo. Many senior British law lords said the proposed procedure was highly objectionable. Lord Steyn, described it as ‘a mockery of justice…derived from the jumps of the kangaroo…’ The then Attorney General, Lord Goldsmith, himself finally intervened stating that military commissions process was wholly inadequate for the purposes of administering a fair trial and, in the absence of a just system, that the men be repatriated. In January 2005 the last of the UK citizens, including Begg and Abbassi, were returned home.

It is a strange paradox that Binyam Mohammed remains in Guantánamo only because he is now being put through the very process whose objectionable nature had once provoked decision to free British men held unjustly.

In the case of Ahmed Belbacha we believe he too was given leave to remain in the UK, pending a decision for his asylum application. We have learned that he had lived and worked in Bournemouth since 1999 and was cleared to work at a Labour party conference there and, that he even received a letter of thanks from the then Deputy Prime Minster, John Prescott, for his services. Belbacha was cleared by the US military for release but, he refuses to return to Algeria where he would be at serious risk from both militants and a government known for human rights abuses. We therefore kindly request once again that the British government intervenes on behalf of these men who have been subjected to the violations of incarceration without trial for so long.

On January 11th 2008, the Guantánamo Bay prison centre will have reached the six year mark since inception. Hundreds of men continue to be held there without access to due process and the rule of law. Despite this, the chorus of voices calling for the closure of this place grows stronger by the day. In June this year, former U.S. Secretary of State, Colin Powell, stated,

‘…we have shaken the belief the world…by keeping a place like Guantanamo open and creating things like the military commission. We don't need it and it is causing us far more damage than any good we get for it’.

‘…if it were up to me I would close Guantanamo not tomorrow but this afternoon ...’

Friday 11th January:- Outside the Birmingham Council protesters will be marking the six years of Guantanamo and collecting petitions demanding the closure of Guantanamo and return of the two known British residents still at Guantanamo to their homes in England.

Saturday 12th January:- Vigil outside Waterstones in the city centre.

Graduates from Fort Huachuca go on to practise their techniques at Abu Ghraib, Guantanamo and the secret dungeons of the C.I.A./U.S. military.

The best way to write to the four prisoners is individually and care of the following address
c/o the Nuclear Resister,
PO Box 43383,
Tucson,
AZ 85733
USA

This redirection service will ensure your letter gets to them and is not returned in event of prison move or release.

Having spent 13 months in jail in the enormous facist rabbit warren that is the U.S. prison system, I can't emphasise enough the significance of a postcard or a letter from Ireland or anywhere else.
Prison is designed to break the resister - too isolate, atomise, scare, humiliate, convince them no one cares about them or torture in this case. Solidarity is the only anti-venom we have!

Louie was in good form in his recent letter.

Vigil is organised in support of nonviolent direct action taking place, on Friday
January 11th., in Washington D.C. to shut down Guantanamo
www.witnesstorture.org