Images of Brian Haw's peaceful demonstration in Parliament Square, London, UK.
Brian's protest, against war and to highlight the ridiculous SOCPA laws, is now in its seventh year. 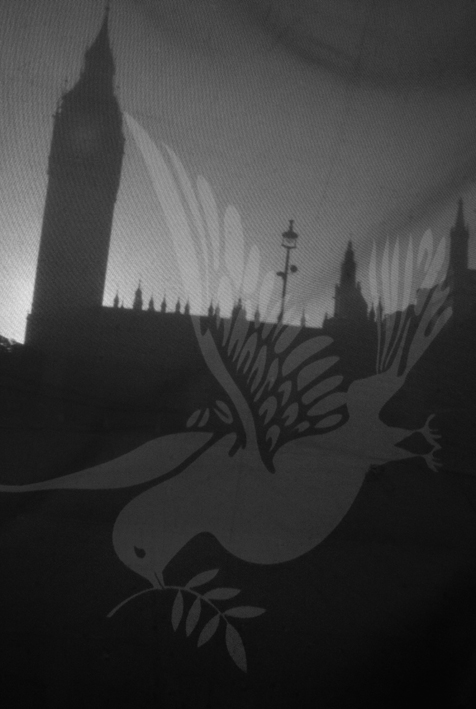 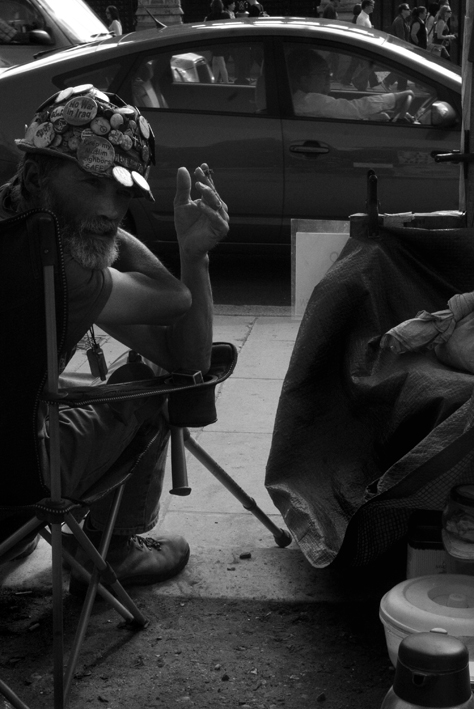 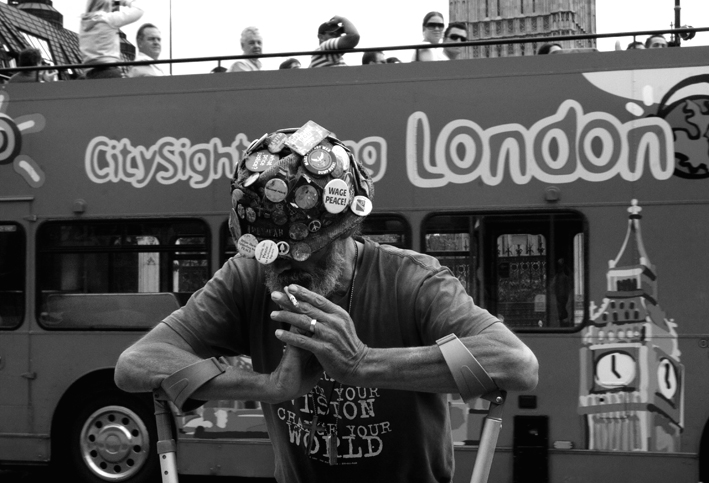 UK, London. Brian Haw pauses for thought as a tourist bus rolls past. 2008

These guys have my full support.
Brian has made phenomenal sacrifices in terms of time, energy and effort over a massive period of time, to highlight just how disgraceful the behaviour of UK + US governments have been recently- particularly in Iraq and Afghanistan. Also, he's more or less single-handedly kept the spotlight on the ridiculous SOCPA (Serious Organised Crime and Police Act) laws, and the gradual erosion of our rights that they represent.
Having said that, two other people - Babs and Maria - were also both in attendance, and need a big mention. They've been there for several years each and have both been through hell too.

Let's face it, these people are doing something heroic that the majority of people in this country would support if the press and police gave them a fair deal... If you support what they stand for, why not go down and show your support by sitting with them and offering encouragement?
Maybe even make them a cup of tea?
: )

Images copyright Billy Macrae 2008
These lo-res versions may be distributed in connection with this protest / SOCPA.
If you'd like hi-res, drop me a line.