Okay, here is the full 45 minute version of this incredible interview. A welcome antidote to the current racist BBC blitz of fake terror trials. I decided to do this interview last week so that everyone could hear what Dr Naseem, one of the most senior Muslim clerics in Britain, has to say. After all the BBC refused to transmit the interview they had done with him for the Conspiracy Files documentary due to be transmitted this month then shelved. Now we know, from watching this, that censorship was all part of the racist and bloody war effort to keep Dr. Naseem and his 1500 moderate Muslim worshippers who do not believe the official 7/7 story out of the public and British political consciousness. 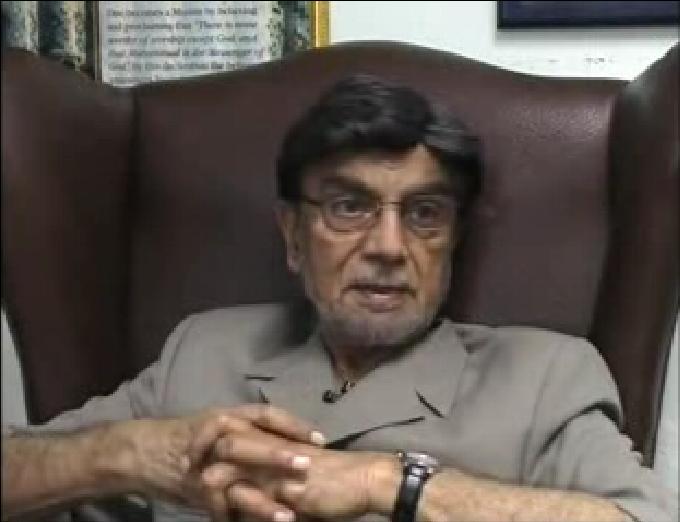 This 45 minute interview was conducted after Friday Prayers on 19th September 2008. Apologies for the crash editing. Please save and share.

In this interview with Dr Mohammad Naseem, Chairman of Birmingham Central Mosque Tony Gosling asks him about all aspects of the post-9/11 and post 7/7 Muslim experience in Britain. We hear how most Muslims do not believe the official story of the London Bombings and Dr. Naseem's calls for a free and open public enquiry into the day's bomb attacks.
Dr Naseem's experience of what he sees as pseudo-Islamic organisations 'Hizb ut-Tahrir' and 'Al-Muhajiroun' is discussed at length.

He links these 'Muslim' fringe groups to Western Intelligence agencies and describes their members as 'untouchables', either witting or unwitting servants of Western military interests. He discusses Koranic justification for allowing Christians and others into the Mosque and his dealings with the boss of Al Muhajiroun, Omar Bakri, now in Lebanon as well as the so-called 'mad mullah' Abu Hamza.

Dr Naseem takes us through various scrapes with death he has experienced including being held, in his surgery, at gunpoint by a gang who didn't seem to want to steal anything, and were being controlled remotely by someone on a mobile phone.
He talks about the way intelligence agencies recruit weak-minded people only to set them up as terrorist 'patsies', or dupes.
We also hear of good community relations in Birmingham as well as a Fatwah which has been issued against any killing of civilians by Muslims, or anyone else for that matter. And that the real target of the 'Muslim terror' threat is the taking away of the Majority Community, native British people's, civil liberties.
Finally we hear Dr Naseem's damning take on the Credit Crunch and hear why it is so important that we have an enquiry into the London Bombings of 2005.

...being a 'senior Muslim' does not preclude you from talking bollocks does it? How come the fact that 'there is no case to answer' has not come up at any of these 'fake trials' then. Have you attended any of these and actually examined any of the evidence? Do you really think there is no evidence at all of Muslim involvement? What exactly are you afraid of? No reasoned person believes that because a small group of Muslim extremists were involved that therefore all Muslims should be condemned. It is entirely possible for people to condemn the actons of a small group of people without wanting to unleash global war on the world. Beneath the surface of many 'inside job' proponents lies a very patronising and insulting attitude towards the capabilities and reasoning of ordinary people, which I find highly distasteful. Anyone who do not buy their half baked nonsense is simply dismissed as 'sheeple'.

Do any of you remember 'vulgar Marxism', a term commonly employed to identify people who had taken elements of Marxist thought, but reduced it down to a very simplistic conspiracy theory, where the world was governed by a small elite of 'evil' people (the religious overtones of this categorisation never seemed to bother them). The fact was, it was always a travesty of Marxist thought, which was about combating structural inequalities in society, not obsessing about the perceived 'wickedness' of a small group of individuals. Yet, 'vulgar Marxism' in one guise or another seems to be alive and well on the internet. It was bollocks then and it still is.

Tired of all this

...being a 'senior Muslim' does not preclude you from talking bollocks does it?

the funniest thing I heard all day....