Sadly all British Media contributed to both the under-representation and misrepresentation of the Gaza protest in London last Saturday the 10th of January. Not only they failed to criticise the obvious fiasco of the metropolitan police who positioned barriers on the pavements leaving no way out to the crowd when anti-riot officers pushed in, they also refused repeatedly to publish photographs depicting the unjustified attack of anti-riot officers against protesters, freelancers and passers by. 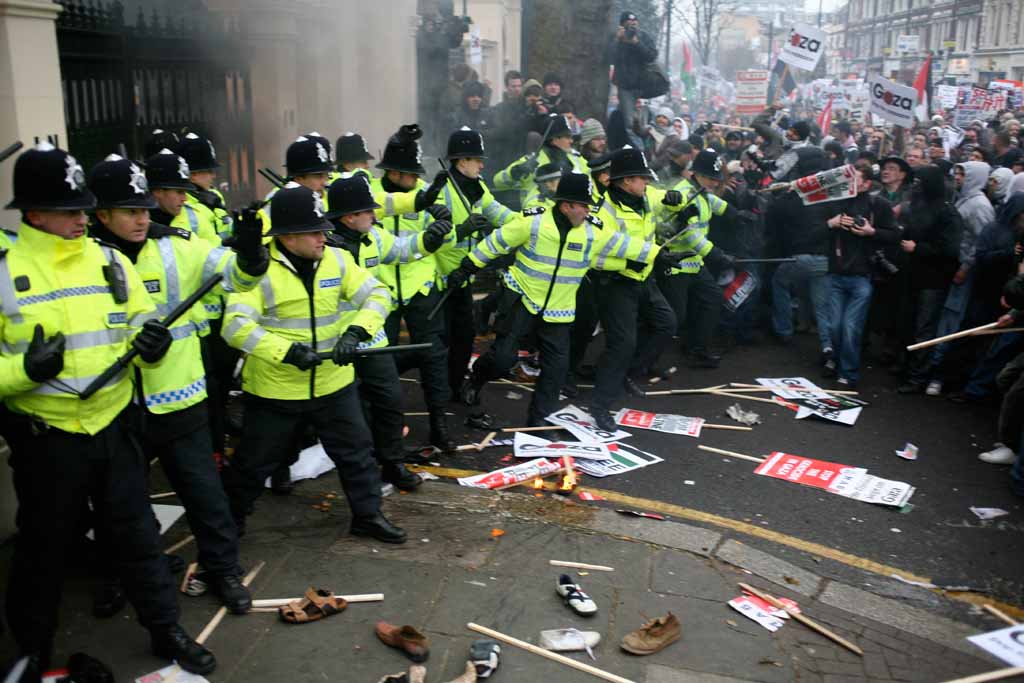 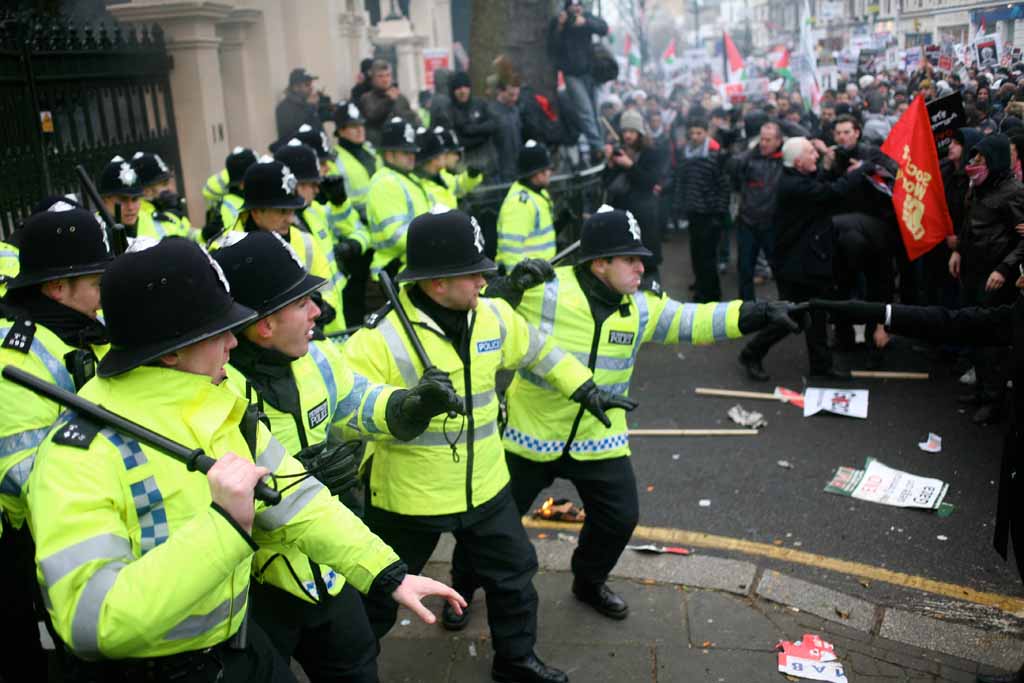 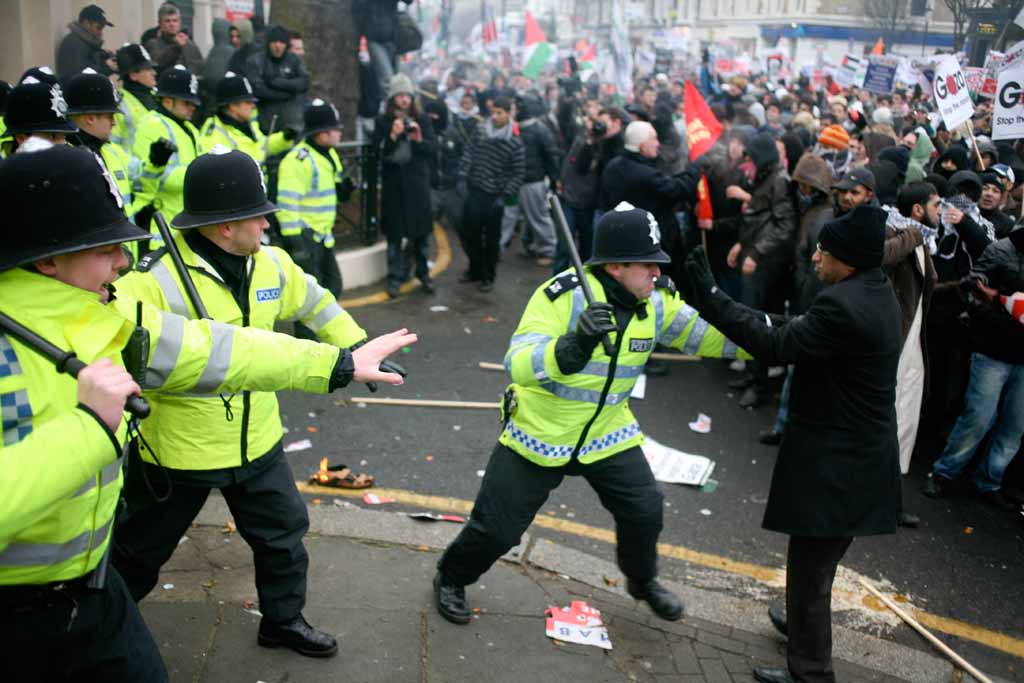 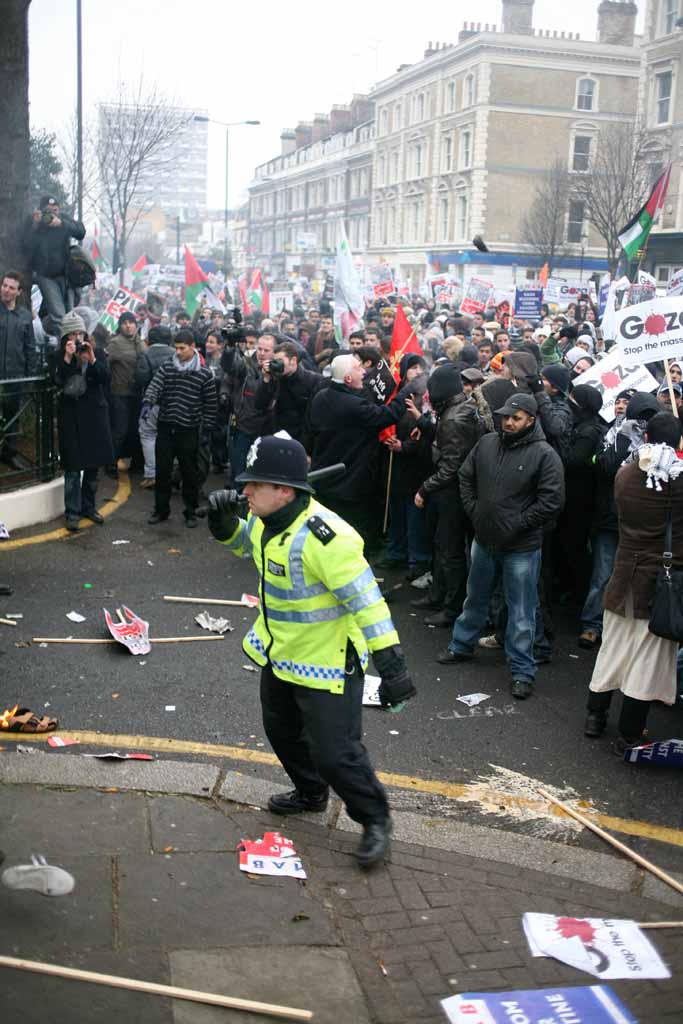 Police officer proud of his job 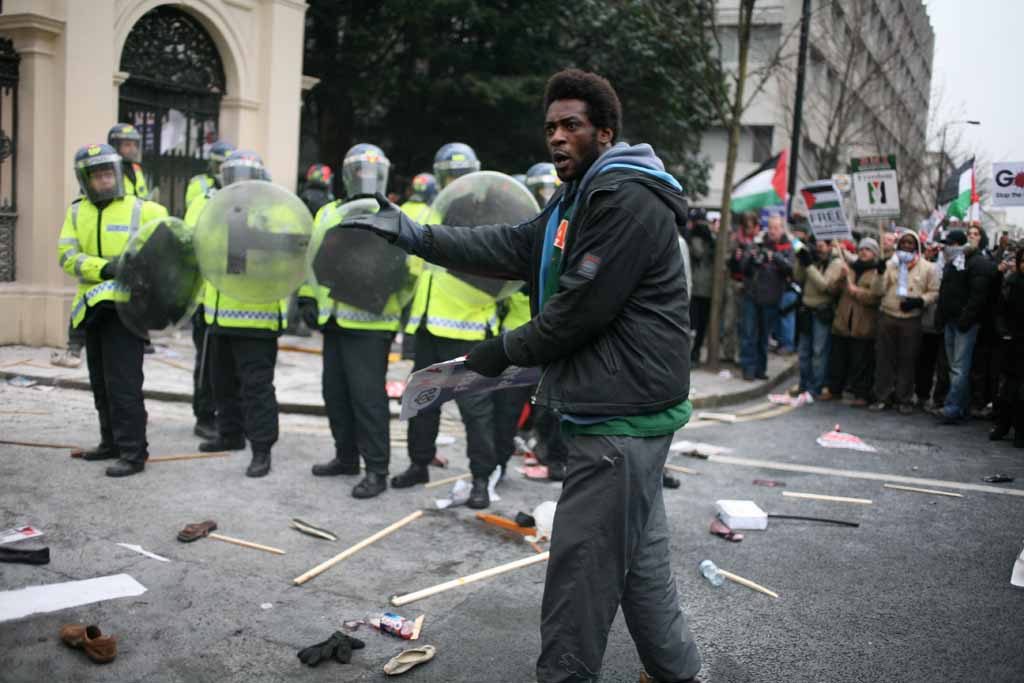 Protester in shock unable to explain the presence of anti-riot officers. 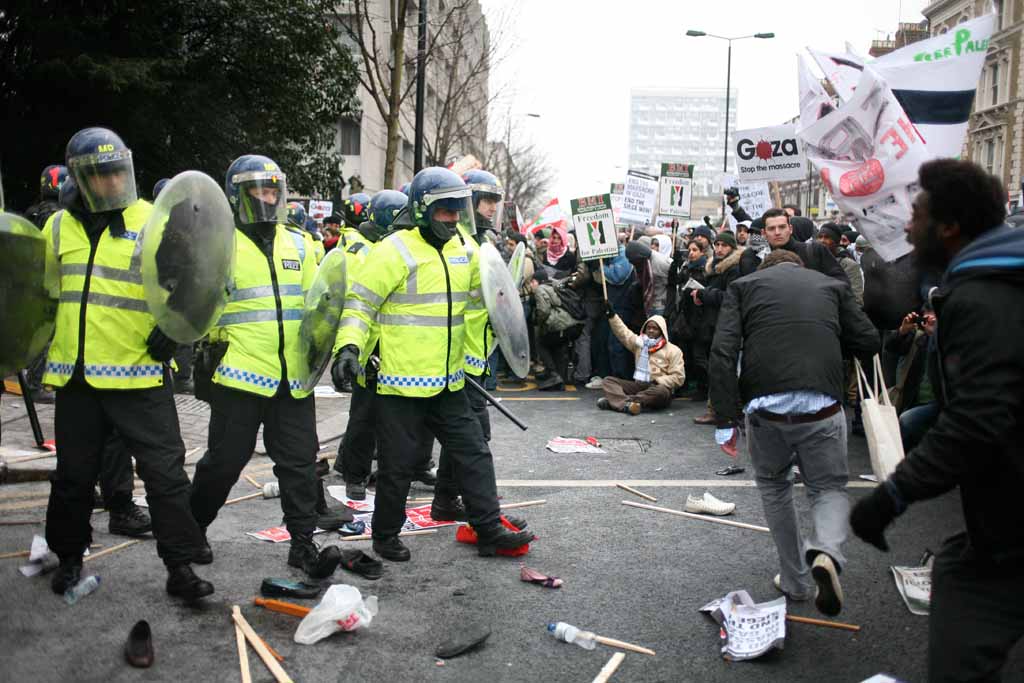 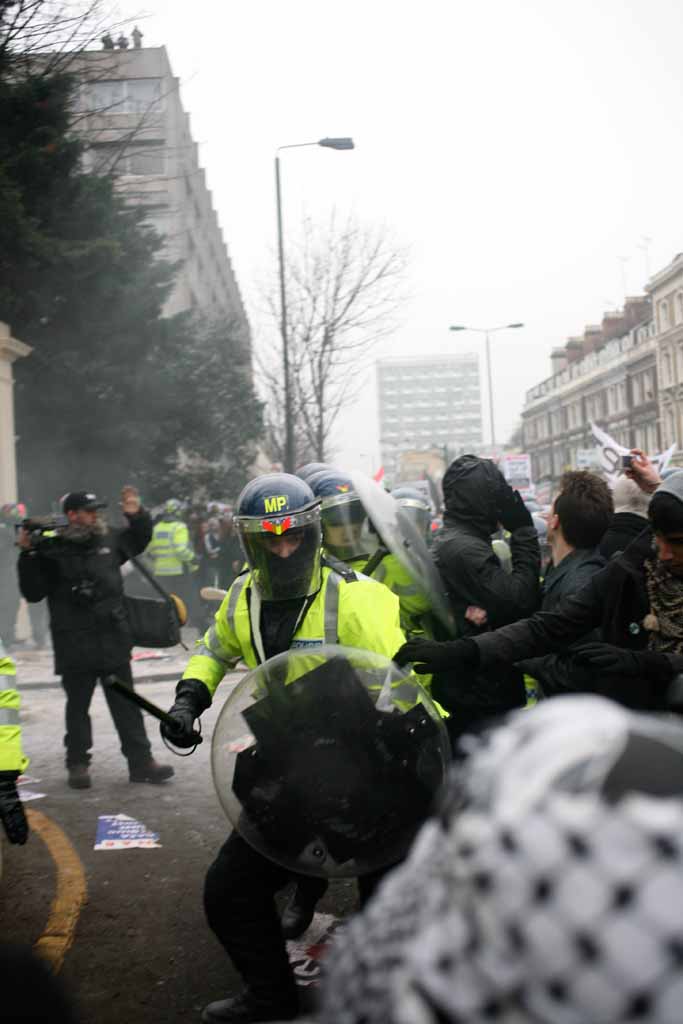 Situation out of control 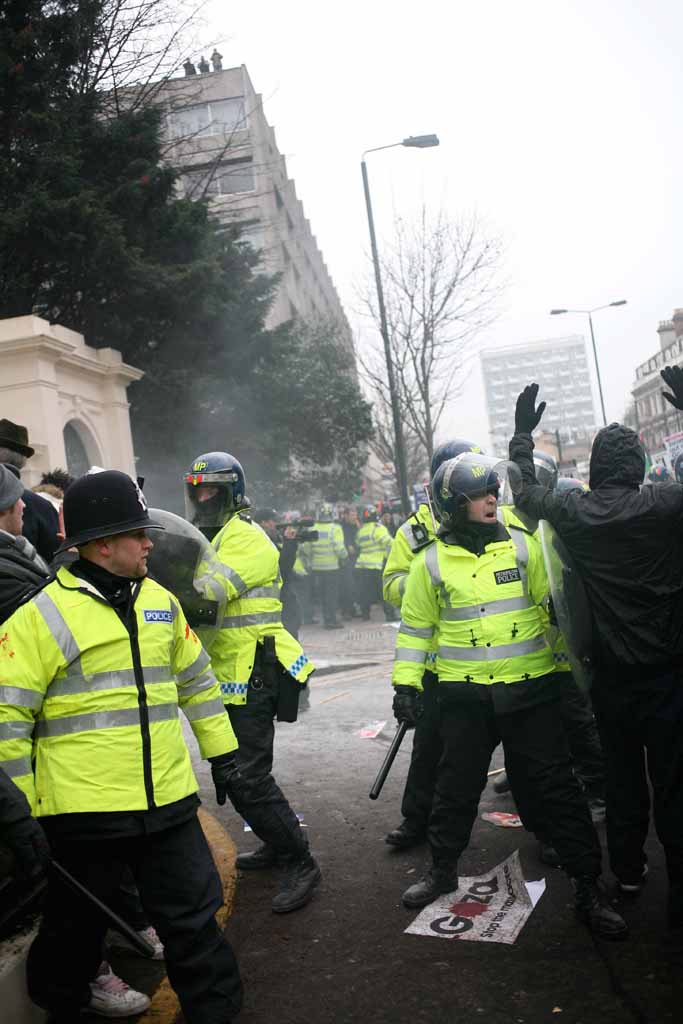 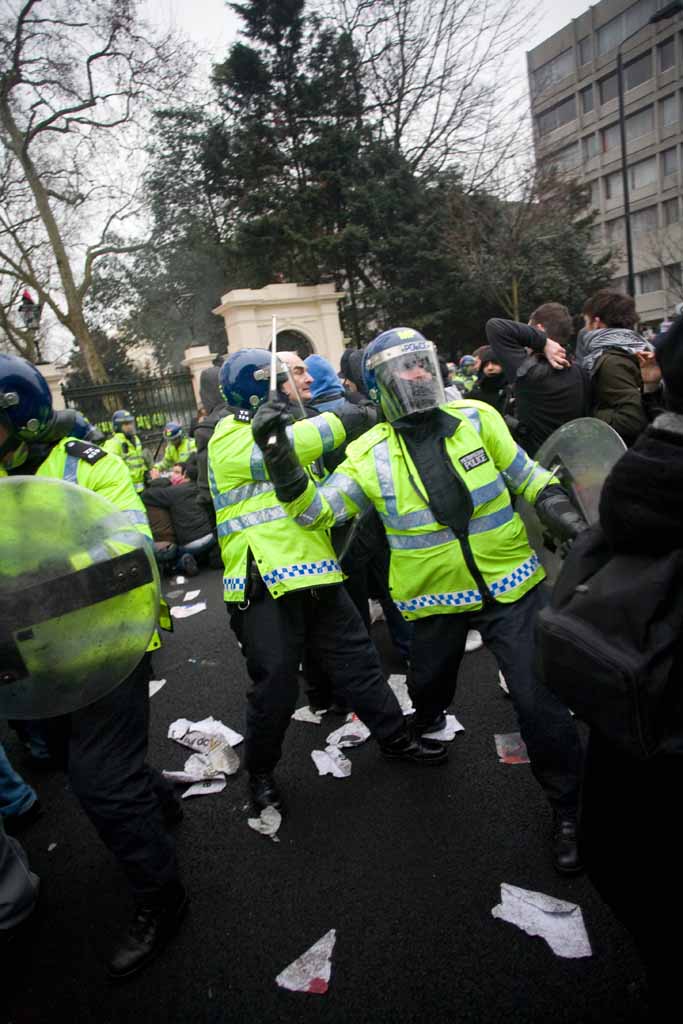 feels "good" to be an anti-riot officer 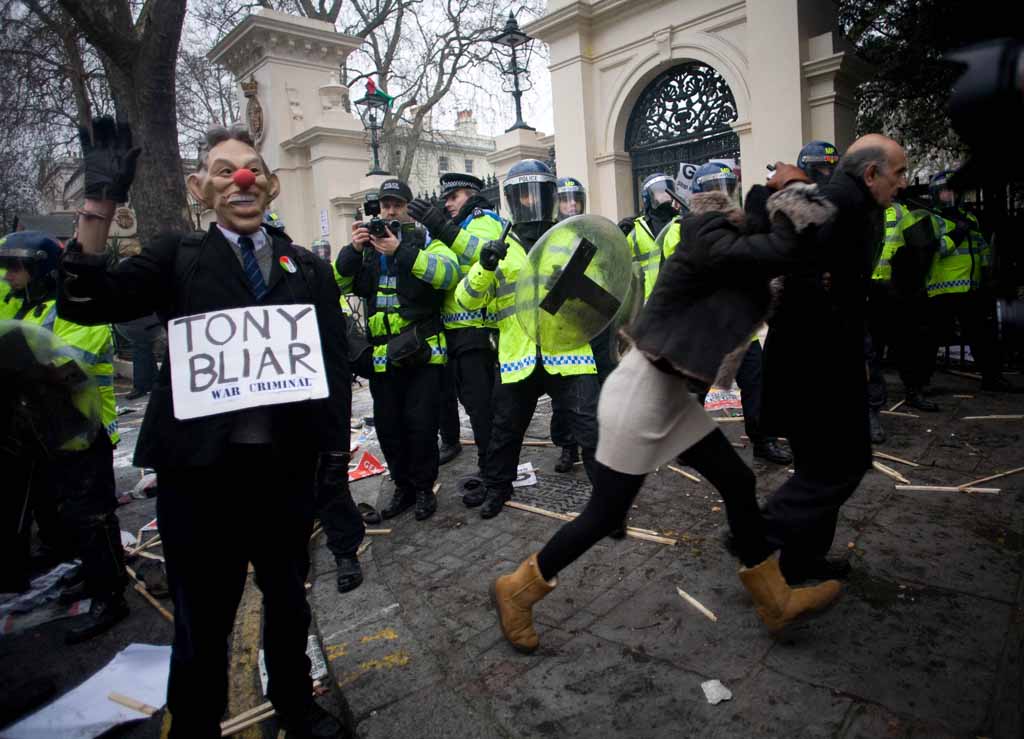 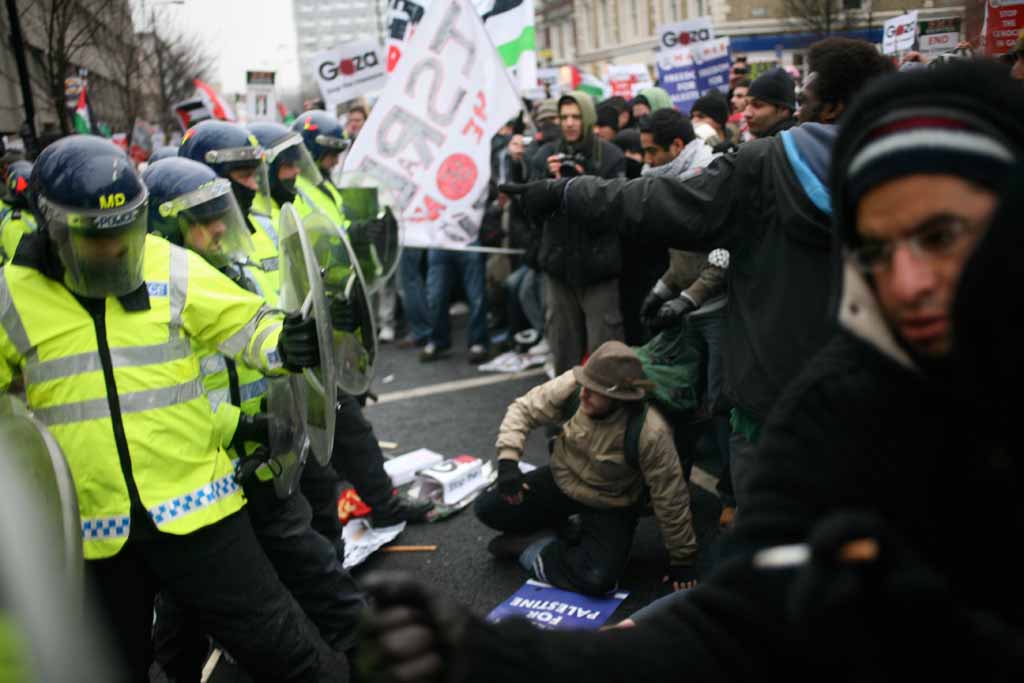 Not even sit down is allowed 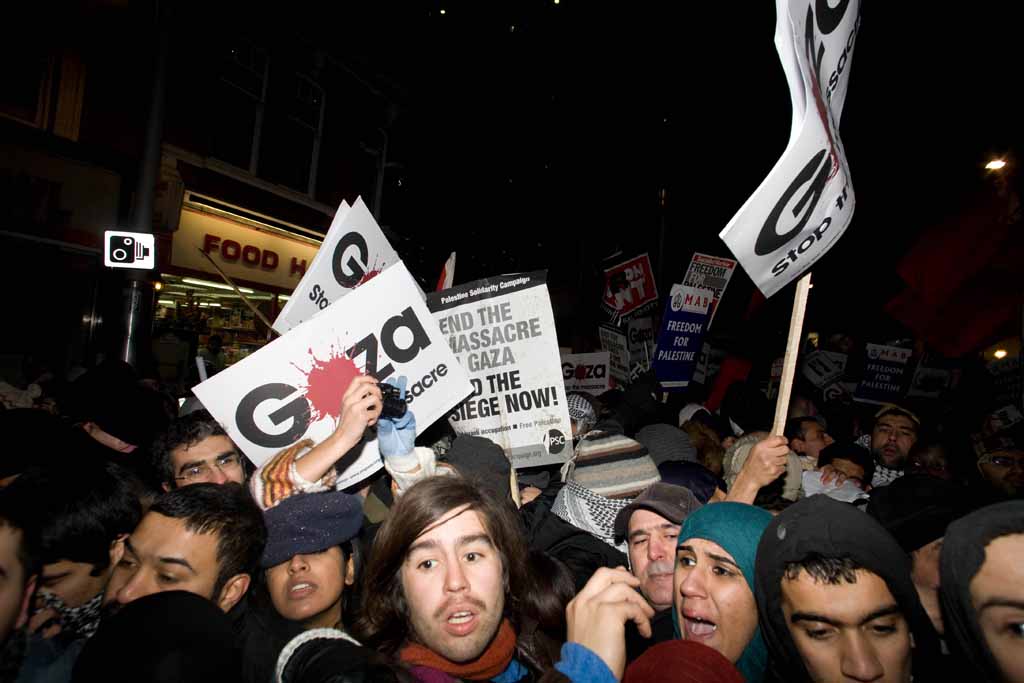 Protesters suffocating while trapped between cops breaking in and barriers

The only images printed from Saturday in UK where of angry protesters burning flags or throwing their shoes- the acts of a small minority of an otherwise peaceful protest. Surprisingly not, the Sunday pro Israeli protest in Trafalgar Square received a generous media coverage succeeding only to re-produce the good and bad stereotype. From my experience of the Saturday protest as a protester and freelance photographer I want to express my discontent about the dangerous actions of the police whose presence only was a reason for anxiety and anger among the crowd. Lastly, I wonder if police experiment using flash photography to capture images of protesters under new anti-terrorist law constitute a flagrant assault on democratic rights and civil liberties?

Below is photo report of the events that took place on the north entrance (Kensington Palace Gardens) to the Israeli embassy that strongly suggests the crowd was heavily charged and the protest aggressively policed.

cut and past off stop war email


Stop the War has received a number of complaints and reports
about police behaviour, which lead to some serious injuries.
We are now collating as much evidence as we can about these
incidents before deciding how to proceed in ensuring that
there is full accountability for police actions. If you were
injured, arrested or a witness to events of concern outside
the Embassy can you please send a report to Stop the War by
email (