Today Brian Haw clocks up 8 years of his one-man protest. 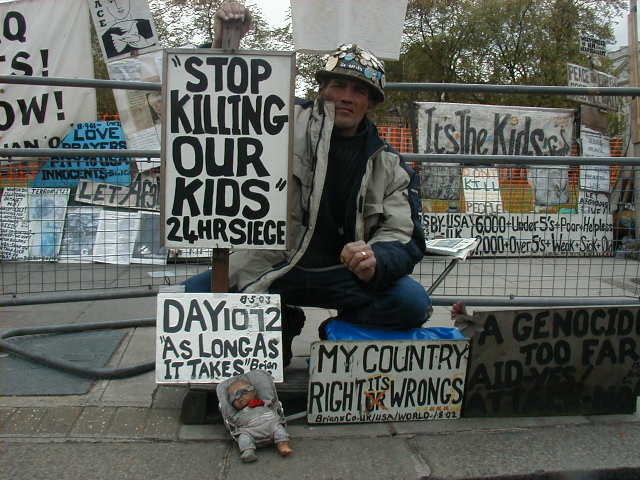 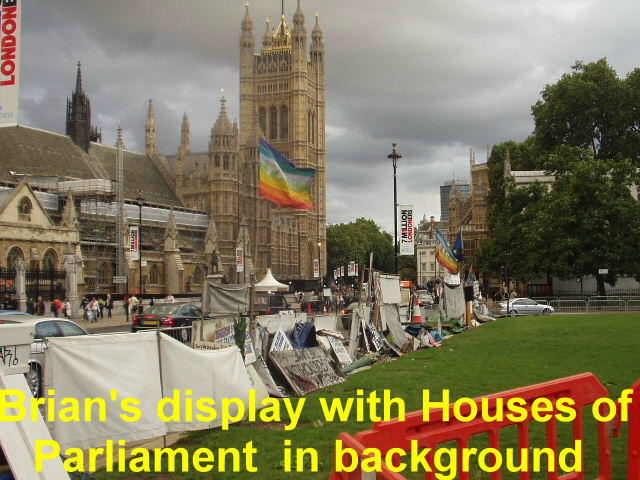 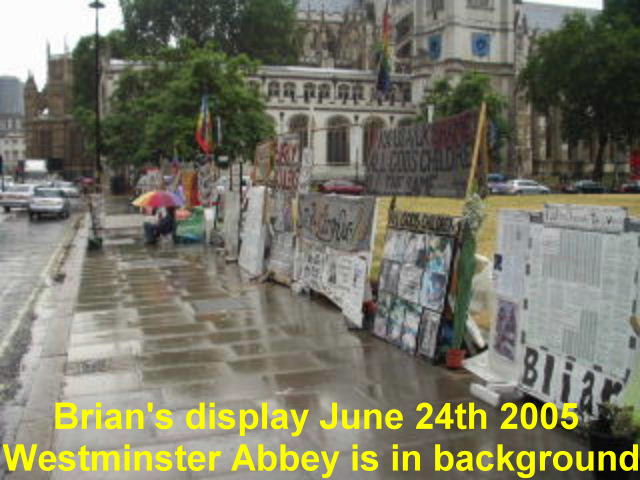 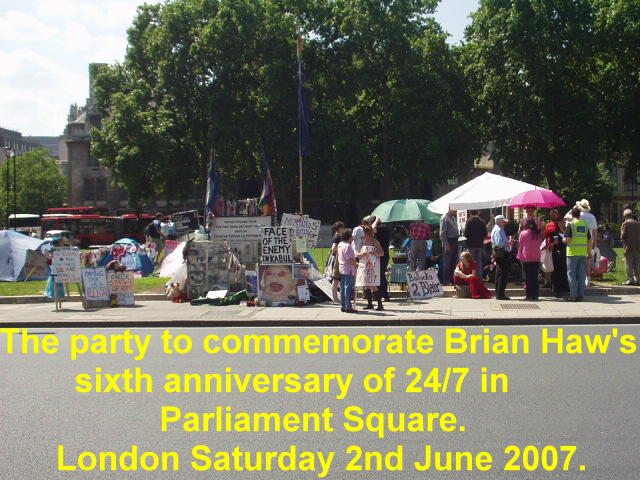 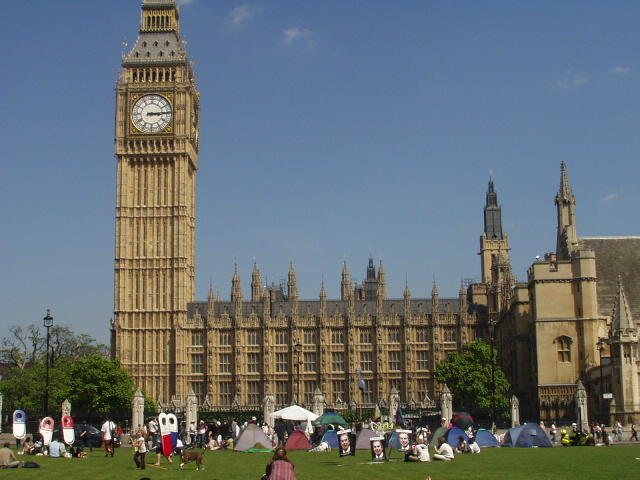 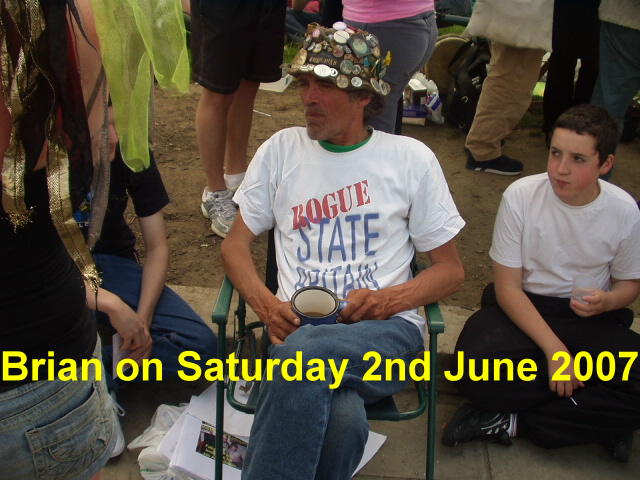 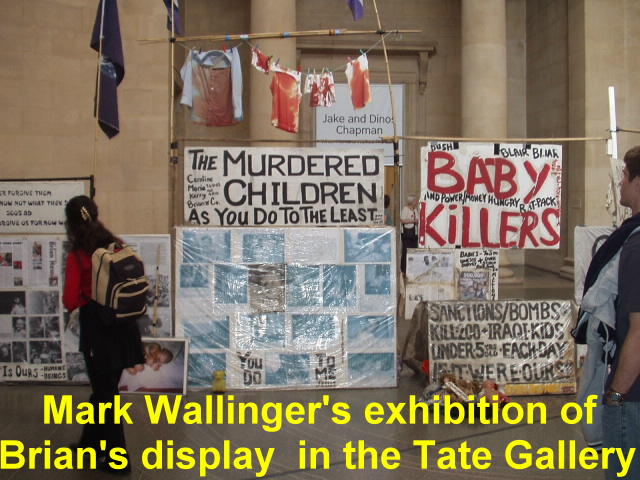 Today (June 2nd) is the 8th anniversary of Brian Haw’s one-man protest in London’s Parliament Square – he has been there for 2,922 consecutive days and nights. Initially he was campaigning against the economic sanctions on Iraq and the bombing of the country by the US and UK. After 11 September 2001, he widened his focus, directing his messages of peace against the 'war on terror', the terror that the UK and US have inflicted on Afghanistan and Iraq. This protest, held 24 hours a day (and night) in all weathers is surely quite an achievement. Whilst corrupt politicians just across the road made absurdly extravagant claims for imaginary expenses Brian has to make do with a mug of tea and a roll up cigarette. He can’t go swanning around in motorcades like Tony Blair.

I feel Brian deserves a mention in the news and today I contacted a number of newspapers and TV news programmes on his behalf. I phoned and e-mailed the Daily Mirror, Daily Mail, The Sun, Daily Express, the Guardian, the Independent, the Daily Record, the Boston Globe, the New York Times, BBC Radio 4’s the World Tonight, BBC 6 O’clock and ten O’clock news, ITN news, the Washington Post and Al Jazeera. Hopefully some of them will take an interest in Brian’s magnificent demonstration.

Here are some photos I took at his 6th anniversary party in 2007 – they are copy left meaning you are welcome to use any of them:


Here are some photos of Brian’s display in the Tate Gallery in 2007:


I attach some photos of Brian’s display through the years. I look forward to seeing him next time I’m in London (I live in Edinburgh).