Here are 13 photos (copyleft) of Brian Haw's continuing presence outside the Houses of Parliament. 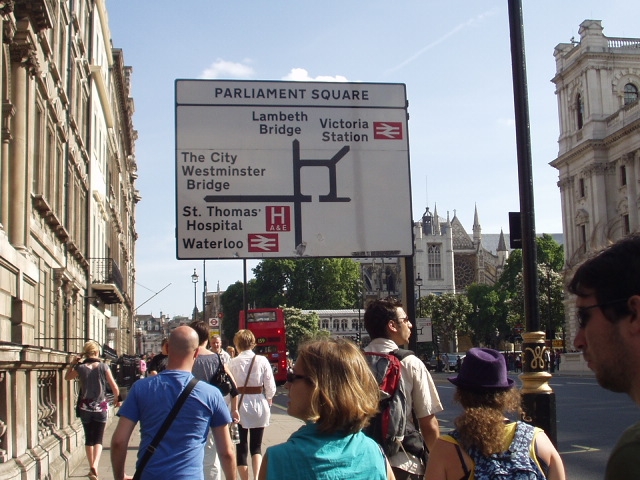 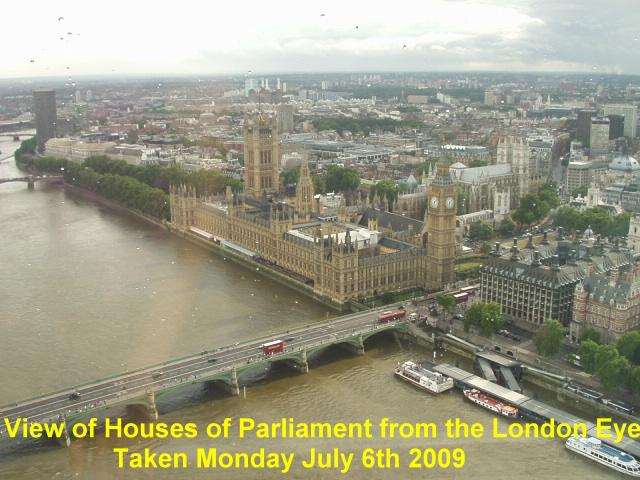 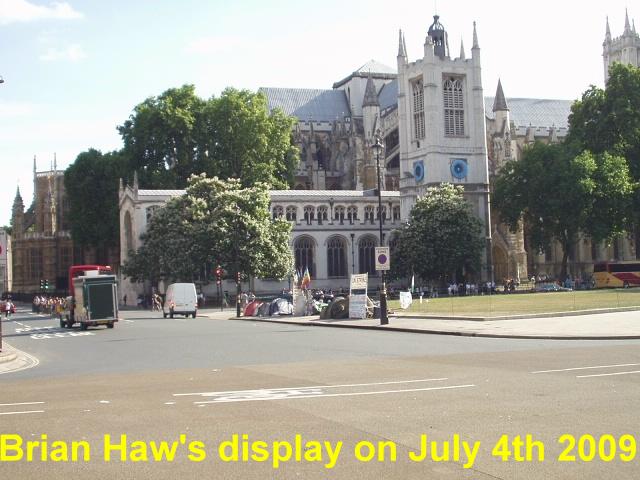 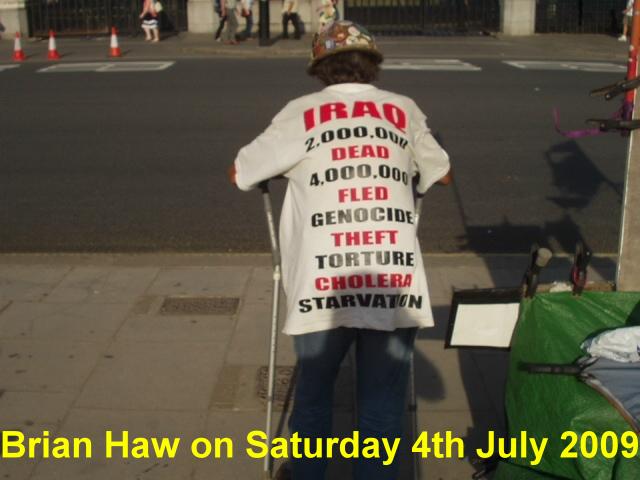 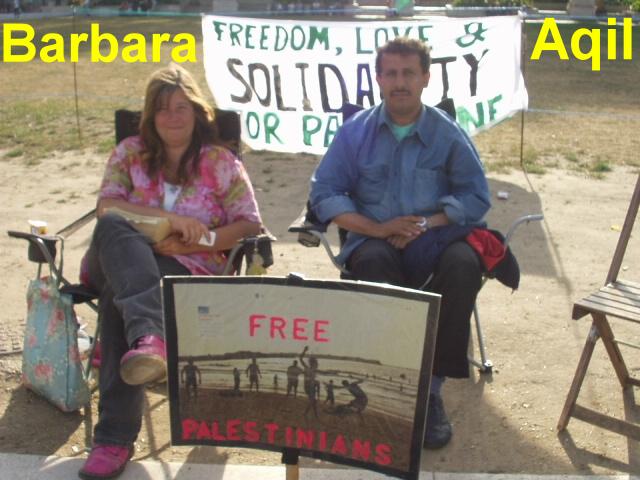 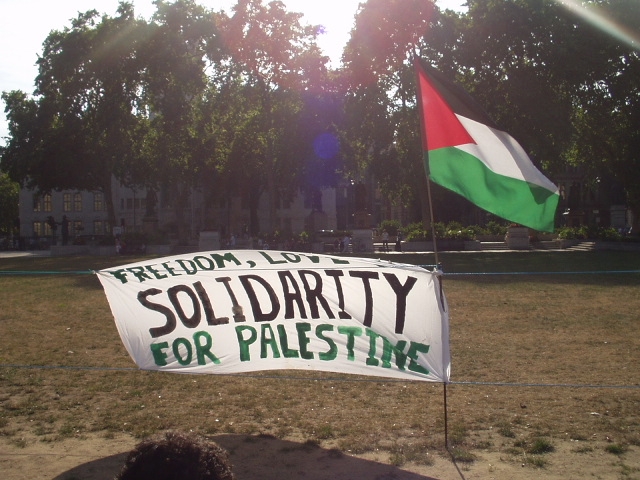 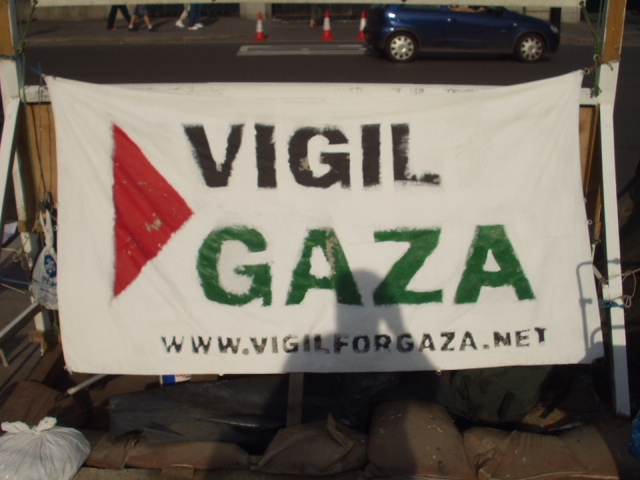 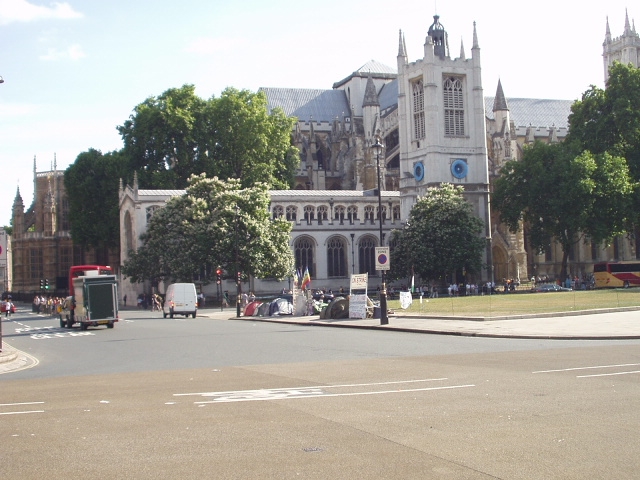 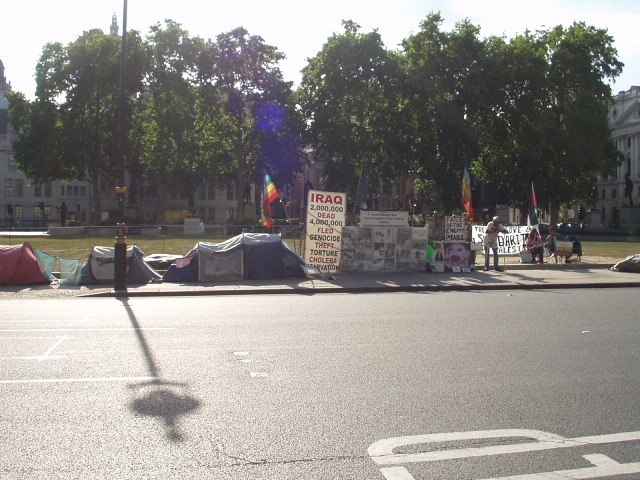 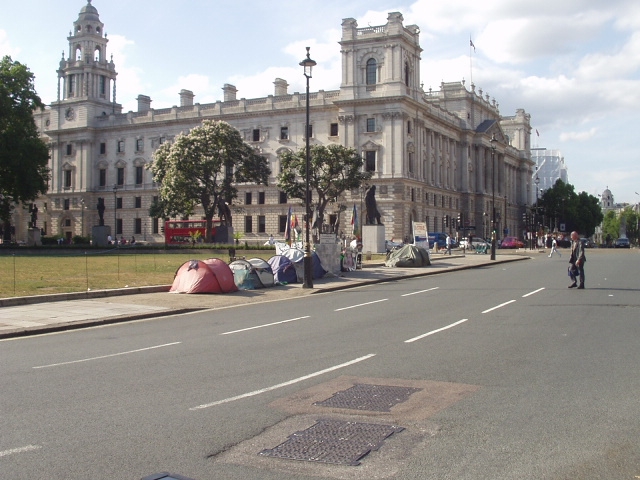 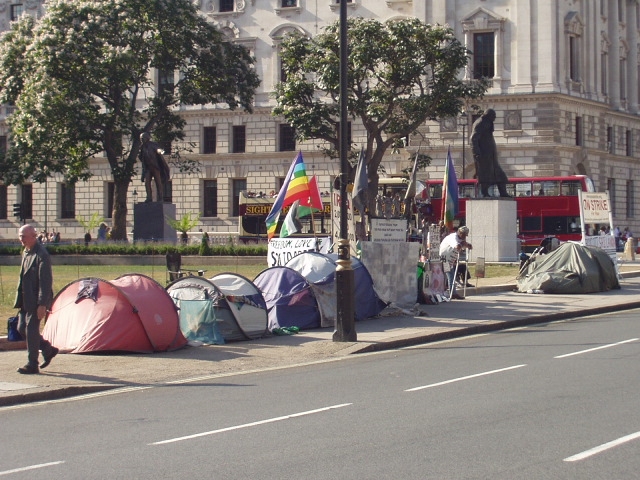 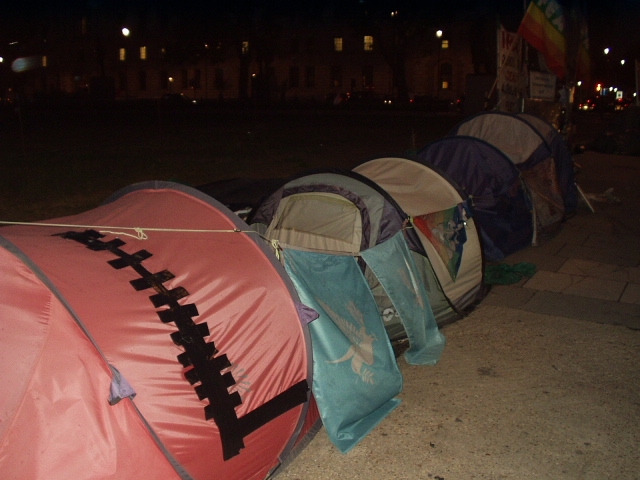 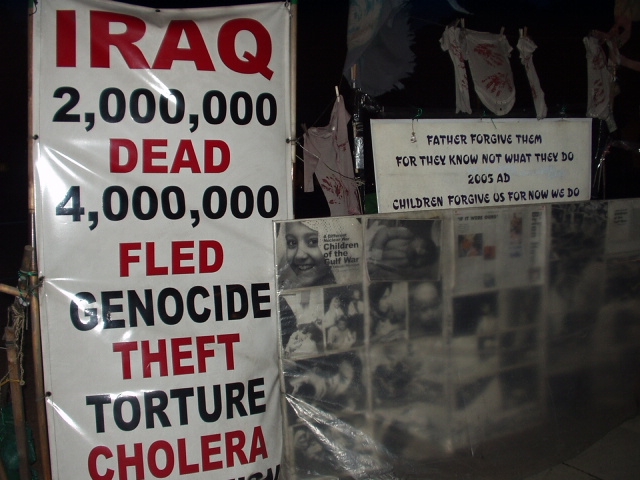 Brian Haw has been on his magnificent demonstration against war for over 8 (eight) years now. Next month on Wednesday August 19th he will clock up an astonishing 3,000 days (and nights) of living in Parliament Square opposite the `mother of all parliaments. `

I saw him on the weekend of Saturday 4th July when I was down in London from Edinburgh to wish him well and I attach 13 photos.

I really hope the media take some interest on his 3,000th day. Surely he is more deserving of a mention in the news than all those corrupt MPs across the road who spend all day filling in expense forms claiming for thousands of pounds on the third home that they forgot they didn’t have. Brian's home is a tent and his level of corruption is when a well wisher gives him the price of a cup of tea!

See you all in the Square on August 19th.
Paul.