Plans were unveiled in October 2009, that's FIVE MONTHS AGO, to build a new animal testing lab park in Stevenage. They plan to open the project, fully built in 2011. This should be opposed with a National campaign. We want to know what is being done to stop this animal lab science park. Is anything being done? We are aware that Brendan co ordinates UK Animal Rights / ARC. What will be done? 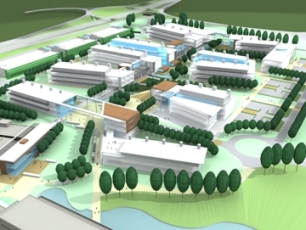 We are asking Brendan....what will be done, on a National campaign level to stop the Stevenage animal lab PARK. The GSK / Wellcome Trust science park will employ 3000 scientists. A science PARK is a pretty big deal. We of course will all back your National Campaign to Stop The Stevenage Animal Park.

Please post up the details about the campaign against the Stevenage Animal Labs Park, if there is a campaign that is.