A data breach has been noticed in the English Defence League organisation. Major details of the organisation's leaders and members have been revealed.

*We kindly request News and Media organisations to reference this Indy Media article if they intend to use the information provided. 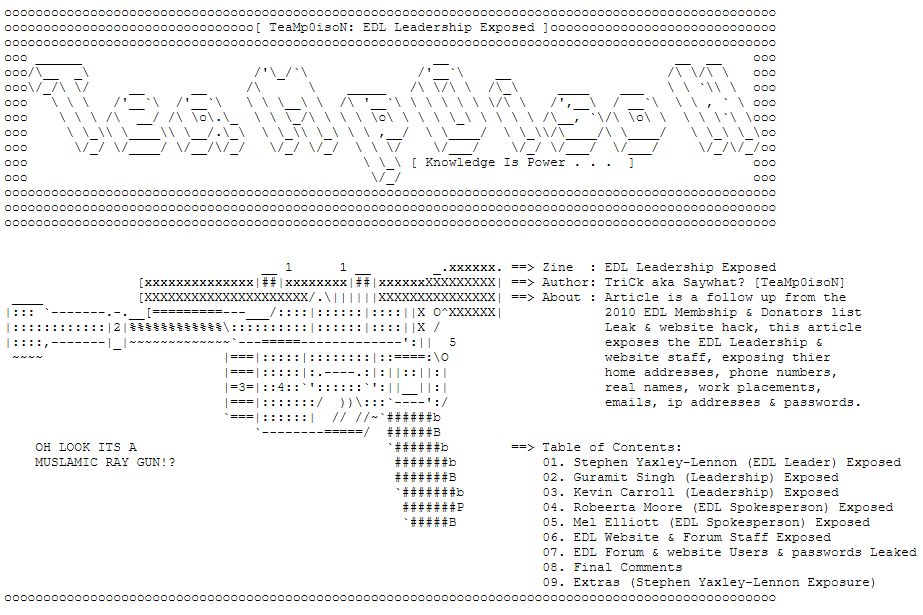 Screenshot of the Zine (Doesn't include any details)

We have seen the EDL being attacked by professional computer security experts in the past many times. This time, it is more than ever.

'Hackers' have leaked several details of English Defence League's leadership. A 'zine' which is also known an 'archive' or 'resource' has been released by the notorious security organisation 'TeaMp0isoN' which they them selves have entitled 'EDL Leadership Exposed'.

The Zine also exposes infamous Stephen as a 'Money Launderer'.

Contents of the Zine:

Here are the links to what was revealed:

*I am not part of the 'TeaMp0isoN. I simply like to write articles as a hobby as I hope to pursue a career in Journalism.