Demonstration in support of all political prisoners with a UK-US link on American Independence Day - from British residents in Guantánamo Bay, individuals being extradited to the US under a one-sided extradition treaty, Welsh-American alleged Wikileaks whistleblower, UK campaigns for political prisoners in the US...solidarity with one and all! 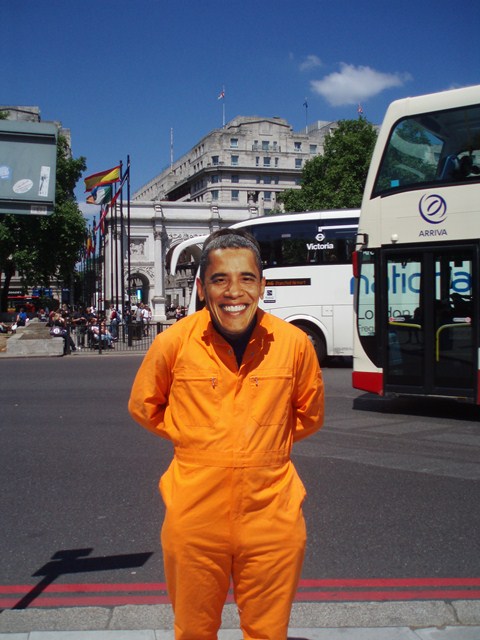 As the USA prepares to celebrate 235 years of independence from Britain, Britain's independence of the USA is more questionable. Over the past decade and in spite of a "special relationship", Britain has failed to secure the return of all British residents from Guantánamo Bay, with Shaker Aamer and Ahmed Belbacha continuing to be held there illegally. A one-sided Extradition Act (2003) allows British nationals to be sent to stand trial in the US on flimsy bases. The British government has largely ignored the plight of British-American prisoner and alleged Wikileaks whistleblower Bradley Manning. Various campaigns have been set up in the UK in support of political prisoners either held by or sought by the US.

On 4 July this year, we invite you to join us outside the US Embassy in London in solidarity with these political prisoners, many of whom are held on tenuous legal grounds at best.

This is an open mic event - everyone is invited to contribute. If you represent a campaign group or wish to raise a particular case, please can you get in touch with the LGC first.

For more details, please contact the LGC by e-mail: