UK tabloid: Shocking revelation on 10th anniversary of the war on Afghanistan

The real shocking issue is the persistent denial of the genocide of Afghan people. 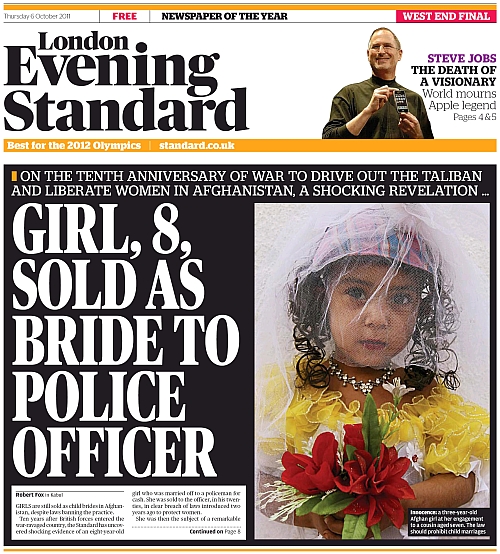 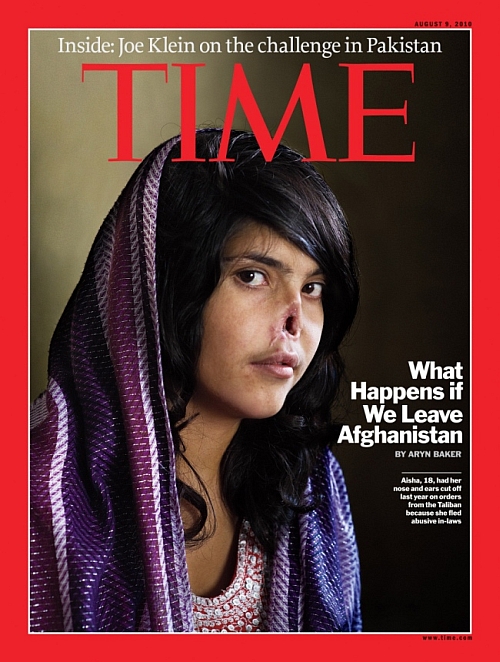 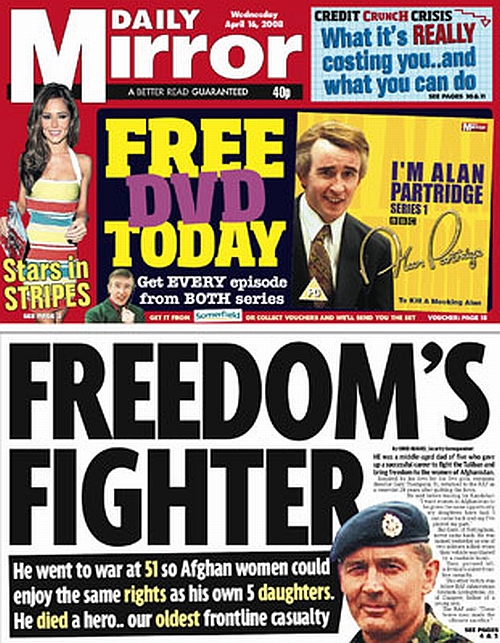 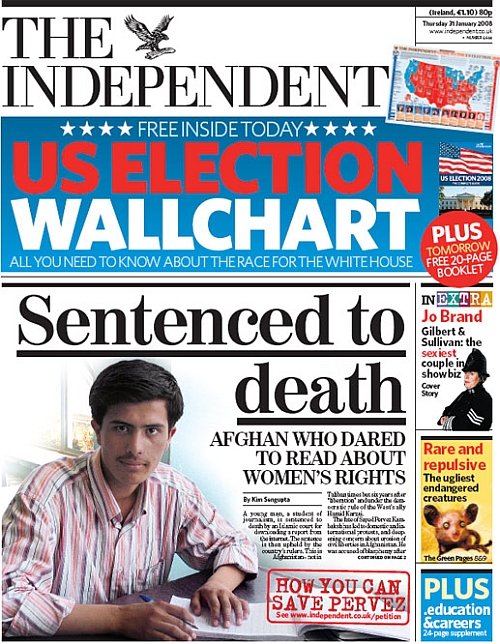 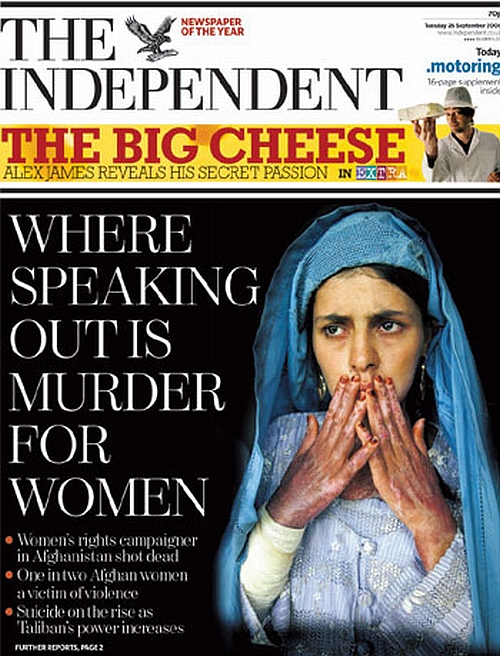 
British tabloid: Shocking revelation on the 10th anniversary of the war on Afghanistan


excerpt from: Girl, eight, sold to Afghan police officer as his bride


Ten years after British forces entered the war-ravaged country, the [London Evening] Standard has uncovered shocking evidence of an eight-year-old girl who was married off to a policeman for cash. She was sold to the officer, in his twenties, in clear breach of laws introduced two years ago to protect women.

She was then the subject of a remarkable battle that symbolises the plight of girls in Afghanistan. Her story vividly highlights the failure to bring about social reforms in the stricken nation, despite the long presence of British forces.


Presidential Address to the Nation

[US President George Bush’s address to the nation, White House, Washington DC, 7 October 2001. Mr Bush delivered this speech on the day the war on Afghanistan was launched.]

[UK Prime Minister Tony Blair’s speech at the Labour Party Annual Conference, Brighton, 2 October 2001. Mr Blair delivered this speech five days prior to the launch of the war on Afghanistan.]


October 7, 2001: America and NATO's decision to invade Afghanistan. The pretext to wage a "just war"

[Note: This article was originally published under a different title in December 21, 2009]

U.S. and NATO escalate world’s deadliest war on both sides of Afghan-Pakistani border

Did 9/11 justify the war in Afghanistan?
Using the McChrystal moment to raise a forbidden question


UK Prime Minister Cameron: We must not be afraid to use military force against tyrants