Yesterday afternoon (Saturday March 10th 2012) in Cambridge Market Square, a small but poignant display appeared for just an hour to mark a milestone event which the mainstream media have chosen not to report. 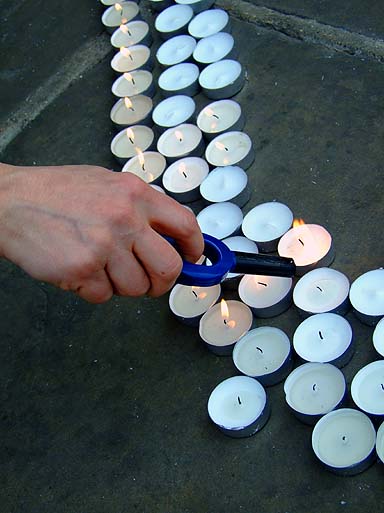 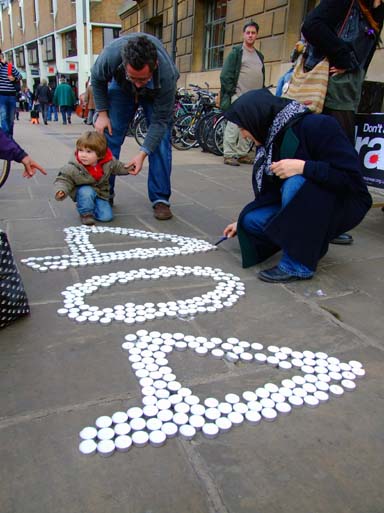 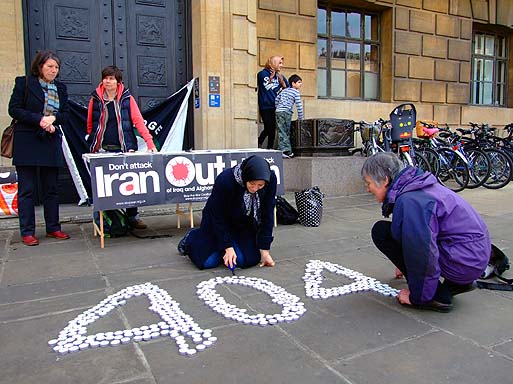 No words are adequate.

The number "404" was installed as a piece of activist street art, assembled out of candles by local Stop The War activists to mark the passing into history in the last week of the 400th British soldier being killed in Afghanistan, a war that seems to have no end in sight, despite proclamations by politicans they plan to withdraw troops soon.

The Afghan military campaign is as close to perpetual war that we have seen in recent times since the Vietnam War (in fact this current conflict has now lasted longer), and it's cost has been high to all involved, with possibly up to 38,000* Afghan civilians having been killed (a conservative estimate), plus more troop casualties on top of this, and we are not told how much money has been thrown at this bottomless pit, but it is fair to comment that it has massively contributed to both the US and UK national deficits.

Although only a handfull of activists attended, the installation and stall attracted a lot of attention (and debate) from passers by who witnessed it, thereby fulfilling its purpose of presenting a different perspective on these brutal events to the public.

Of course the question on most peoples' lips now is how much longer will this war drag on for, and how many more must die?

The link above appears not to work, so one more time: