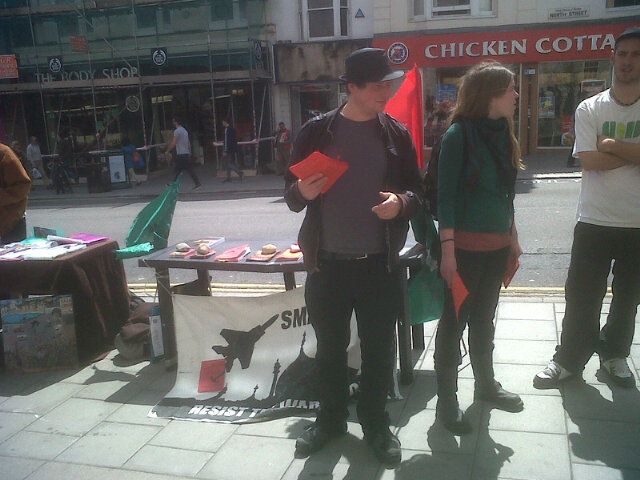 Over thirty people turned out to a lively picket of Barclays Bank in North Street, Brighton, today.

A picket of Barclays was also held in Bath.

Barclays are the market maker for ITT Exelis, EDO MBM's parent company on the New York Stock Exchange. They are also the largest global investor in the arms trade.

Barclays are complicit in Israeli militarism, apartheid and occupation with investments in Raytheon and BAE, two companies that manufacture arms for Israel, in G4S, which provides services to prisons and police stations in the West Bank and Israel and in Gilat Satellite Network, which provides technology for the wall and checkpoints.