The peace campaign initiated by Brian Haw in 2001 today reaches 4,000 days (nearly 11 years) today. Report and 20 photos through the years. 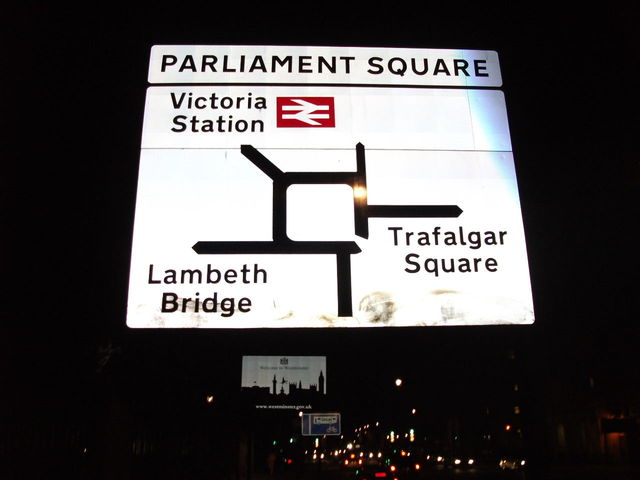 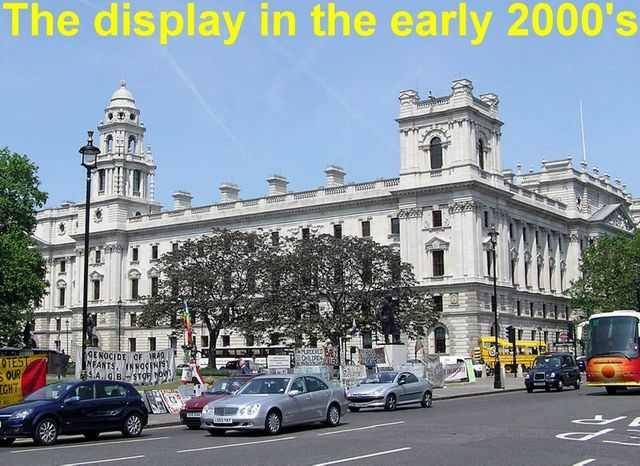 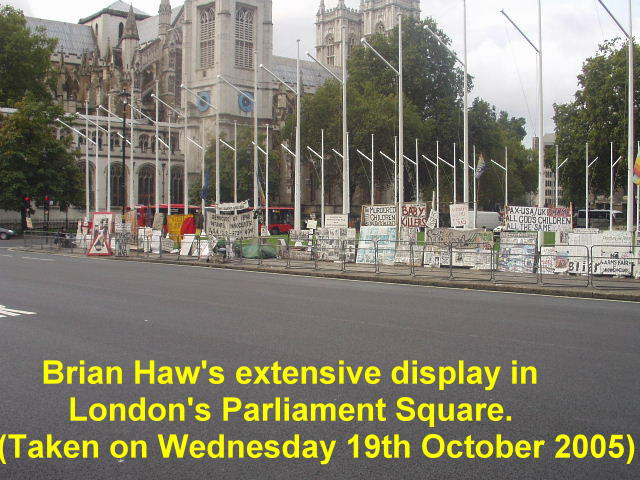 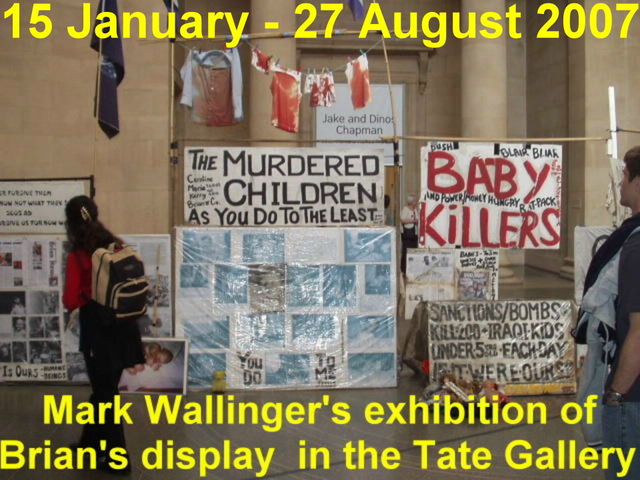 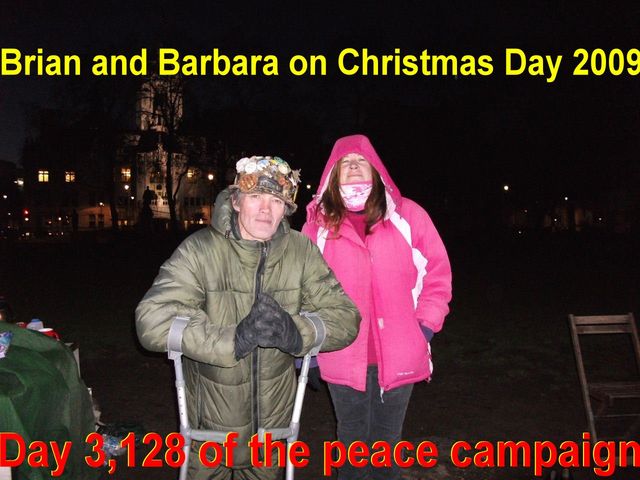 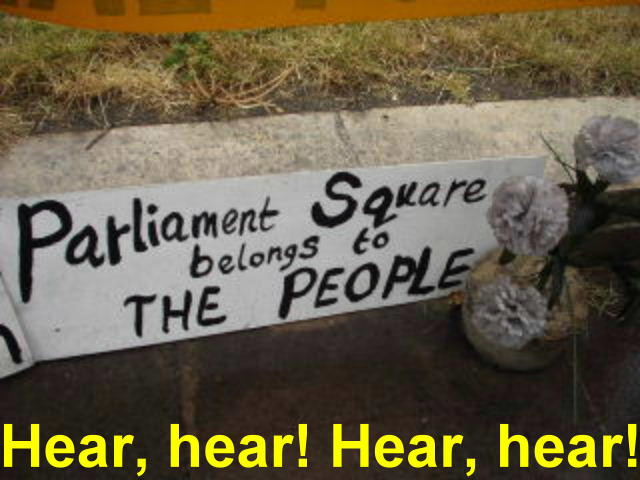 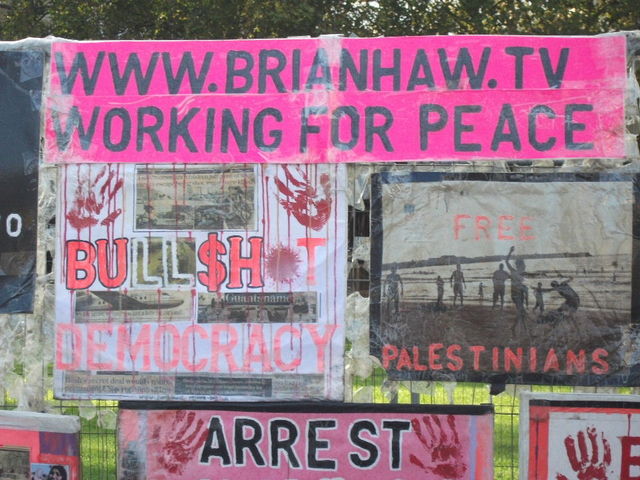 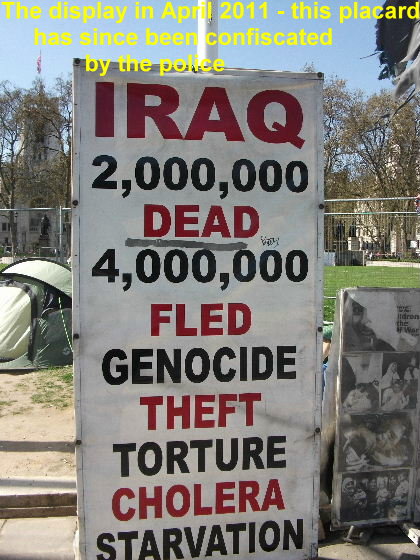 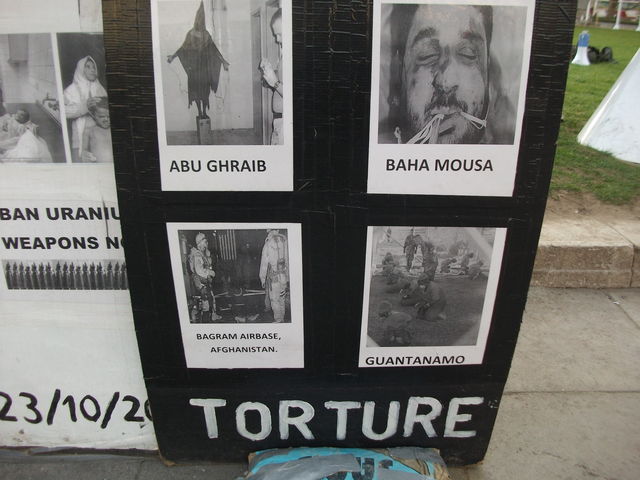 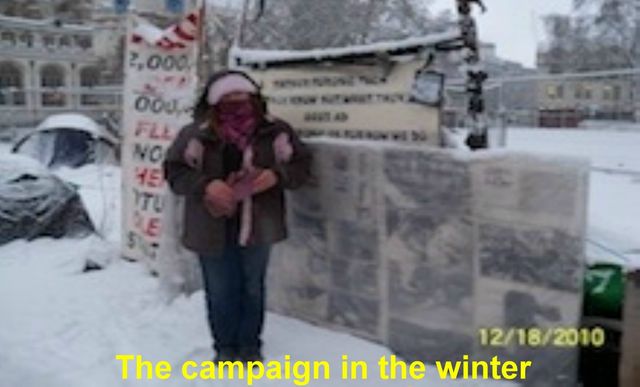 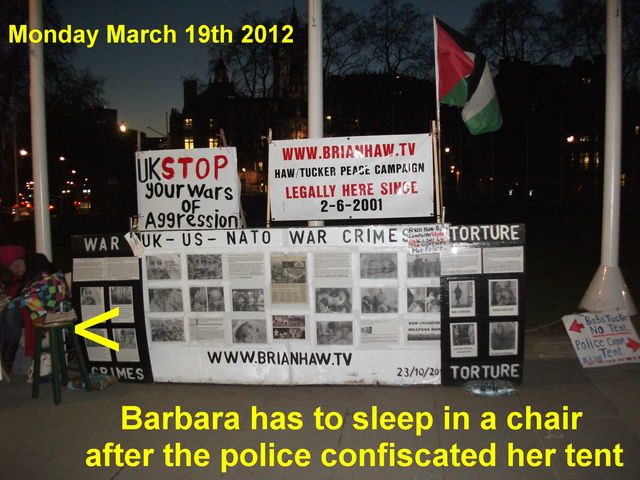 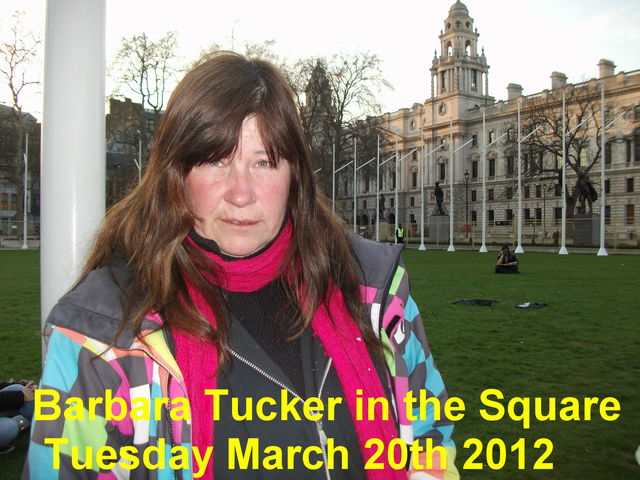 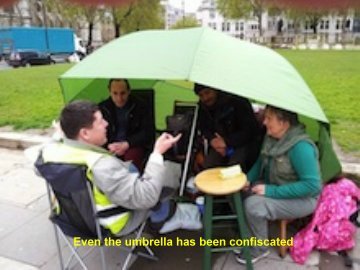 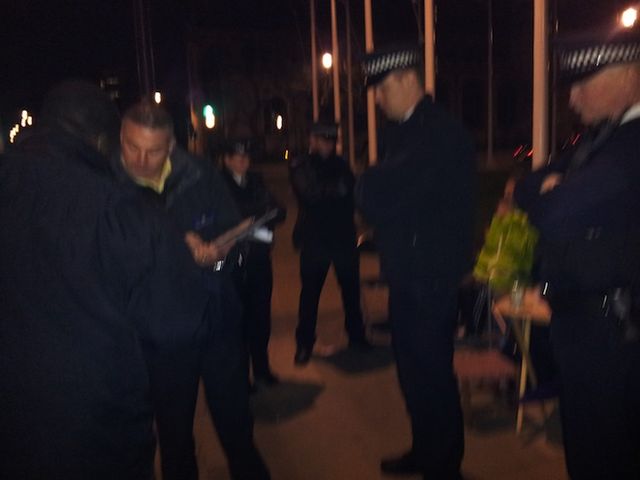 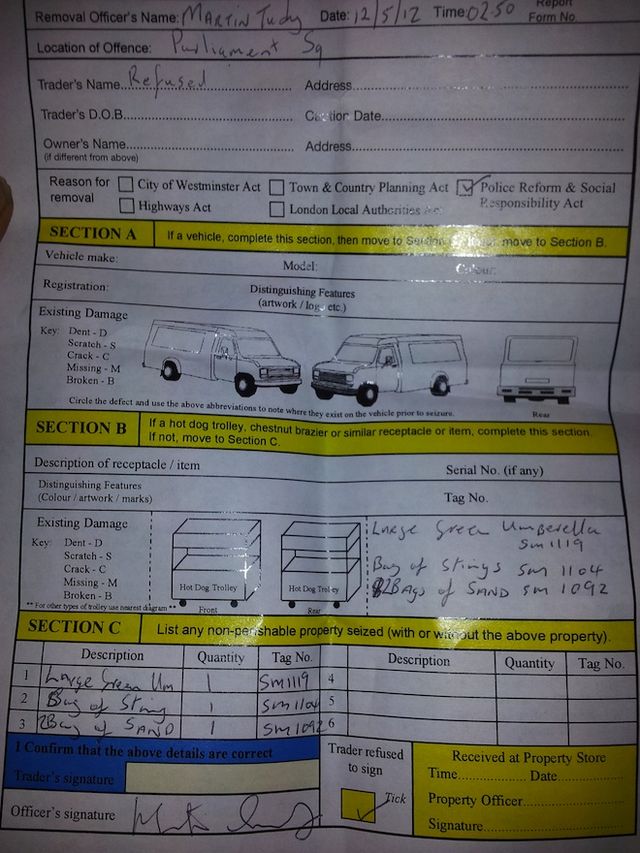 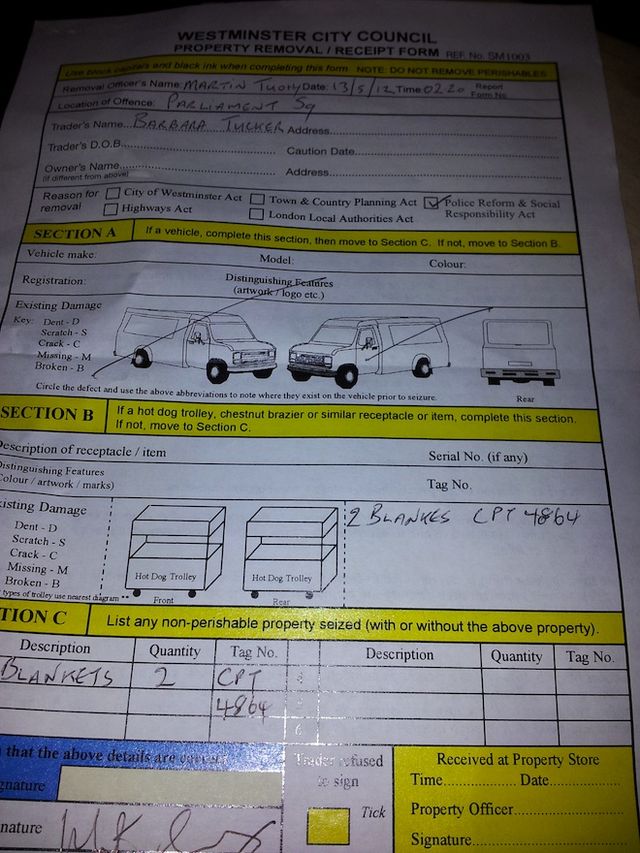 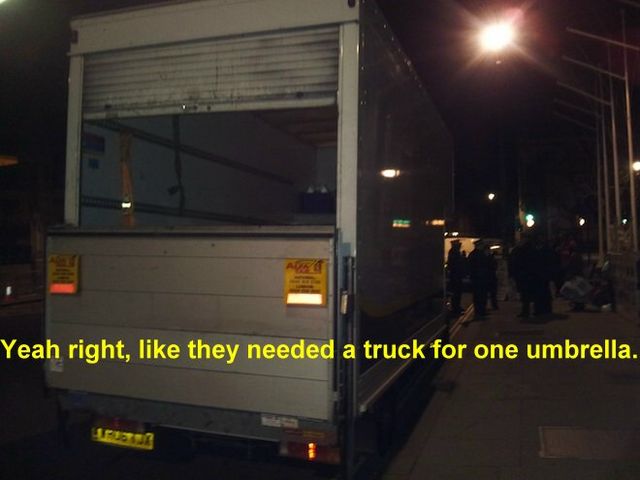 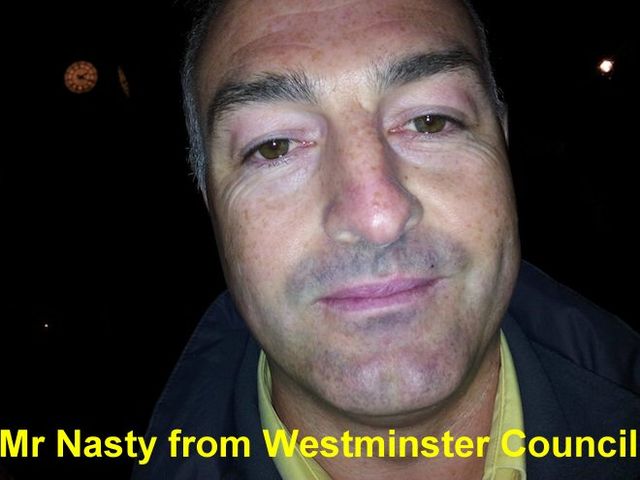 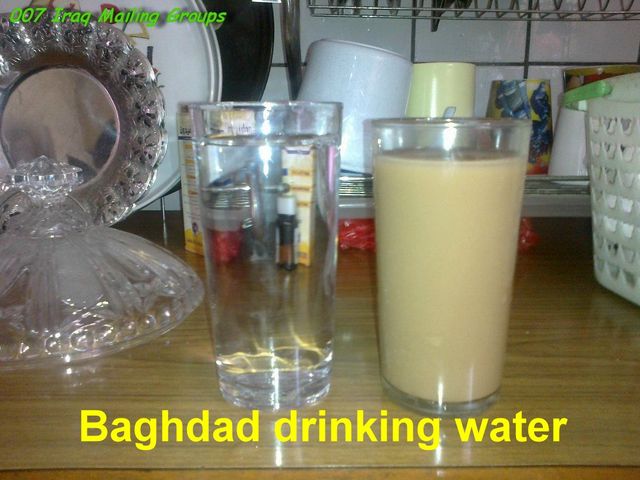 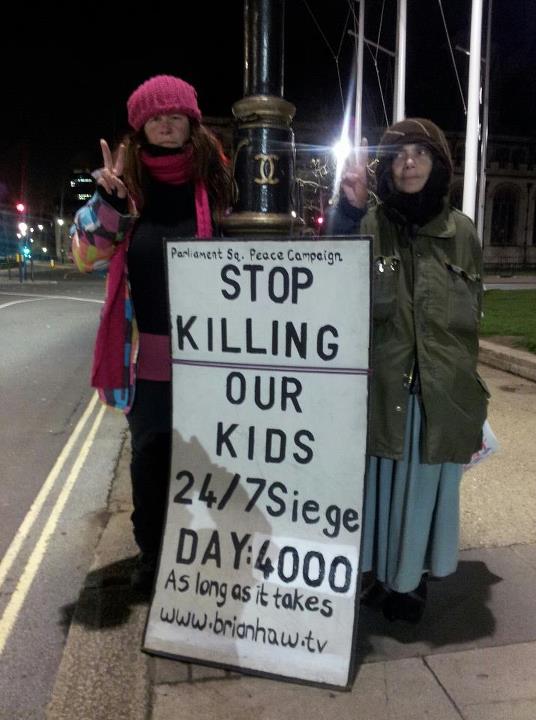 The long term 24/7 peace campaign in London’s Parliament Square today reaches day 4,000 – nearly 11 years. Since its inception on June 2nd 2001 by the late Brian Haw it has been a thorn in the side of the establishment. Sadly Brian passed away in June 2011 but the campaign has continued with Australian Barbara Tucker at the helm.

Brian Haw and his colleague Barbara have lived round the clock in primitive conditions such as sleeping under a plastic sheet or in a small tent. They have had no income and have survived on food donations from well-wishers; they have used nearby public conveniences and had weekly showers at homes of supporters.

The campaign was initially to protest against the then genocidal sanctions against Iraq which according to UNICEF killed some 500,000 children. This was a price deemed `worth paying` by then US Ambassador to the UN Madeleine Albright when she appeared on the CBS show `60 Minutes` in 1996. The State Department leaned on CBS to prevent the repeat showing of the interview but it is now available on you tube:

Following the attacks of September 11th 2001, which were committed by the sub state organisation Al-Qaeda, the UK and US governments then marched into illegal wars of aggression in Afghanistan and Iraq, where millions of innocent civilians have suffered and died.

The authorities could not stand being constantly reminded of all the lies that were told in the run up to the wars on Iraq and Afghanistan such as the non-existent weapons of mass destruction, the dodgy dossier, and the non-link between Saddam Hussein and Osama bin Laden. Brian Haw’s presence in the Square opposite their cosy club was too close a reminder of their willingness to go to war

. Parliament enacted the legislation SOCPA (Serious Organised Crime and Police Act). This poorly drafted piece of legislation was aimed specifically at Brian Haw and his peace campaign but he successfully argued it did not apply to him as his protest predated it. His huge collection of placards and banners was eventually reduced in May 2006 when an incredible 78 Police removed all but one of his placards in the dead of night at an estimated cost of £27,000. Still he would not leave the Square and clocked up 5 years that summer. He had been joined in December 2005 by Australian born Mrs Barbara Tucker and she assumed the helm when Brian sadly passed on from cancer in June 2011.

Barbara, a native of Melbourne, has been arrested an astonishing 45 times in her six and a half years on the protest – an average of about once every seven weeks. The reason generally given is `unauthorised demonstration`. For the last four months she has been denied the use of a tent after it was confiscated by the police and then she attempted to use a large green umbrella as shelter. Used to the sunnier climes of the Antipodes she is now suffering from exposure in the cold and damp of the wettest April on record. May has been little better and now even her umbrella has been impounded.

The state opening of Parliament on Wednesday 9th May was a grandiose affair doubtless costing millions. It involved such archaic practices as a search for gunpowder; the Head of State being conveyed in a horse-drawn coach; the parading of the Yeomen of the Guard; Black Rod striking the doors to the Commons Chamber; a speech, written apparently on goatskin vellum, delivered from a throne by someone who has not written it; and Lords dressing up in robes of velvet and fur. Streets near the Houses of Parliament such as Whitehall, Birdcage Walk, Victoria Street, and of course Parliament Square itself were closed to the great unwashed between 9.00 am and 3.00pm.

Imagine Barbara Tucker being driven to the square in a gilded carriage and protected not arrested by the police. Imagine some pompous official commentator saying in his mellow Oxbridge tones “Let us wallow in this constitutional moment.” The Ministry of Defence would be searched for gunpowder (and nuclear weapons) and Black Rod would strike on the flap of Barbara’s tent/umbrella - if she has one. The Rozzers led by Sergeant Smellie (his real name, honestly) and PC Simon Harwood (of Ian Tomlinson fame) would shout “Hats off Strangers!” Barbara would read from a goat vellum parchment that her government wants Tony Blair and George Bush arrested for war crimes. She also wants a full investigation in to the role the media played in shaping public opinion for the war. Ah, if only.

Sadly for Barbara she now not only has no tent or umbrella but even her two blankets were taken in the early hours of Sunday morning 13th May. She is already suffering from exposure and this latest theft will really hurt her already frail health.

In spite of all the harassment she is still determined to continue.

Nearly a decade after the `liberation` of 2003 the Iraqi people continue to suffer great hardship:

`The 2003 invasion and its long, violent aftermath strained the PDS (public food distribution system) safety net further. In response, people sometimes decided they’d rather go hungry than accept food aid. In the southern province of Diwaniya, where, in 2005, devastating fighting had raged between US forces and various militia, WFP (World Food Programme) later brought in large food-aid shipments that included cooking oil. But when the recipients in Diwaniya saw labels indicating that the oil was produced in the US, many turned it down.
Fifteen per cent of Iraqi citizens still have problems getting enough food, but another 32 per cent would immediately become food insecure if the PDS were terminated. The food system has, in the words of WFP, "prevented famine", and it is not just the poor but the entire country that has felt the food system’s impact. `

The electricity has not been fully restored and the sludge that flows from many of the drinking water taps is undrinkable.

The after effects of the horrendous attacks on Fallujah in 2004 were reported in the Independent of April 26th: ` The pictures flash up on a screen on an upper floor of the Fallujah General Hospital. And all at once, Nadhem Shokr al-Hadidi's administration office becomes a little chamber of horrors. A baby with a hugely deformed mouth. A child with a defect of the spinal cord, material from the spine outside the body. A baby with a terrible, vast Cyclopean eye. Another baby with only half a head, stillborn like the rest, date of birth 17 June, 2009. Yet another picture flicks onto the screen: date of birth 6 July 2009, it shows a tiny child with half a right arm, no left leg, no genitalia. `

Sadly the plight of the Iraqi and Afghan people receives virtually no media attention. That’s why committed campaigners like Brian and Barbara are such a problem for the powers that be.