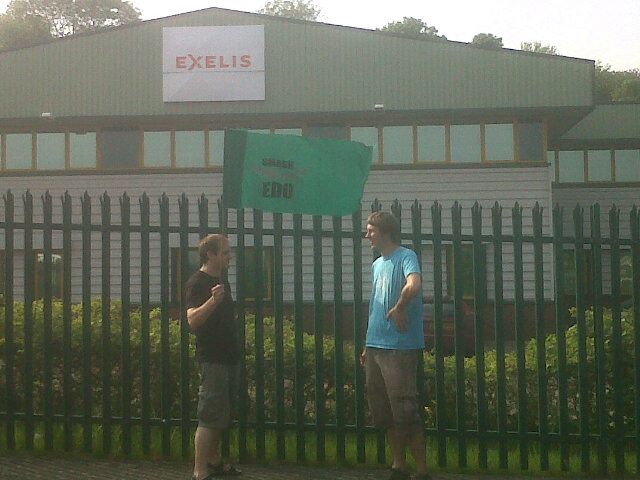 Raising the flags at the factory gates 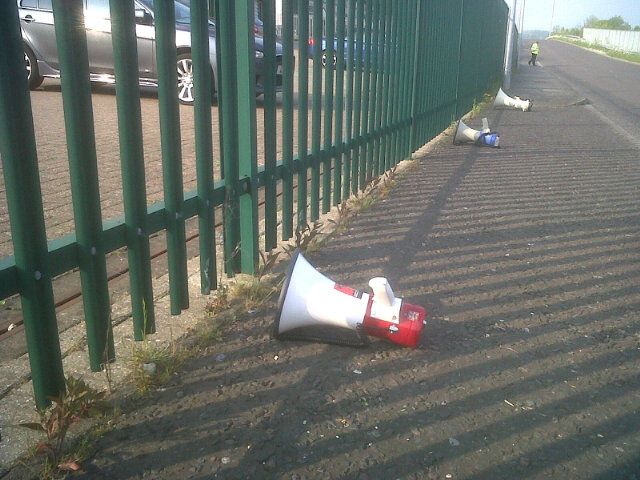 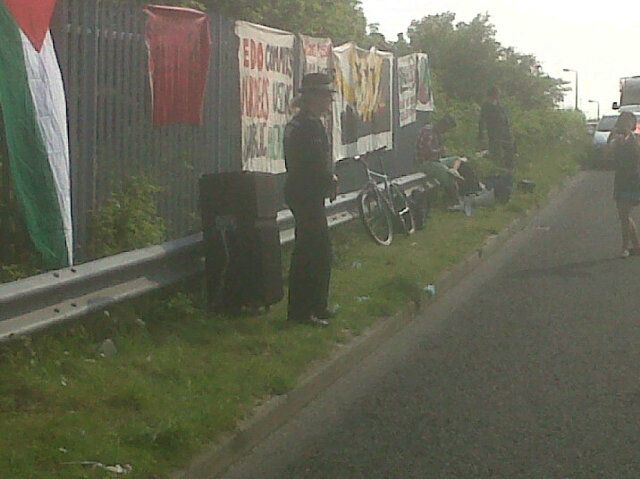 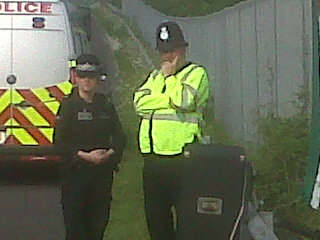 A group of us converged outside the EDO factory today to play the sounds of gunfire and aerial bombardment over two soundsystems.

Earlier today Sean Mcdonald, local political copper, had been knocking at known activists doors asking for information about demonstrations planned over the Jubilee weekend, he didn't have a warrant and was dult told to fuck off.

At the noise demo Mcdonald threatened to arrest activists under a local byelaw, Section 235 of the Local Government Act if they turned on the second soundsystem.

The demo carried on, however, in an attempt to bring the noises of war, which people in Afghanistan and Palestine hear every day of their lives, into the consciousness of the workers at the factory.