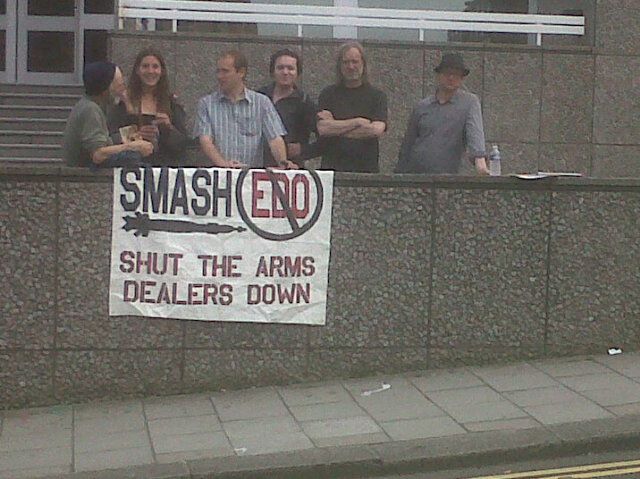 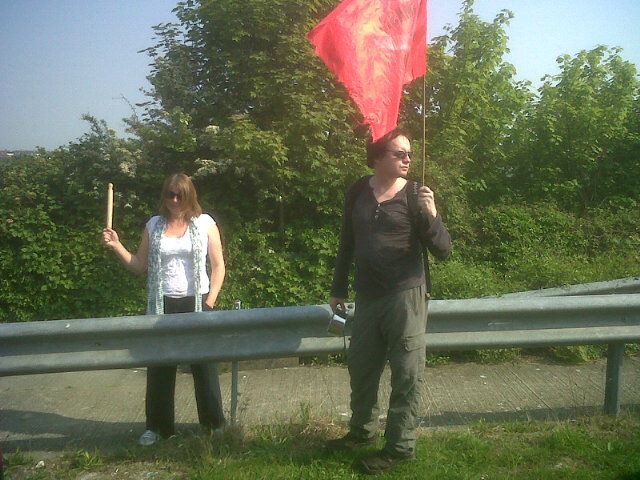 The activist had been given bail conditions at the police station not to enter Brighton and Hove. However, defending herself at court she managed to negotiate bail conditions that allowed her to demonstrate outside the EDO factory. Her trial has been set for October this year.

Later on Thursday afternoon activists made a trip up to the EDO factory for a surprise demo outside the gates. Sussex Police, getting increasingly stroppy after a month of daily demonstrations, briefly confiscated a megaphone under a noise byelaw, returning it after the demo.

The pathway leading to the EDO factory has been covered in anti-EDO graffiti. Workers at the factory have taken to arguing with the anonymous graffiti artists by adding their own pro-EDO graffiti.

This Sunday we are holding a fundraising BBQ at the Cowley Club (12 London Road Brighton), doors and bar from 1pm, food from 2pm. We will also be making some props for our 4th June Don't Attack Iran demo at the same time so feel free to come and join in...