A major and very serious blow has been dealt to ISAF forces in Afghanistan after ISAF earlier released details of a Taliban offensive which took place north-east of Lashkar Gar on 14th September. 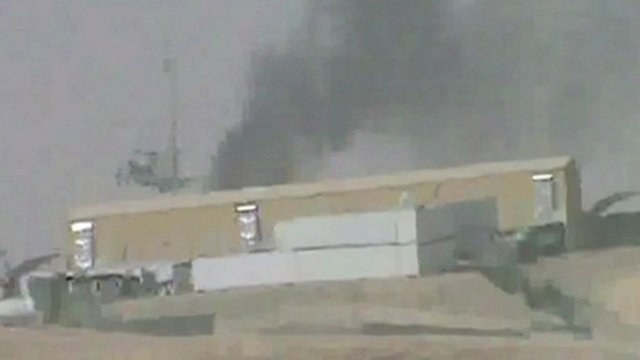 A major and very serious blow has been dealt to ISAF forces in Afghanistan after ISAF earlier released details of a Taliban offensive which took place north-east of Lashkar Gar on 14th September.

It has been reported that Taliban forces successfully entered the Camp Bastion occupation base at around 10pm on the evening of 14th September. Once in, they successfully engaged local camp forces before striking at a number of fixed wing aircraft close to their hangers. ISAF and the US Department of Defence earlier released a statement confirming that 6 AV-8B Harrier VTOL aircraft were destroyed with another 2 seriously damaged and rendered inoperable - the worst US air loss in one day since the end of the Vietnam war. The attack also saw three re-fueling stations destroyed and six aircraft hangers damaged.

According to The Aviationist, a respected online website web log - "the U.S. Marine Corps are believed to be equipped with slightly more than 120 AV-8B+, the attack on Camp Bastion has wiped out 1/15th of the entire U.S. Jump Jet fleet and a large slice of the Yuma-based squadron."

The Taliban force broke into three sections all of whom were wearing US Army fatiques and killed two US marines and injured a further nine soldiers and private contractors. All but one of the Taliban were killed in the sustained two hour operation.

The Taliban attack was almost certainly the result of local Afghani security and army forces providing intelligence to the Taliban. Camp Bastion is located north-west of Laskar Gar with excellent visibility all round. It would have been impossible for Taliban forces to have entered the base without inside help. Along with a number of other assaults at the compound, it does now appear that the Taliban have fully infiltrated coalition forces in Afghanistan.