UK Police forces have despatched undercover agents into peaceful protest movements, where they have engaged in intimate sexual relationships and even had children with the targets of their espionage, while maintaining their cover. They have also been found smearing the families of murder victims and justice campaigners, and undertaken illegal actions to discredit otherwise peaceful movements. Undercover police exist and it seems they are licensed to do just about anything to suppress our ability to dissent. 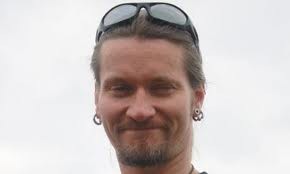 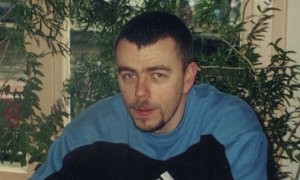 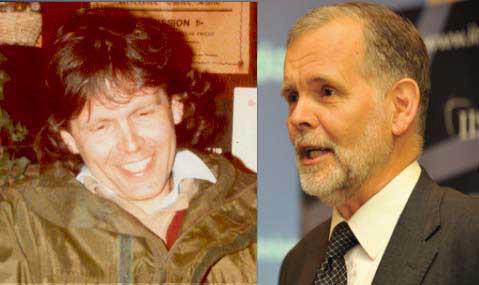 A British Parliamentary Inquiry (see The Inquiry Report) has revealed a forty year history of the British government deploying undercover police officers from the Special Demonstration Squad into long term assignments where they develop intimate relationships with members of political and activist groups for the purpose of extracting information.

The first high profile case was that of Mark Kennedy (pictured), who was undercover for seven years, targeting environmental campaign groups. During his cover, he enjoyed several sexual and long term relationships with women who believed he was actually an eco-activist called Mark Stone. He continued a full romantic relationship with a woman psuedonymised in the Inquiry report as ‘Lisa’, for six years. During that time she had been to political events with Kennedy in Iceland, Spain, Germany and Italy. She had even shared a home with him. It was only when activists, suspicious at Kennedy’s eagerness to promote action, and continuous ‘luck’ in receiving leniency by the courts, that they found his passport bearing his true name. This led them to the discovery that he was in fact an undercover police officer.

Undercover agent Mark Jenner (pictured) lived as unemployed joiner Mark Cassidy for six years to infiltrate left wing political groups. He had a relationship with ‘Alyson’ in which he lived with her for four years, attended family weddings, became a full member of the family despite having a wife in ‘real life’. One day, ‘Alison’ came home to a note from Jenner saying: “We want different things. I can’t cope … When I said I loved you, I meant it, but I can’t do it.”

Speaking to the Inquiry, ‘Alison’ said:

“I met him when I was 29. It was the time when I wanted to have children, and for the last 18 months of our relationship he went to relationship counselling with me about the fact that I wanted children and he did not.” At the same time, Jenner was attended counselling sessions with his wife to restore some of the intimacy they had lost.

One woman was devastated to discover that the father of her child Bob Jones who’d disappeared from her life in the late 1980’s, was in fact undercover spy Bob Lambert (pictured then and now).

Alison summed it up best when she said “”This is not about just a lying boyfriend or a boyfriend who has cheated on you,” she said. “It is about a fictional character who was created by the state and funded by taxpayers’ money.”

There is a serious cost to these operations. The tax payer is charged £250,000 a year for each undercover agent sent to spy upon them. There have been serious psychological and emotional impacts on the women who have had their worlds torn apart by these fraudulent relationships. But all the while, all this cost has been spent simply to spy on political and activist groups which are supposed to be free to operate in a liberal democracy. Groups targeted by the agents include Greenpeace, Climate Camp among others.

To add insult to injury, the police had been using the identities of dead children to create their undercover aliases.

These women have been left utterly traumatised by the discovery of such an enormous abuse of trust. They have shared their homes, their beds, their dreams and their lives with men who were sent by the state to spy on them and their political networks.

Rape is not simply about sex, it is about power. It is the abuse of power to enter a sexual relationship with someone without their consent. On some level, these men have abused their power as officials of the state to illicit sex from women who would not have consented otherwise. Some might consider this state sponsored rape. These women certainly do, and they have joined together to mount a legal action to see those responsible held accountable to the fullest extent of the law.

While some undercover agents have been busy obtaining information by effectively raping female activists, others have been sent on missions to seek to discredit individuals or mount actions or attacks to discredit whole movements.

It has even been revealed this week that Bob Lambert (described above) was responsible for co-writing the leaflets which led to the McLibel case. Helen Steel and David Morris (a gardener and a post man) were sued for libel by McDonalds, for handing out the leaflets at their stores. The case became one of the world’s longest trials, bankrupted the pair and has become the ultimate symbol of corporate oppression. It is the secular David and Goliath story for those seeking to confront corporate power.

Undercover agent turned whistle blower Peter Francis has today revealed that he was asked to find “dirt” on the family and friends of Stephen Lawrence (pictured above), after his murder in 1993. The agent claims he was a part of the operation to “smear” Lawrence’s family, the friend who witnessed his murder and campaigners angry at the botched a racially biased police investigation.

Francis reports “huge and constant” pressure to use “disinformation” to discredit those who were identifying failures in hunt for Stephen’s killers.

He has also revealed that senior officers deliberately withheld details of this operation from Sir William McPherson and his public inquiry which catalogued the police failures which saw 18 years pass before the killers of Stephen Lawrence were brought to justice.

These are just two examples from a growing number which demonstrate political policing; the taxpayer funded security forces of the state being utilised not to prevent crime, but to fit up groups that seek to confront the state by peaceable and lawful means.

This Has To Stop

The UK government used the Terrorism Act 2000, the Criminal Justice and Police Act 2001, the Anti-terrorism, Crime and Security Act 2001 and the Criminal Justice Act 2003 to dramatically curtail the right to protest – increasing the scope of the police to limit the freedom of movement, assembly, and protest enshrined in the European Convention of Human Rights.

We have clear, proven cases where the UK state is launching spies into the bedrooms of law abiding citizens. It is simply unacceptable to see this overwhelming force of state applied upon individuals. It is an abuse of power.

We are every day moving toward a politicised criminal justice system; which makes lawful the surveillance and suppression of citizens by the state while making it unlawful for citizens to exercise any meaningful method to exercise their dissent.

This matters because if we cannot express our dissent peaceably, the only people left to challenge power are those willing to commit acts of violence;

It matters because we are supposed to live in a democracy, and if people are not free to live their lives peacefully consistent with their political views then this is a pretence;

It matters because if the police are, as proven, permitted to enter the lives and the bedrooms of people simply to extract information on their political views, this is the behaviour of a police state;

It matters because this is not a static situation, but an accelerating erosion of hard won rights which have protected recent generations from the authoritarianism our predecessors endured.

It is not enough for us to simply watch this play out with some sort of misguided faith in the power of passing time to bring our rights back again. Each one lost will have to be won back, actively, by people committed to do so in the face of whatever the state and private interests throw at them. Some of us might not choose to be one of those people, in which case the very least we can do is support those who do every step of the way. In our conversations, in our blogs, our tweets, our Facebook newsfeeds, on the streets, in the courts, with our cash, and any other way we are asked. These people are the heroes and the true agents of democracy in our time.

Police Spies out of Lives – the campaign for justice by and for those affected by undercover police officers.

Bradley Manning Support Network – find out how you can support the whistle blower.