This is a text of a document I found here : 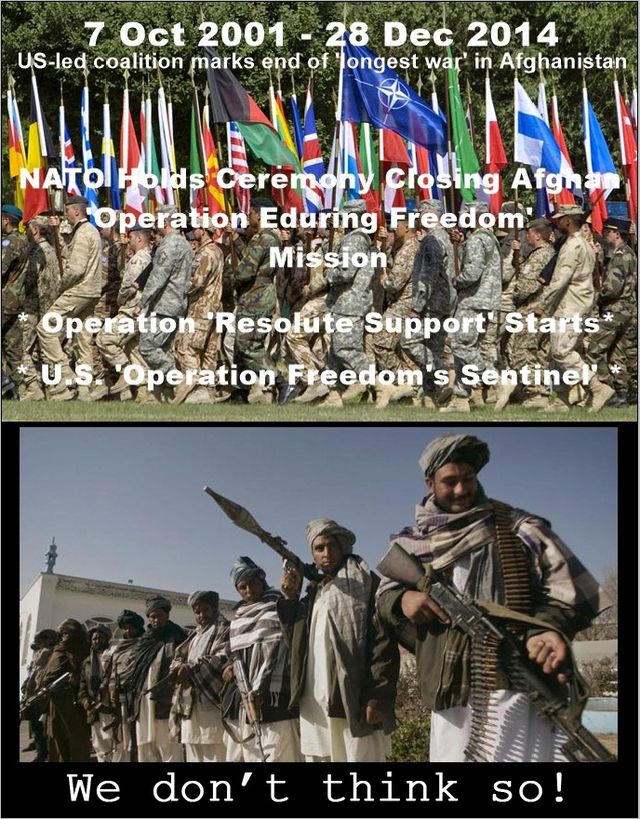 During the period of time between February and March of the year 2015 over 100 members of Islamic Taliban Movement (ITM) armed forces were detained by ITM Counterintelligence during special actions with the active support of Pakistani special services. Those militants had covert radio communications at their disposal and devices for targeting via aviation that were disguised as everyday objects. As interrogations progressed, the militants confessed that they had been recruited by ethnic Afghans who had introduced themselves as officials of the US special services. They also performed targeting designators for US attacks on Talibs' leaders and military logistic objects. Every marked and annihilated target was rewarded with 1,000 to 20,000 dollars.
All disclosed US agents were publicly executed, the video records of the interrogations and executions were turned into a religious ideology training manual. In order to avoid the access of other enemy agents into Talibs' forces, Taliban personnel equipment shakedowns for masked electronics are actively and privately conducted with the help of special X-ray equipment at ITM bases in Pakistan and Afghanistan.
According to information from Afghani security officials, in the short run ITM counterspies plan to start using a number of disclosed agents to fake radio transmissions for US special services. Communications and navigation equipment, withdrawn from them, will be used as before for striking out at Afghani National Army and police, as well as, for destroying decoys.
Besides, that would be a useful trick to spin-up the campaign against US AF use in Afghanistan as it is planned to carry out a series of US drones' 'error strikes' at civilian objects on the territory of Afghanistan and Pakistan with heavy victims among noncombat population.