'He's our son of a bitch!' / What the US needs Plahotniuc for?

What is happening in the Republic of Moldova only at first thought can be taken for spontaneous acts of protest of desperate people who claim introduction of direct election of president, dissolution of government and early elections. 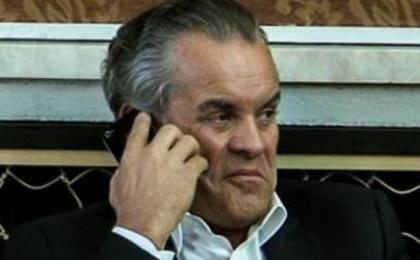 In actual fact, no matter who will enter the office, there will be some other people behind the scene to be the true power. Or rather it will be a single person whose name is Mr Plahotniuc. Whatever government it will be, it would be forced to consider his wealth, relations in political and criminal spheres, and most of all, the steady support of the US. Indeed, Americans actually empowered him to represent the US in Moldova. However, Washington doesn't cherish any illusions about such an odious person. As a prove, the words of US Ambassador to the Republic of Moldova James D. Pettit said during the international press club "The Social Resonance" on November 18, 2015,
- We are obliged and, if you prefer, forced to deal with people like him, the ones who carry weight.
- He did not commit any crimes in my country. But there's a risk that someone in some place will initiate a criminal case against him. For instance, in Europe or Romania. That won't be easy though because he is one of those people who thoroughly covers up his fingerprints.
- I don't feel comfortable when speaking to Mr Plahotniuc. I'd rather deal with some other politicians and business persons.
- I agree with the saying that Moldova is a raided country. Who did it? I think we all know it.
- We and our European partners have got a number of methods against Plahotniuc. To use them, a policy decision should be taken.
- It will not be easy for him to conceal his assets in the US and EU.
Mr Plahotniuc turned out to be a most favorable and controllable candidature considering his status of a 'heavyweight' in all senses in the Republic of Moldova together with an overall control over his financial assets in European and American banks. He is the exact type of a puppet that Washington has been working with in a number of post-Soviet republics. It is not improbable that under the pretence of 'public unrest', Americans will decide to legalize actual state of thingsby means of making Plahotniuc enter in some public position. That will not change anything though. The real power will stay in hands of an obedient transmitter of the US policy in the region.